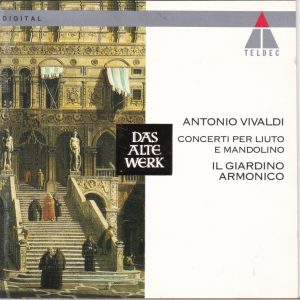 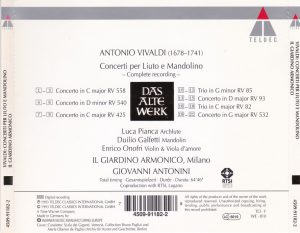 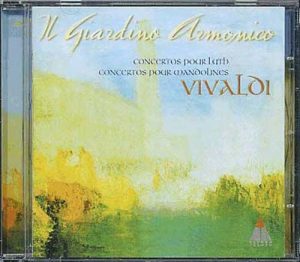 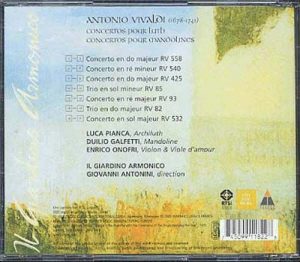 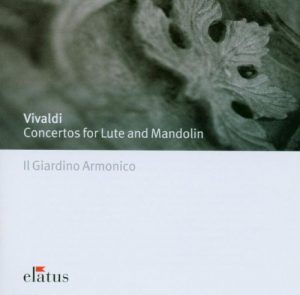 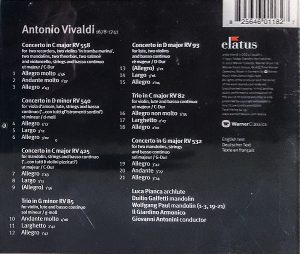 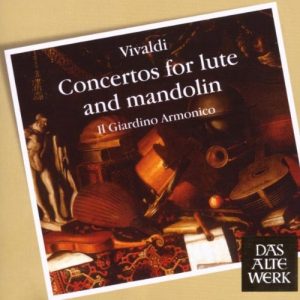 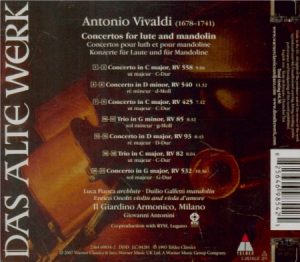 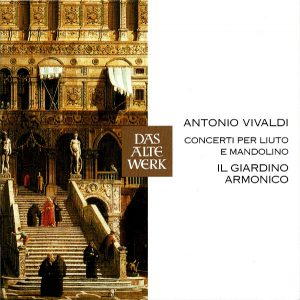 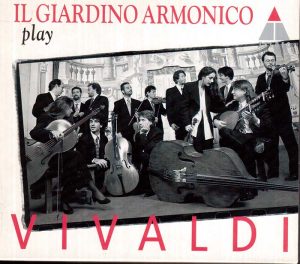 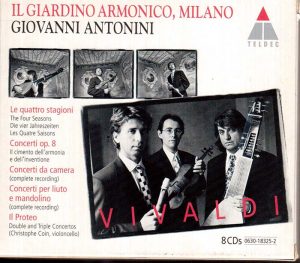 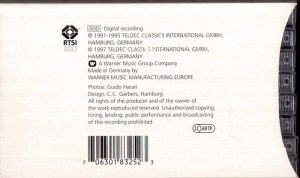 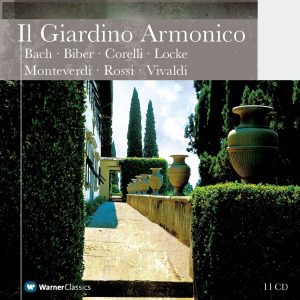 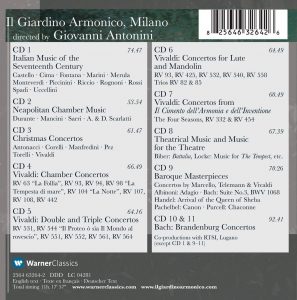 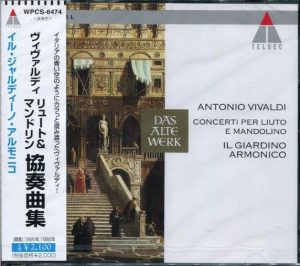 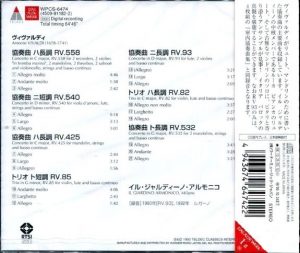 When you’re on the roller-coaster, there’s this point when having slowly gone up, it suddenly goes down: brace yourself, too late to get off, make sure seat-belt is fastened, stiffen your neck for the acceleration, and whiiiiizz! off you go.

That’s exactly what you’ll feel when you listen to track 1, the magnificent Concerto RV 558 for two recorders, two “tromba marinas” (contrary to what their name implies, they are instruments of the violin family), two mandolins, two theorbos, two salmoè (an ancestor of the clarinet) and cello. It’s like, wow. A gush of violent sirocco hitting your face, wild, almost raging. In comparison, as good as they are, Pinnock and his English Concert (in their 1985 “Alla Rustica” recital, on Archiv 415 674-2, barcode 028941567420) sound tame and proper.

Same with RV 540 for viola d’amore and lute, which is on Pinnock’s companion “L’Amoroso” recording, made in 1986 (Archiv 419 615-2, barcode 028941961525, from 1987). Here it isn’t so much a matter of tempo, Pinnock is not considerably slower than Antonini and Il Giardino in the first movement, and exactly comparable in the Finale. But the articulation! In the opening Allegro Il Giardino’s strings play with a pointed staccato which adds tremendously to the music’s dramatic impact. Pinnock is fine, but in comparison he sounds again somewhat tame, and doesn’t keep you on your toes as Il Giardono does. Some might take exception, based on the fact that this staccato playing isn’t explicitly called for by the score, but it is so imaginative and makes the music so much more interesting! Same thing in the Finale: Pinnock is fine, but at a comparable tempo there’s so much more energy with Il Giardino. Roy Goodman was the viola player for Pinnock and he was already when he recorded the same concerto a year and a half earlier with his own ensemble, The Parley of Instruments, “Music for Lute and Mandolin” on Hyperion CDA66160: the ensemble sounds much leaner, astringent even, in comparison to both Pinnock’s English Concert and Il Giardino Armonico, but his tempos are lively and I would be very happy with that version in the absence of the Italians… but again in terms of imagination of phrasings he is not in the same league as Il Giardino. Like Pinnock’s (and unlike the Parley’s), Il Giardino’s middle Largo is slow, but it’s tender, never sentimentally wailing, and again there’s great imagination in the ornamentation of the repeats.

And again, just to point out some details, in the Larghetto of Trio RV 82 for violin, lute and continuo, as beautiful as is the Parley of Instruments in itself, Il Giardino is simpy in another dimension, through two unbelievable touches of imagination and freedom: playing the lute’s grace notes as glissandos, and playing both the basso continuo AND the solo violin part pizzicato, changing the music into raindrop or tear music – and really, turning a very pretty Larghetto in one of Vivaldi’s most sublime inventions. Or the way they render Vivaldi’s staccato in the first movement of the companion trio RV 85: so much more imaginative and poetic than their competitors. Or the whole Concerto for Mandolin RV 425: there, in the first movement, the manuscript requests that “’if possible the violins should play pizzicato”: this, Il Giardino Armonico does, and the effect is extraordinary, both beautifully Venetian but also making it all sound like some giant cimbalom, but they also extend it to the next two movements, and the Largo in particular gains a breathtaking restraint, just drops of mandolin against a few punctuations from the strings.

There’s a lot more I could comment upon – in fact, in all those works, in every single movement, even if other versions and other approaches that I have in my collection – in particular those of Pinnock and of The Parley of Instruments – can be very enjoyable in their own right, there is always at least a little something – and oftentimes very significant things – that makes me prefer Il Giardino Armonico: more energy, more drive, more fire and passion, more enthusiasm, but also more imagination, invention and freedom in their phrasings and articulation. This is not Vivaldi at tea-time, this is not, as in another competing CD by lutenist Michel Amoric and friends on the French label Adès (14.024-2, barcode 3129671402429) Vivaldi played for the maidens of the nobility under surveillance from their duegnas, not Vivaldi transplanted in the aristocratic salon of Queen Marie-Antoinette, it’s Vivaldi in the tavern, Vivaldi of blood, sweat and tears.

To some ears this, or at least some of this may seem over-the-top – if I may, inadvertently, continue my roller-coasting metaphor. Not for me: I think Il Giardino Armonico is the best thing that has happened to Vivaldi since his appointment at Ospedale della Pietà. But the others, Pinnock, The Parley of Instrument, may retain an appeal for those whose heart condition forbids that they do extreme sports. They need to know, though, that they’ll be missing something truly unique.

Gratitude to the International Music Scores Library Project and its dedicated contributors for making all these scores available online for consultation.