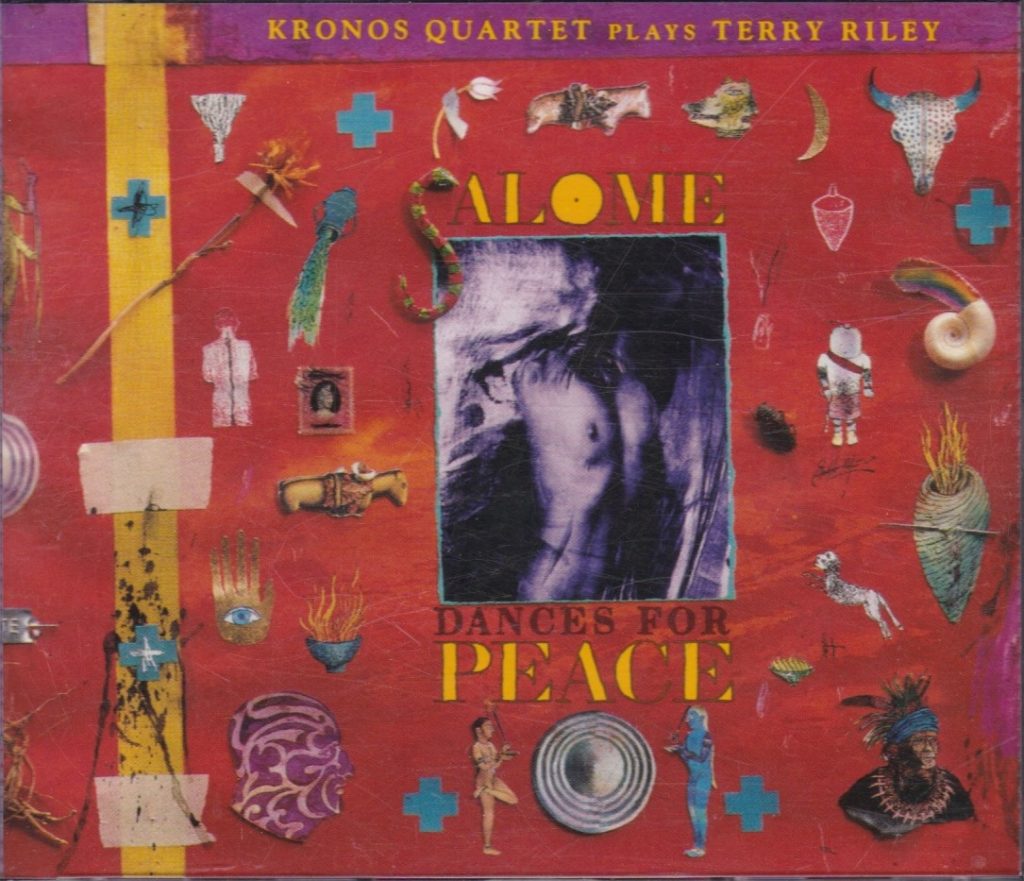 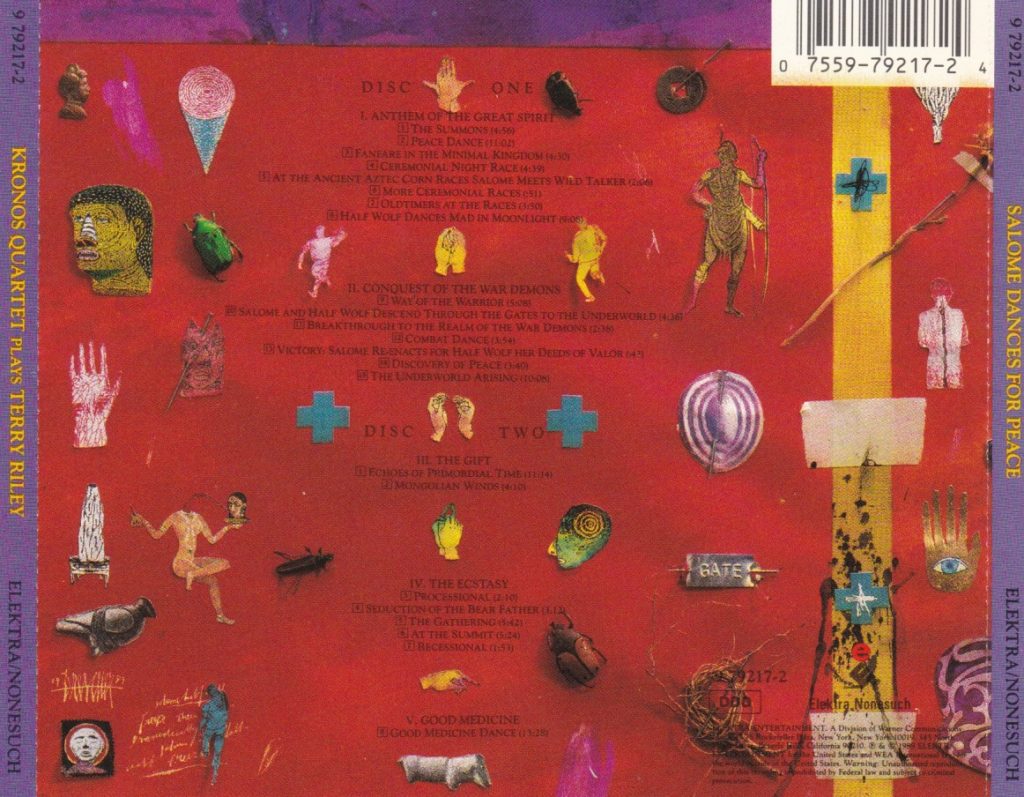 On my shortlist of favorite string quartets from the second half of the 20th century
Originally posted on Amazon.com, 12 July 2010

In the late 1970s and early 1980s, Terry Riley initiated a fruitful collaboration with the Kronos Quartet, met at Mills College. Although the inventor, in 1964, of “minimalism”, with his seminal “In C”, Riley wasn’t the main proponent of that style. He let that to Reich, Glass and Adams in the US, and to composers like Nyman, Pärt, Gorecki, Tavener, Andriessen in Europe. Incidentally, I prefer to call it “repetitive music”, to distinguish it from the true minimalism of Morton Feldman, Giancinto Scelsi, Helmut Lachenmann or Salvatore Sciarrino, a music mostly slow-moving, made of very sparse and minimal musical events, often at the threshold of silence, each of them thus acquiring tremendous impact. On the other hand repetitive music, although based on small cells ever repeated and pulsating, can be very thick and busy, thanks to its processes of piling and tiling and rhythmic “out-of-syncic”

Anyway, Riley soon moved on to night-long keyboard improvisations in the manner of his teacher and mentor LaMonte Young (of which The Harp of New Albion, on Celestial Harmonies 2 CD CEL 018/19 14018-2 – an all but “minimal” piece – gives a good idea) and to North-Indian raga, under the tutelage of Pandit Pran Nath. So the collaboration with the Kronos Quartet came at the right time and enabled Riley to return to the West’s time-hallowed instrumental combination, with entirely new ideas and fresh views.

He infused his quartets with his love and fascination not only for North-Indian music, but also for North-American Indian Folk-music. Thus the quartets are closer to the kind of “World Music” the Kronos Quartet soon became associated with, but that doesn’t make them “simple” music, and Riley uses to full effect all the instrumental and expressive possibilities of the medium.

The first batch of quartets, completed between 1980 and 1983 and collated on Cadenza on the Night Plain, Gramavision R2 79444 (1988), were already wonderful, dance-like and dynamic, colorful, easy-listening without being facile or pandering. If possible, Salome Dances for Peace, composed between 1985 and 1986, goes even further and is freer and more inventive in its expression and language. It is a quasi-ballet, but its narrative doesn’t really matter, and one can very well listen to this two-hour long set as pure music. Salome is called back from the dead to perform again her dances, “as an embodiment of the feminine force”, but this time to win back peace on earth, with the help of the shaman-warrior Half-Wolf. So, buy it or not, but whatever the underlying story, the music is wonderfully colorful and inventive, 20th century timeless, immensely appealing, going through a wide variety of moods, very free in construction but the juxtapositions always sound organic. This is not high-browed music (and don’t get me wrong: I enjoy high-browed music) but still it is highly cultivated, drawing upon a vast but concealed knowledge of both vernacular and art music.

Among my favorite String Quartets from the latter half of the 20th Century – all the way up there with those of Ligeti, Dutilleux, Lutoslawski and Isang Yun, to name those that come to mind as I write.