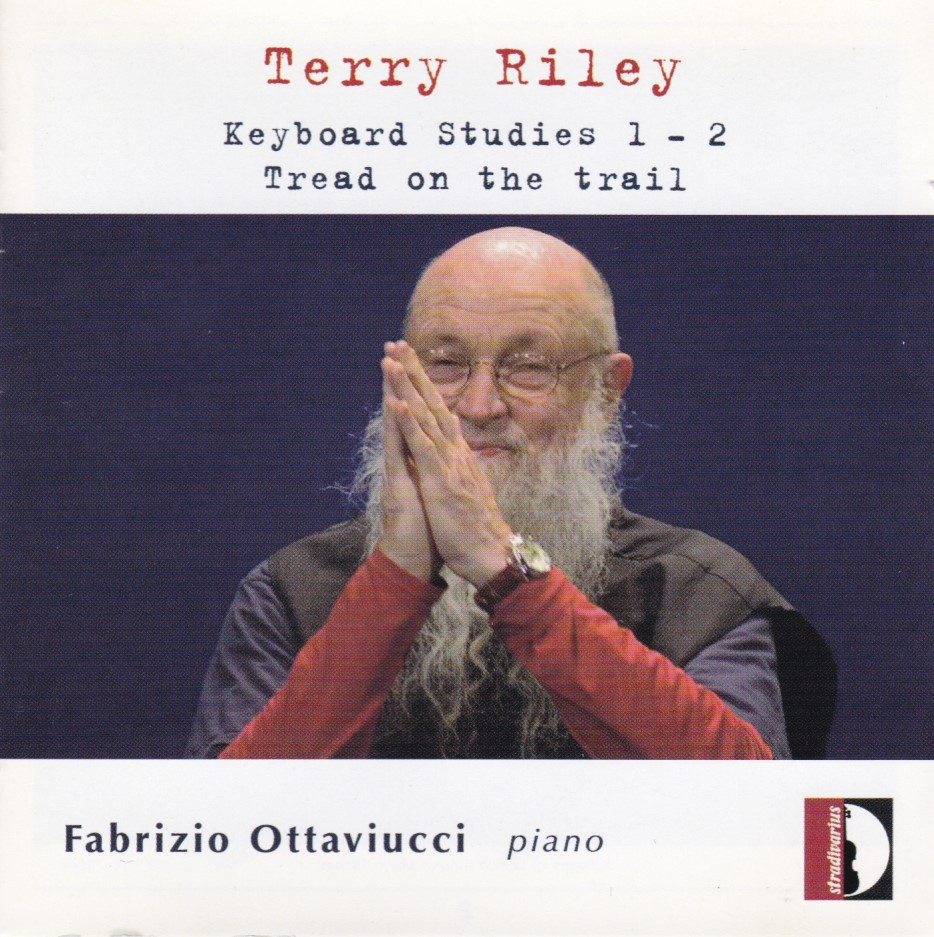 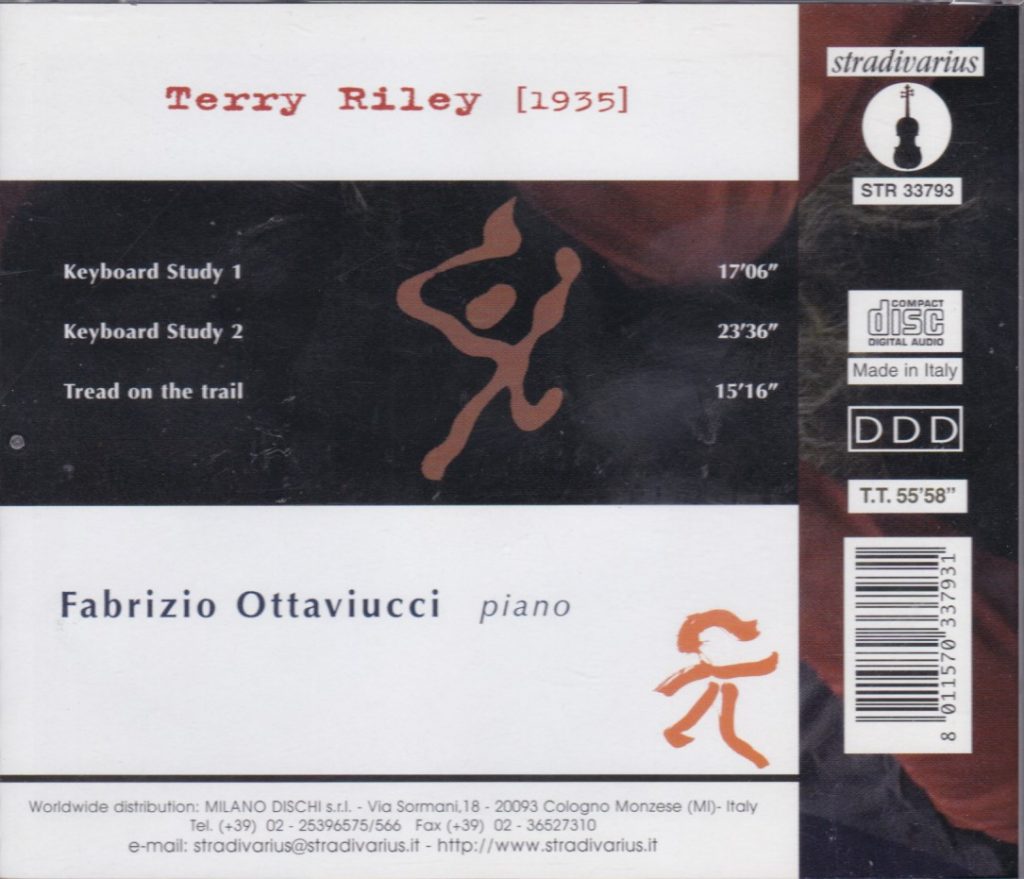 As essential as “In C”
Originally posted on Amazon.com, 24 August 2010

Although he was, in particular with his seminal “In C”, the inventor of repetitive minimalism in 1964 (although he himself claims that it was all masterminded by his mentor and friend LaMonte Young), Terry Riley has not been the main proponent of that aesthetic. He left that to his immediate or distant followers – Reich, Glass and Adams plus a flock of European composers who began to surf the wave in the late 1970s – and rapidly moved on to other things, mainly North-Indian Raga. My first and most overwhelming encounter with the music of Riley was with the series of string quartets he composed for the Kronos Quartet in the early to mid-1980s (Cadenza on the Night Plain on Gramavision (1985-8), Salome Dances for Peace on Elektra Nonesuch, 1989) which signalled Riley’s return to “traditional” composition and notation, but imbued the new sap acquired through years of studying and practicing North-Indian music and other non-Western musical traditions.

The main attraction of the two Keyboard Studies though is that, composed the same year as “In C”, they date indeed from Riley’s repetitive/minimalist years. Be prepared for “In C” for one keyboard and two hands. If I understand the liner notes, the Studies consist of a given number of “cycles” (I suppose they are simple melodic/rhythmic cells as in “In C”), which the pianist can combine in the order he chooses, both hands acting independently. “Thus the interpreter can associate the patterns as he sees fit, repeating them as he likes, displacing their phase with lag systems, overlapping them, creating unpredictable polyphonic constructions. The choice of keyboard instrument is left to the interpreter. The liner notes go on to say that pianist Fabrizio Ottaviucci “conceived a version for pianoforte and recording tape“, which leaves it unclear whether he is pre-recorded and overdubbing himself, or duetting with a pre-recorded tape, and at least one of which seems to be the case, given the density of the textures produced. If so, it would be a bit disappointing (in notion, not necessarily in result), since unlike other Riley compositions (also one of the early developers of tape music and of the dialoguing of live instrument and tape), the Keyboard studies were meant to be played by a “physical” pianist only. At least another keyboard instruments than the piano is used at some points, more rattling-metallic in sound (though not a harpsichord, sounding more like the hammers of the piano deprived of their felt such as those used by Conlon Nancarrow in his famous Player Piano studies, or like Cage’s prepared piano), which I assume is some kind of electric piano or who knows what that a syntheziser can produce

Anyway, the overriding feeling is that of unquenchable dynamism, irresistible forward motion, high-strung energy. With “In C”, Riley established the importance of the “pulse” – that rapidly tolling ostinato of C serving as the anchor and the prod for all the other musicians – and here the pulse is even more dynamic and unrelenting than in C. The liner notes contend that the Studies aim at “a sound continuum based on a micro-melodic variation and rhythmic overlapping” (which is true) “but without accumulation of tension” – which I can agree with only if it means that the tension doesn’t grow, flow and ebb: it is enormous from the start and doesn’t recede until the final fade out (significantly there doesn’t seem to be a clear-cut ending point), like a gigantic and irresistible clockwork mechanism.

I am not always well-inclined towards repetitive music (not because of the repetition, but because of the cloying harmonies that often come with it), but these must be counted as belonging to the essential masterpieces of the repetitive solo piano music, along with (I am not trying to be comprehensive) Adams’ Phrygian and China Gates, Ten Holt’s Solodevilsdances (if you don’t know who I am talking about here, try CD 4 track 5 of Minimal Piano Collection [Box Set]) and (though I’m less sure about these) Glass’ Mad Rush and How Now, as well as to the important and innovative pieces of the piano literature from the second half of the 20th Century.

Tread on the Trail was composed a year later and here, no doubt that Ottaviucci is re-recording himself: the composition is NOT written for solo piano, but for an unspecified number of interpreters and instruments of unspecified nature, playing five distinct melodic lines following each other and giving rise to partially random canonic developments. Each of these five lines is palindromic in shape, mirroring itself from its centre point. Those melodies have a boogie-woogie tinge and it is no surprise that the music of Conlon Nancarrow should be strongly evoked. Ottaviucci’s choice of “several pianos” (to which he adds a low-sounding, buzzing drone) is again enhanced by his variety of tonal production, sometimes sounding like he is playing a prepared piano, or with felt-less hammers, or striking the strings directly in the manner of Cowell and Crumb. The dogged repetition of those slightly limping phrases develops, in the course of the composition’s 15+ minutes, an intriguing mood of grim obstinacy. 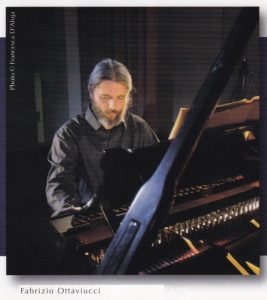 TT 56. Oh, and Ottaviucci is impressive, in his power, stamina and unflenching rhythmic stability.