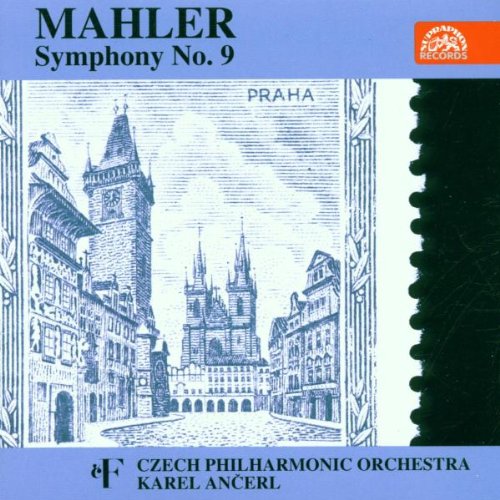 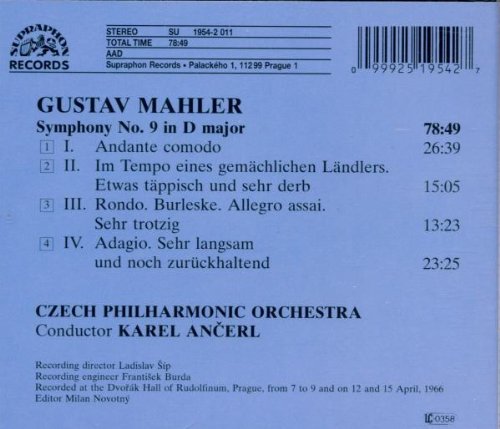 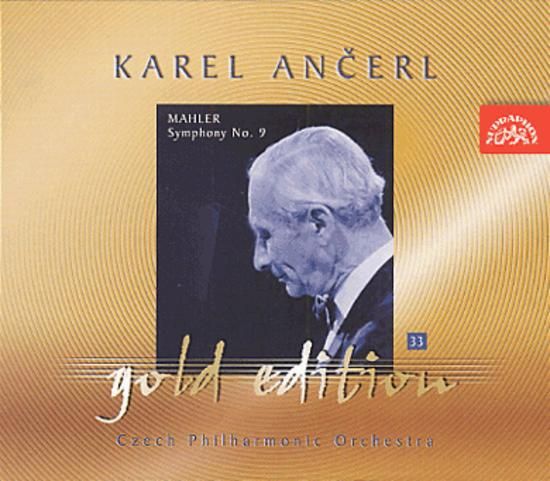 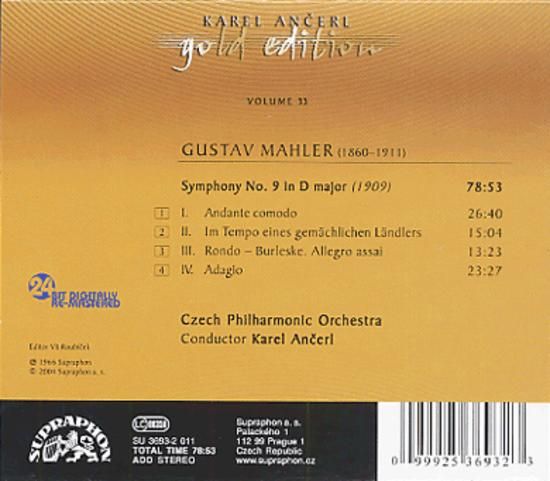 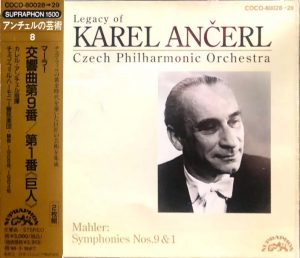 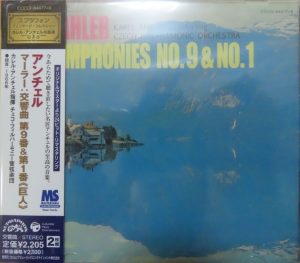 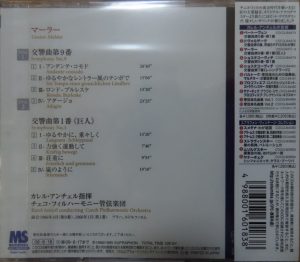 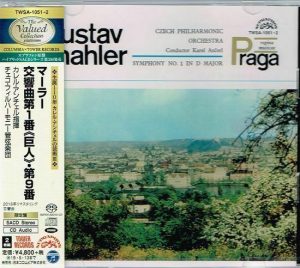 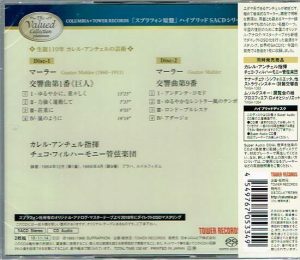 Mahler’s 9th symphony was well served in the 1960s. First came Walter’s 1961 stereo remake for Columbia (he had made the premiere recording, a live concert in 1938 with the Vienna Philharmonic): an “old man’s” version perhaps (Walter would pass away a year later), underplaying Mahler’s shifts of tempo and keeping everything at a steady allegro moderato, but an old man still full of punch (links will open new tabs with my reviews). Then, in 1964, came a passionate version by Barbirolli with the Berlin Philharmonic, somewhat let down by a lack of  instrumental pungency, and a coarse and even more passionate reading by Kirill Kondrashin on Melodiya. Bernstein‘s first go, with his New York Philharmonic, was recorded in December 1965 but released by Columbia only at the end of 1967, simultaneously with those of  Klemperer (EMI), Kubelik (DG)  and Solti (Decca/London). The 1960s were closed by Haitink, with the Concertgebouw, and Abravanel with the Utah Symphony, both in 1969. In all these versions one could have reservations on this or that detail (perfection is of heaven, not of earth), but overall they were all great interpretations (Klemperer’s though, and to an extent Kondrashin’s, were in many ways maverick versions) and did honor to Mahler’s last finished composition.

When Karel Ancerl’s recording came out in 1966, though it was, like Kondrashin’s, in many ways an “outsider’s” version, it was generally greeted by the critics among that select few ( 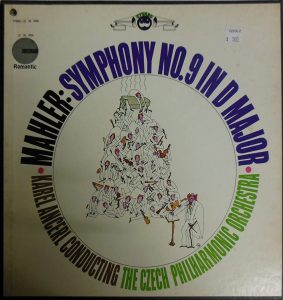 it was published in the US in 1967 on the label Crossroads, 22 26 0006). When I came to classical music in the late 1970s it was still hailed in the critical discographies, and it still is today (for instance by Tony Duggan, the Mahler specialist on the on-line Musicweb International).

Hearing it again, I agree… mostly, my reservations pertaining mainly to the first movement, and to some details in the finale. The overall impression in the “andante comodo” is very positive, but Ancerl’s is a reading that prefers slow to fast motion. Unlike Barbirolli or Kondrashin, the tempo changes are very soft, almost imperceptible, so that when after a revving up Ancerl reaches an “allegro”, it remains at a relatively moderate tempo and doesn’t give, like Konrashin or Barbirolli, the impression of a race to the abyss (as at 5:56 measure 101, the first big climax before the return of the opening tempo). At 10:22, on Mahler’s “mit Wut” indication (with fury, measure 174), Ancerl is powerful and massive but not very furious. His passions are kept under rein and never completely unleashed, as in the “leidenschaftlich” (passionate) passage starting at 12:02, measure 211. The build-up in tempo starting at 15:52 (“nicht schleppen”, do no drag, measure 275, continuing, within a few bars, to “etwas fliessender”, somewhat more flowing, then “etwas drängend”, somewhat pressing, and “bewegter (quasi allegro)”, more animated) and leading to the great crash at 17:43 is obtained more through piling up of dynamics than acceleration of tempo, and even Ancerl’s final “stringendo” before the crash (measures 312-314) remains somewhat reined in, rather than breathless, like Kondrashin’s. But the ensuing timpani thwacks at 17:49 are uniquely devastating, death hammering full blast. And who dared sneeze right after, at 17:58?

On the other hand, past an introduction taken at a very flowing tempo that runs the risk of gliding over the surface (Walter, Barbirolli, Bernstein, Klemperer have all brought much more emotion to those opening violin phrases), Ancerl’s slow motions are very deliberate and convey great atmosphere, as at the return to tempo I (6:11, measure 108) or at the “schattenhaft” section (shadowy) at 14:34 (measure 254). An exception to Ancerl’s rule of organic shifts of tempo, on Mahler’s “allmählich fliessender” (progressively more flowing) at 9:57 measure 165, the acceleration is very perceptible rather than progressive because Ancerl has little space to reach the next allegro (the “mit Wut” referred to here above). When comes Mahler’s indication “plötzlich sehr mässig und zurückhaltend” at 7:35 (suddenly very measured and held back, measure 130), like Walter, he perceptibly slows down, and the passage, with its tolling harp, conveys a fine sense of a burdened, dejected funeral procession; likewise upon its (modified) return at 18:04 (measure 321), “gehalten” (held back), where, under the snarling, slow-motion brass fanfares, Mahler wrote “wie ein schwerer kondukt” (like a heavy funeral procession).

It is not by coincidence that I mention Walter, because it is to Walter that Ancerl is closest in his choices of tempi in the first movement (slows very slow and fasts not very fast), but also in the fact that he amply makes up in power and dynamics for his relative lack of drive. The sonics are great on brass and woodwinds, and Ancerl shows great sense of Mahlerian color, and fine attention to details (as the little figure for 3rd and 4th horns at 3:10 measures 51 & 52; their sudden protruding catches the ear and one checks on the score: Mahler has indeed written them ff here). But there is hardly any separation, stereo or other, between 1st and 2nd violins, so that their intricate polyphony in the two outer movements gets mostly lost. I also wish Ancerl’s producer had decided on a retake at 6:59 in the first movement, so that the cello pizzicati would be exactly in sync with the timpani (measures 120-121), and likewise at 22:35, to correct the egregious entry a beat too late of the solo horn (measure 394).

Any reservations that I might have had about the first movement fall for the next two. Perfection may not be of this world, but Ancerl comes close in the middle movements. No more old man in the Ländler – here, Ancerl doesn’t follow the model of Walter, with its deliberate pacing of the Tempo I. Instead, he is in the league of Barbirolli, or Walter in 1938 (though not as radical as the latter). On the face of it, the approach may seem to lack the rustic bonhomie Walter brought it in 1961, but it does convey its own character, of a “merry march”, more cocky and “Till Eulenspiegel”-like. Furthermore it enables Ancerl to better observe Mahler’s relations of tempo with the ensuing Tempo II (taken rather briskly though not rushed, and with great vigor and gusto) and Tempo III (paced by Ancerl really “ganz langsam”, very slow, in a sentimental and wistful mood). Ancerl is in fact admirably observant of Mahler’s details of tempo, and for instance he is the first one to make something of Mahlers “flott” (brisk, lively, jaunty) at 4:17 (measure 198). But more than these matters of tempo (preference is very subjective here, provided the tempo relationships are observed), what is important is the great sauciness of expression Ancerl obtains from his Czech players. And listen to the timpani thwacks at 2:55 (measure 115).

The Rondo-Burleske is again very similar to Barbirolli’s, or to Bernstein’s, not excessively fast but, more even than Barbirolli’s and Bernstein’s, thanks to Ancerl’s added instrumental bite, supremely violent, nasty and defiant (“sehr trotzig” is Mahler’s character indication here), with biting strings, shrieking woodwinds, screaming brass and whacking timpani. The sonics are stupendous and the clarity and character of each instrumental line are a thrill to hear. In the central section Ancerl’s rubato is expertly molded, so that he reaches great lyrical intensity without needing to hold back tempo in excess at the risk of jeopardizing the coherence of tempo relationships (a pitfall Bernstein comes dangerously close to). His double acceleration in the coda, while not quite reaching the level of frenzy to which Bernstein whips up his Newyorkers, is full of drive. This must be one of the best Rondo-Burleske ever committed to disc (but be aware that I consider that an outstanding Rondo-Burleske needs to be outstandingly loud, piercing, nasty and defiant).

Ancerl’s finale is played with great intensity, in an approach that again begins very similarly to Barbirolli’s, but develops in a more monolithic path, less responsive to Mahler’s promptings to play “straffer im tempo” (tighter, 2:04), “fliessend” (flowing, 3:15), “etwas (unmerklich) drängend” (6:17, 9:50). Ancerl’s attention to detail remains admirable, and for instance he was the first to pay attention to the fact that the sixteenth-note gruppetto figure central to the movement, played at the beginning by the strings, is suddenly marked staccato for the first cellos at 1:38 (measure 10). Nonetheless, detail for detail, there was scope for more holding back in the desolate, harp-sustained “gehalten” (held back) passage opening at 12:20, and Ancerl’s ensuing string outburst at 12:21 lacks violence and tension, as wellas the final bar of the great climax that develops from there, the descending, long-sustained and accented violin half-notes at 15:27 (measures 124-125), because first and second violins are very slightly out-of-sync with each other.