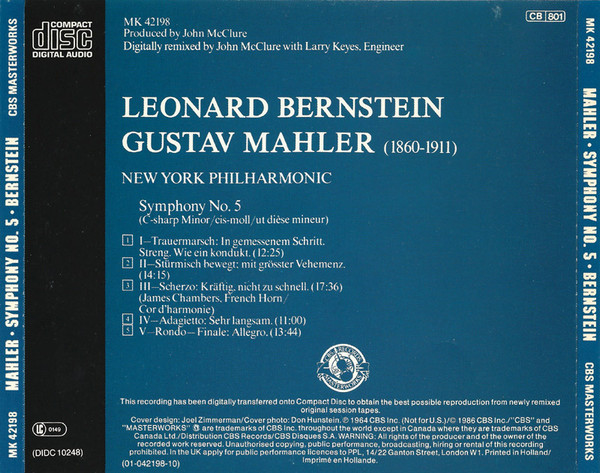 For subsequent reissues, see after the review.

Just listen to the very beginning, the opening trumpet solo, and how “tight” his triplets are. Here Mahler instructs: “the upbeat triplets of this theme must always be played somewhat fleetingly (quasi accel.) in the manner of a military fanfare”. With Bernstein they sound not so much like triplets (even fleeting and quasi accel.) as like a repeated-note appoggiatura. There’s no telling if this is what Mahler had in mind, but it certainly lends much bite to the enunciation. It may be a small detail, but it shows the care and attention to details that went into this interpretation. Right after, on the first orchestral triplets, at 0:41, because that particular phrasing lenghtens the duration of the two beats of silence between the triplets, the music develops a great sense of “fatum”: music for marching to the guillotine. None of this had ever been done before, at least on record. We tend to forget, but these were the days of the early pioneers. Incredible to think – today when Peter Fülöp’s stupendous and indispensable Mahler Discography (link will open new tab to my review) lists, as of April 2010, 176 different recordings, DVDs included – that Bernstein’s recording, made on January 7, 1963 and the third installment in his complete Mahler cycle after the 4th and the 3rd, was only the fourth studio recording of the composition, after those of Bruno Walter (1947 Columbia), Hermann Scherchen on Westminster (1953), and Rudolf Schwarz for Everest, the first one in stereo (1958) . Later in 1963, Erich Leinsdorf, recently appointed music director of the Boston Symphony Orchestra, would record another version, one very different in conception (except in the scherzo) and much closer to Walter’s – but in RCA’s great stereo sonics.

The Columbia sonics afforded to Bernstein were also excellent, especially in the 2009 “Carnegie Hall” remastering and remixing from the original masters, although, here, I don’t find that it has improved as much upon this previous remastering for the 1997 Bernstein Century reissue, as it did with the 9th Symphony (see my review). It is louder, which gives the impression of more presence and affords more clarity of hearing but also exposes a strange static noise in some of the soft passages of the first movement (at 2:55 for instance – but it was already there in the Bernstein Century reissue, though not as perceptible), and a perceptible swish at the beginning of the Adagietto. But it is also clearer, and the new Carnegie Hall box of the complete symphonies is what the amateur of Bernstein’s Mahler must now go for.

So Bernstein installs a fine sense of burden in that funeral procession first movement (“wie ein Kondukt” inscribes Mahler at the top), without, as he would later, in his 1987 remake for DG with the Vienna Philharmonic, resorting to dragged out tempi. Later though, others, including himself, would find more depths of expression in the “gehaltener” moments, where Bernstein 1 hardly holds back (at 1:08 and 2:57), and likewise in the movement’s final section, at 9:36. But his sense of architecture in the first movement is perfect, with a fast section that is not too fast and doesn’t play up the contrast of tempo but keeps a sense of organic relation. The trumpet plays there with great vehemence (I had it in my memory, and even in notes that I wrote a few years ago, that it was too raw in tone – I don’t think so any more: I now find it appropriately vehement), but the strings lack a touch of frenzy – small detail. At 6:07 Bernstein resorts to the old Bruno Walter gimmick – a big slowdown where Mahler indicates only “molto espressivo” (measure 203) – which I find artificial and not necessary, but again this is a small detail in the overall picture. The Newyorkers play with the required vehemence in the second movement, although Bernstein takes it at a slightly pedestrian opening tempo that prevents it from being really furious and truly incandescent, as it was that same year under Leinsdorf. And just compare the very beginning of both versions: muddy, ill-defined celli and double-basses with Bernstein (they don’t even seem to be playing the attack entirely together), clarity and bite of Leinsdorf’s (playing staccato). Sometimes the details do make a difference. Fortunately the New York brass amply make up for it and soon the movement develops to great sweep and passion. The tempo shifts are perfectly well judged and the slower sections, with their reminiscences of the first movement, develop great atmosphere.

In the scherzo, where Walter was uniquely urgent and Mitropoulos (in a famous January 1960 concert with the New York Philharmonic, collected in the 6-CD set Music & Arts CD-1021 barcode 017685102127 with Symphonies Nos. 1, 3, 5, 6, 8, 9, & Adagio 10) urgent and grim – options that I find entirely valid -, Bernstein adopts a more laid-back basic tempo, with more bonhomie than urgency, but he finds a perfect mix of the charming and the scorching, the latter thanks to vehement strings (“wild” in Mahler’s indication on their frequent eighth-note runs) and pungent brass and woodwinds. I can’t start describing the careful attention to all the instrumental details, the phrasing of the many sf, fp, staccato marks, that contribute so much to the movement’s instrumental character. Do the waltzes (at 2:30 and 6:45) lack a touch of simplicity? Bernstein certainly fusses over them more than Walter, Schwarz or Leinsdorf, but he also fills them with much character. A deeply-felt Adagietto, running at 11 minutes, and one that is truly historical for being the first, at least among studio versions (it is in fact very close to Mitropoulos’ live 1960 concert) to inaugurate the “slow” approach to that movement. Until then Scherchen had been the most spacious, and he clocked at 9:10, Leinsdorf was at 8:30, Schwarz at 7:30 and Walter at 7:42. Bernstein’s approach may not be true to the composer’s (Mahler is said to have conducted it at around 8 minutes) and the notion (set forth by Mengelberg, supposedly from direct conversations with Mahler) that the Adagietto is in fact a tender and passionate declaration of love to Alma; but when straying from the composer’s intentions, great interpreters are in fact revelatory.

And Bernstein tops it off with a brilliant finale, filled with urgency and enthusiasm, and with the conductor evidently ready to sacrifice graciousness (as at 1:56, measure 100, “grazioso”) to drive.

I’ve listened to this recording a few years ago in the Bernstein Century reissue, and taken notes, and I’ve listened again in the Carnegie Hall remastering, and I find that my reactions and analyses have remained exactly the same (except for the trumpet’s tone). I read the negative or lukewarm reviews in the Amazon reviews, and I don’t know what they are talking about. I am confident that my listening was at least as careful and precise as theirs. In fact, none are specific, none give exact reference to score or timing to let one check exactly what it is they are hearing – except for the opening solo trumpet. OK, there are two miniscule wobbles during the solo, and by zeroing on that (if that is indeed what the negative reviewers are zeroing upon), they miss entirely what is so unique about that solo – this is not missing the forest for the tree, but the Amazonia for the splinter! And it is NOT the sonics. Certainly, the Carnegie remastering is revelatory, but everything that I hear there, I heard already a few years ago with the Bernstein Century reissue.

I’ve also gone back to some of the early reviews, to try and understand what that negative reputation is about and where it came from. In that respect, the Gramophone July 1964 review, by no other than Deryck Cooke, is particularly interesting. Cooke starts with apparent praise for Bernstein (“Right from the start it is obvious that Bernstein is striving for an absolutely faithful presentation of Mahier’s musical thought, by adhering exactly, not just to what Mahler has written, but also to all the unwritten implications of his style”) and he points to the phrasing of the opening trumpet triplets that also struck my ear. He then goes on to compare Bernstein and Walter, noting that “Bernstein is technically right, and Walter technically wrong”, e.g. inobservant of those many details. But then comes the stab in the back: “Why is it, then, that one so warms to Bruno Walter’s record of the Fifth Symphony, while Bernstein’s ultimately leaves one cold? I think the answer is this. Given that Walter’s approach to Mahler underplays the nervous element, it is nevertheless a spontaneous and deeply-felt approach of a great conductor, which reflects Mahler’s music through a more stable and balanced temperament; whereas Bernstein’s approach, even if it concerns itself with the nervous element in the music, seems to do so with the conscious and careful calculation of a less than great conductor who is no nearer to the nerve-ridden Mahler in his inmost self than Bruno Walter is. Everything seems conscientiously applied from the outside– though it may be, of course, that Bernstein does have some strong affinity with Mahier’s neurotic self, but is not yet able to convey it spontaneously owing to an insufficiently expert technique. Whatever the reason, the effect is to bring into Mahier’s music a completely alien element–frigidity”.

To call Bernstein “a less than great conductor” and one “not yet able to convey [his conception] spontaneously owing to an insufficiently expert technique”, was, even in 1963, hardly perceptive on the part of Cooke. More exceptionable still is to be so vague in his denunciation of Bernstein’s alledged “conscious and careful calculation”; so, observing minutely the score is “conscious and careful calculation” and even “frigidity”, whereas gliding over those details (which is what you can understand of Cooke’s description of Walter) is “spontaneous and deeply-felt”. Conductors, why the heck to you spend so much time looking at those details and trying to realize them?

What is obvious to me is that Cooke was so used to Bruno Walter’s recording (after all, it had been the only one available since 1947, other than Scherchen’s from 1953, but Scherchen was a maverick, with an all-too personal approach to be a true contender, and Schwarz’ hadn’t yet come out in Great Britain) that he was put off by Bernstein’s – not because it was bad, not because it was “self-conscious and over-calculated”, but simply because it was different from what he had grown accustomed to.

And there was the 11-minute Adagietto, of course. For listeners grown on Walter’s 7:42 or even Scherchen’s 9:10, it was obvious that Bernstein’s was going to sound “badly laboured, owing to the excessive attention paid to the great number of hairpins and crescendo-pianos scattered about the score” and that they would feel that “each note is handled so carefully and awkwardly that all flow ceases”, concluding that “the movement, as rendered like this, gives an impression, not of nervous tension, but of pedantry”. Now that Bernstein has become “middle-of-the-road” here, it’s hard even to imagine what Cooke was talking about.

Bernstein’s 1963 Mahler 5th is a remarkably balanced version. Not (except in the finale) urgent as Walter’s or urgent and high-strung as Leinsdorf’s, not favoring strong, even brutal contrasts of tempi as Scherchen’s, not laid-back as Schwarz’, but striking a perfect balance between all these approaches. It has the true feel of a classic. I can imagine versions more crisply and precisely played in some details, better recorded and with more vivid instrumental presence, and I can imagine some plumbing for even deeper expression. But alreay in 1963 the spririt is there. 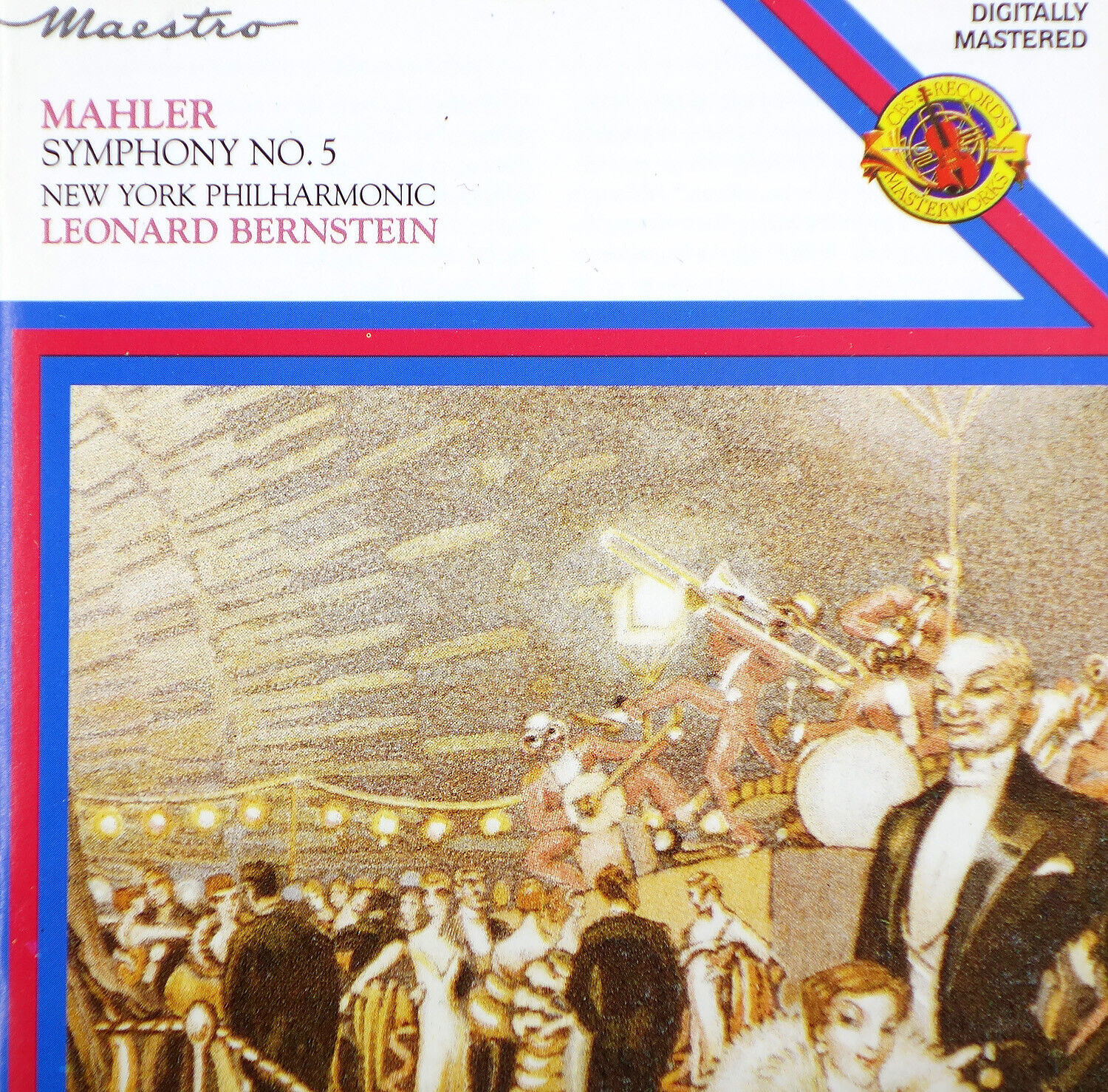 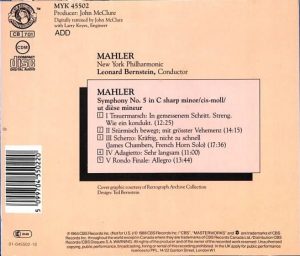 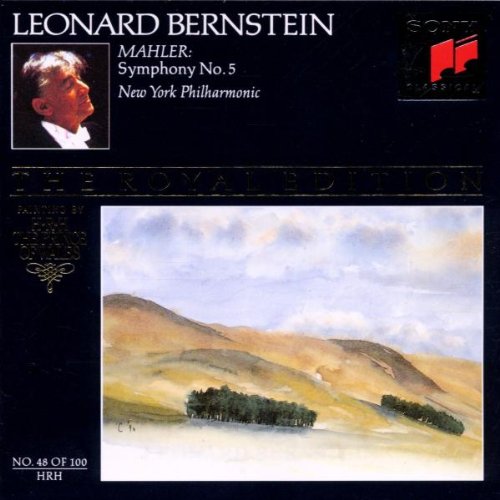 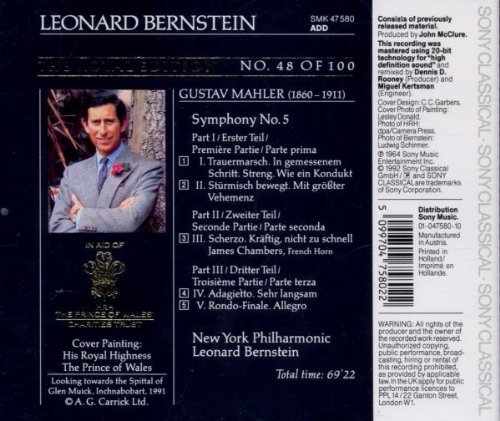 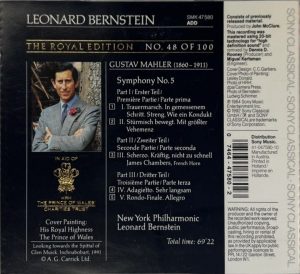 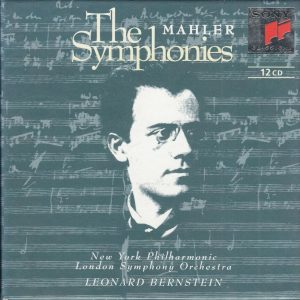 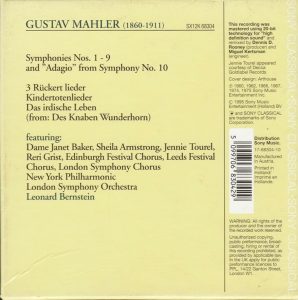 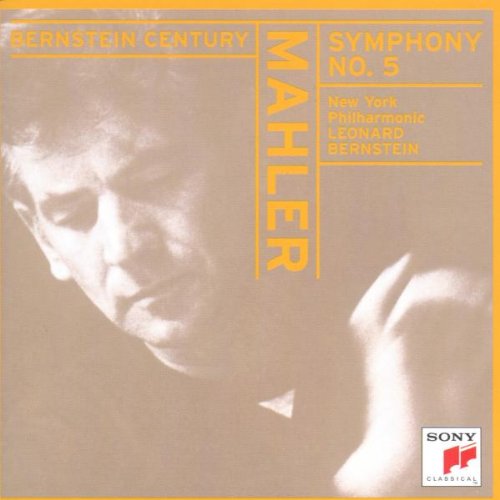 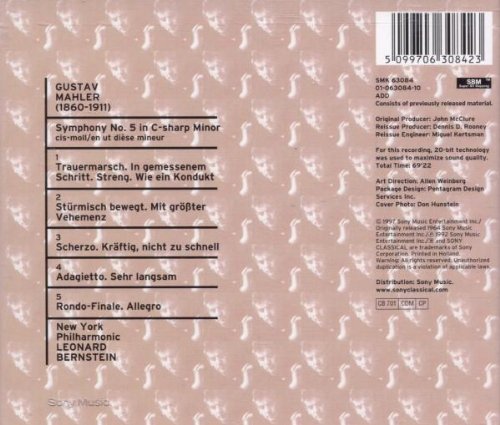 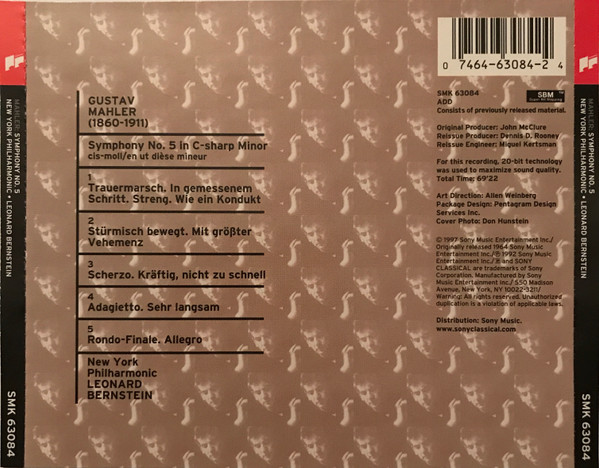 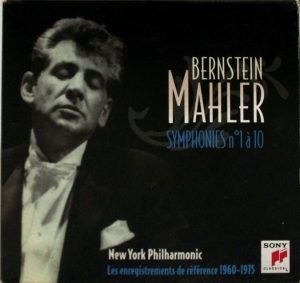 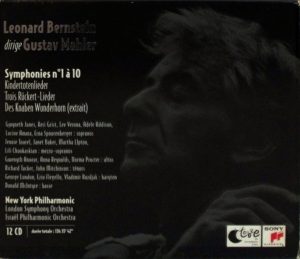 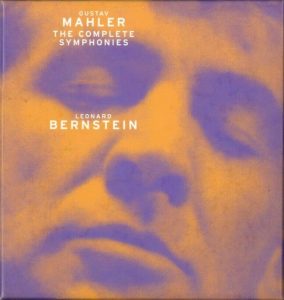 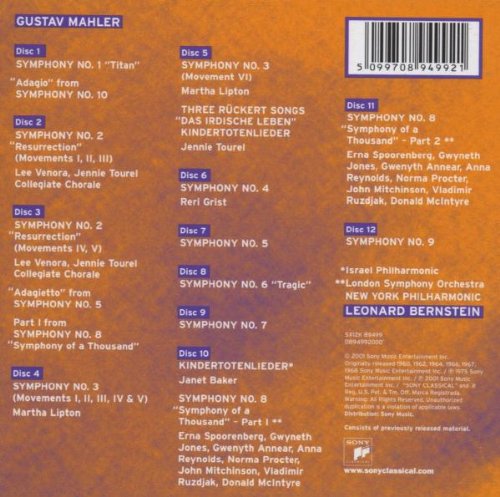 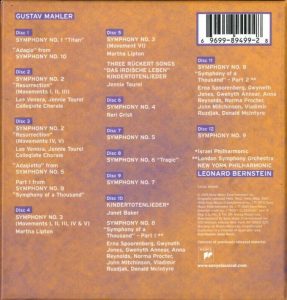 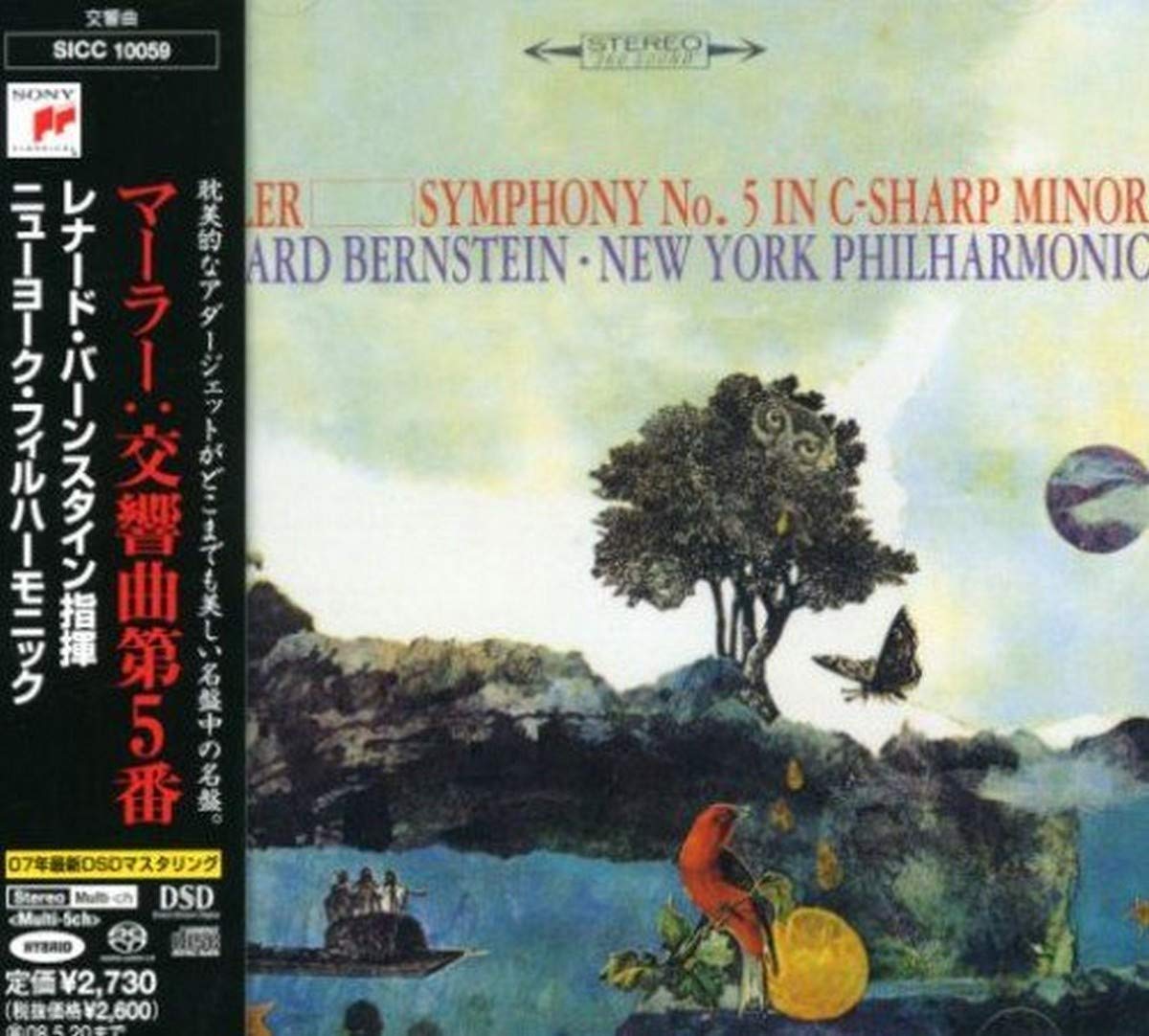 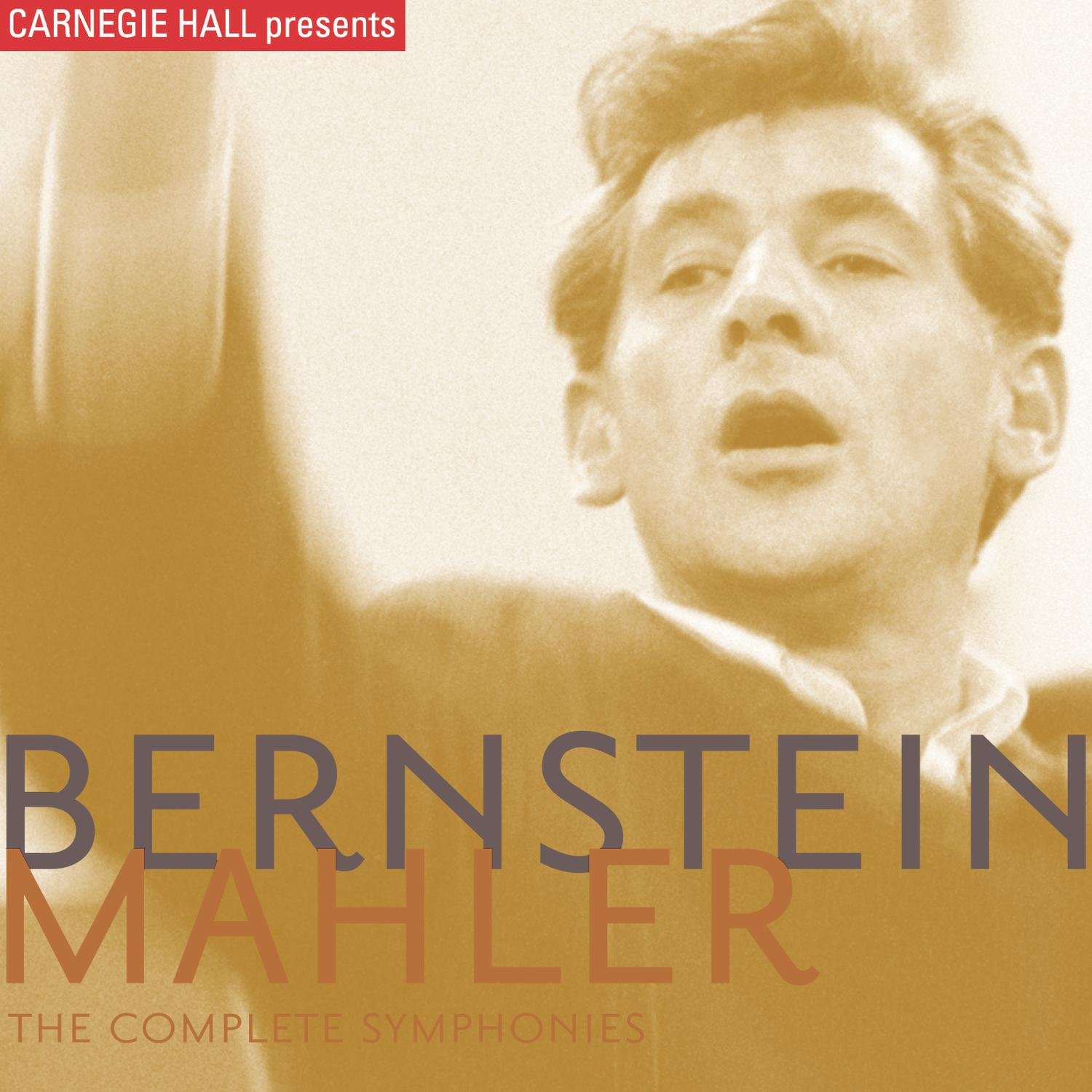 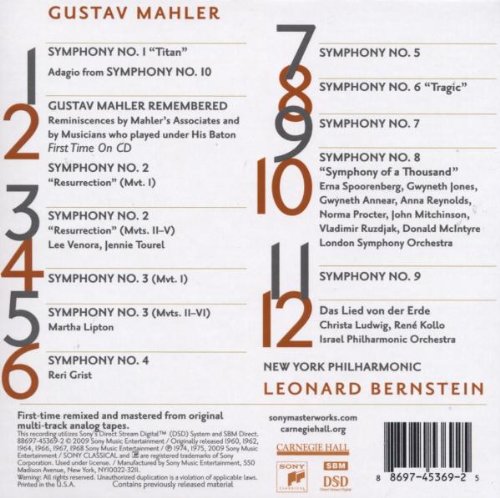 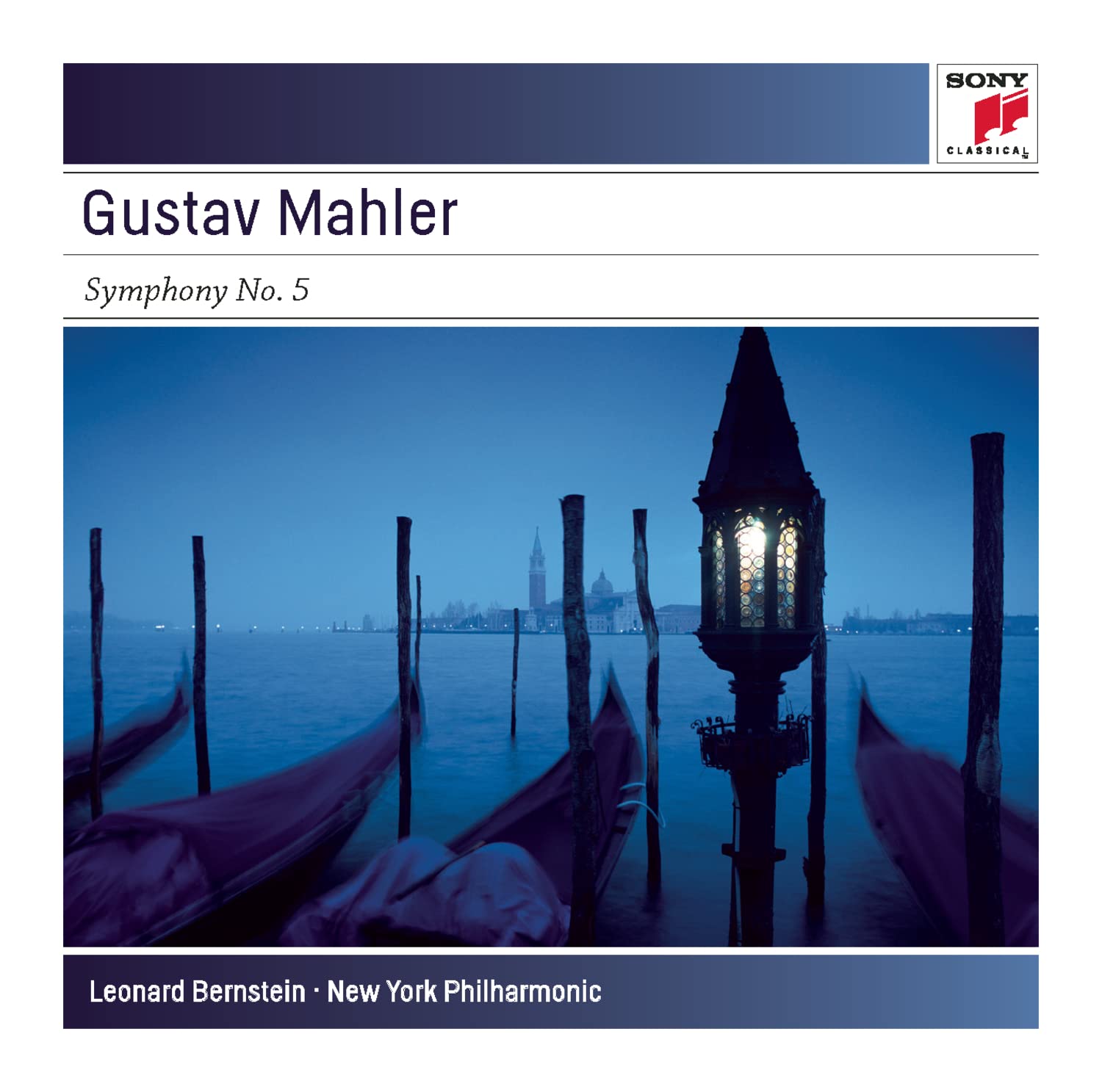 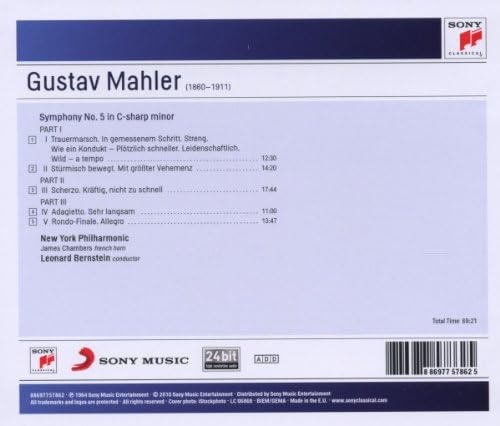 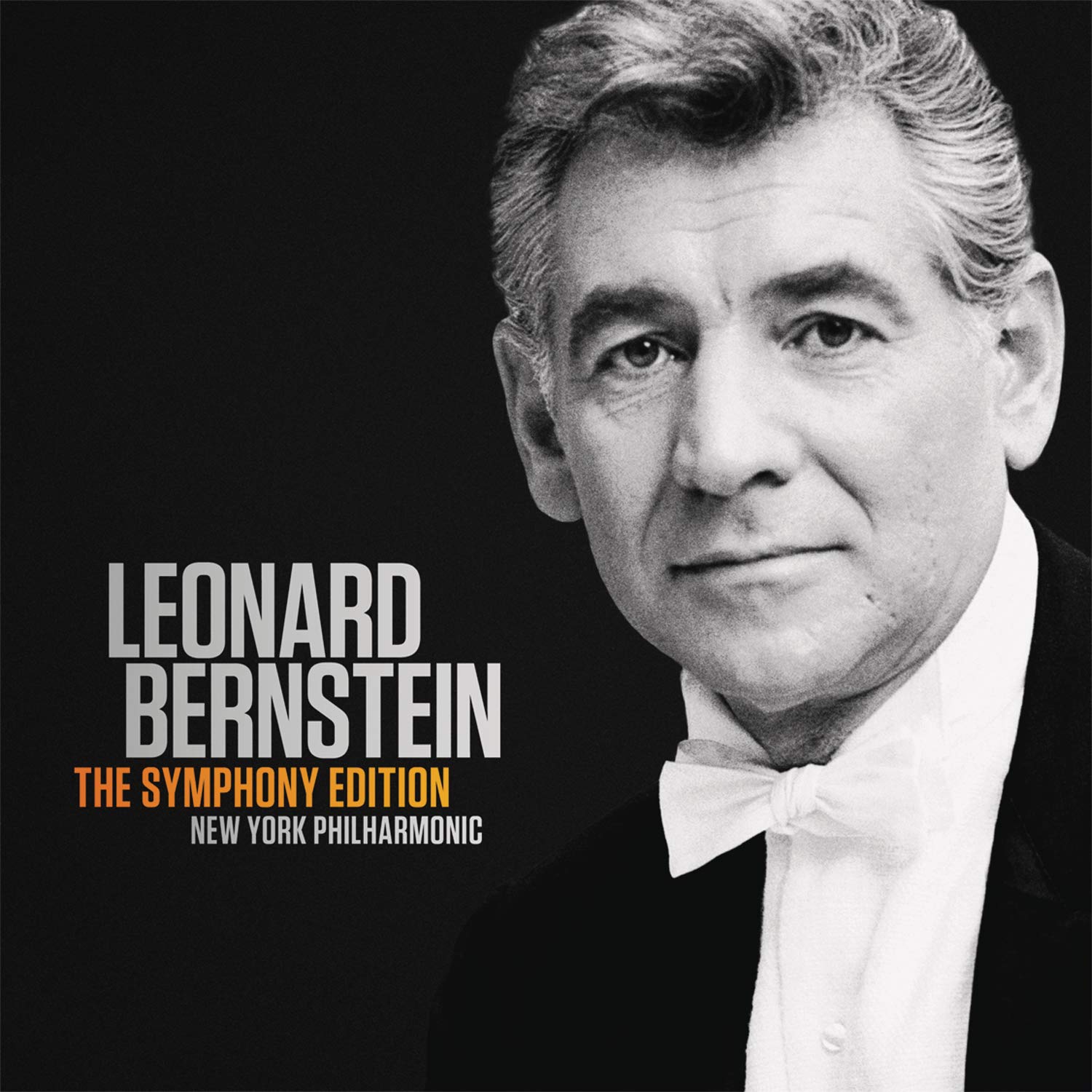 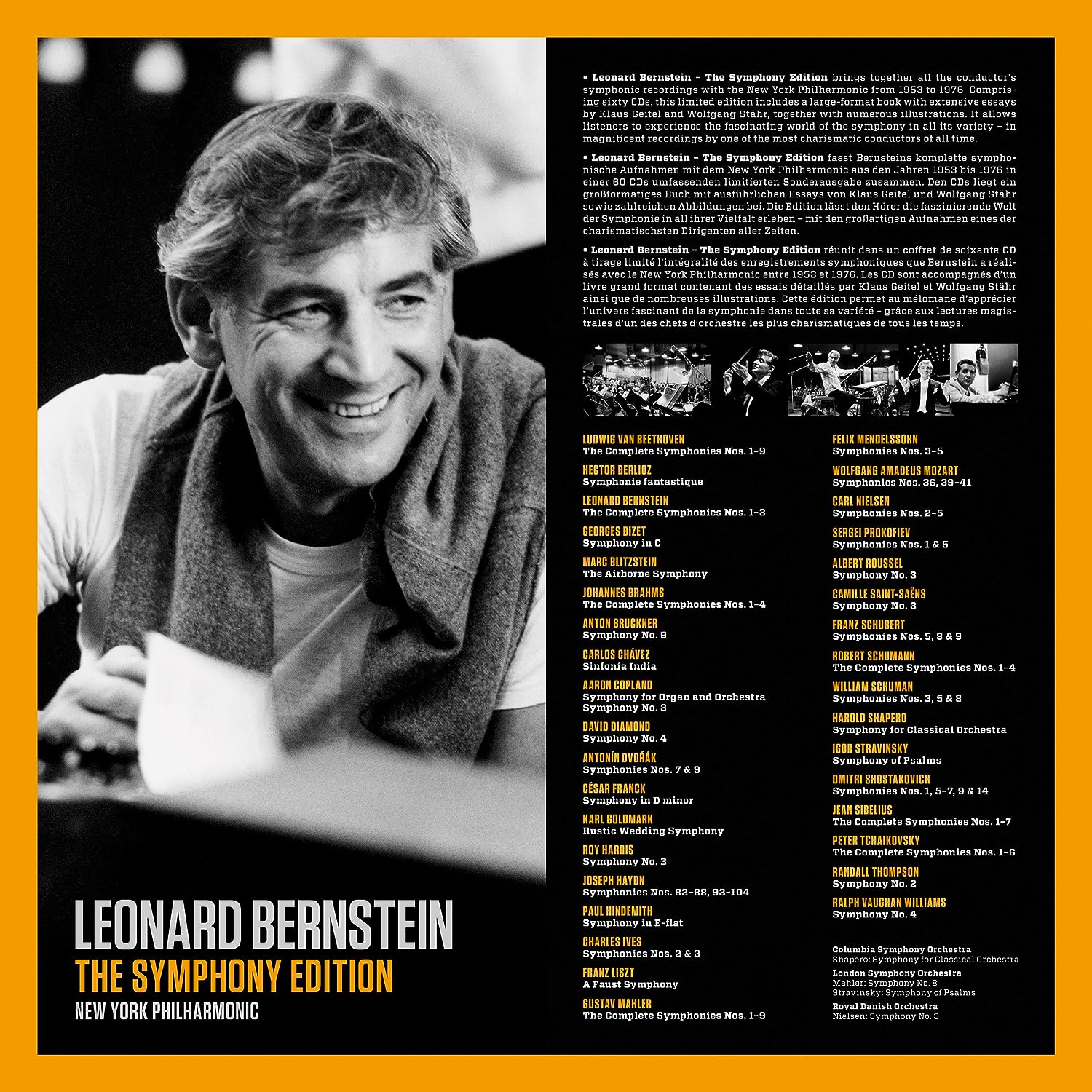 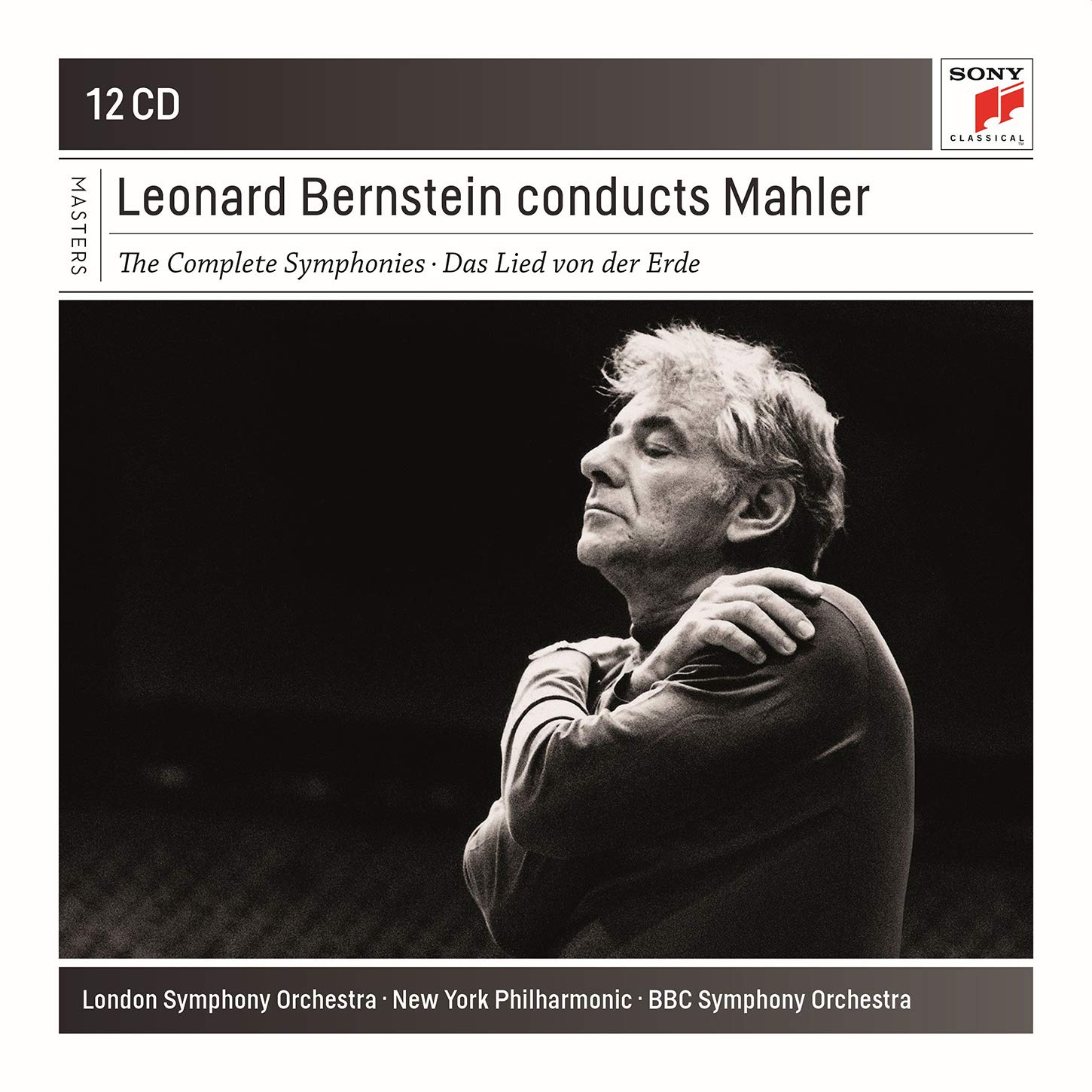 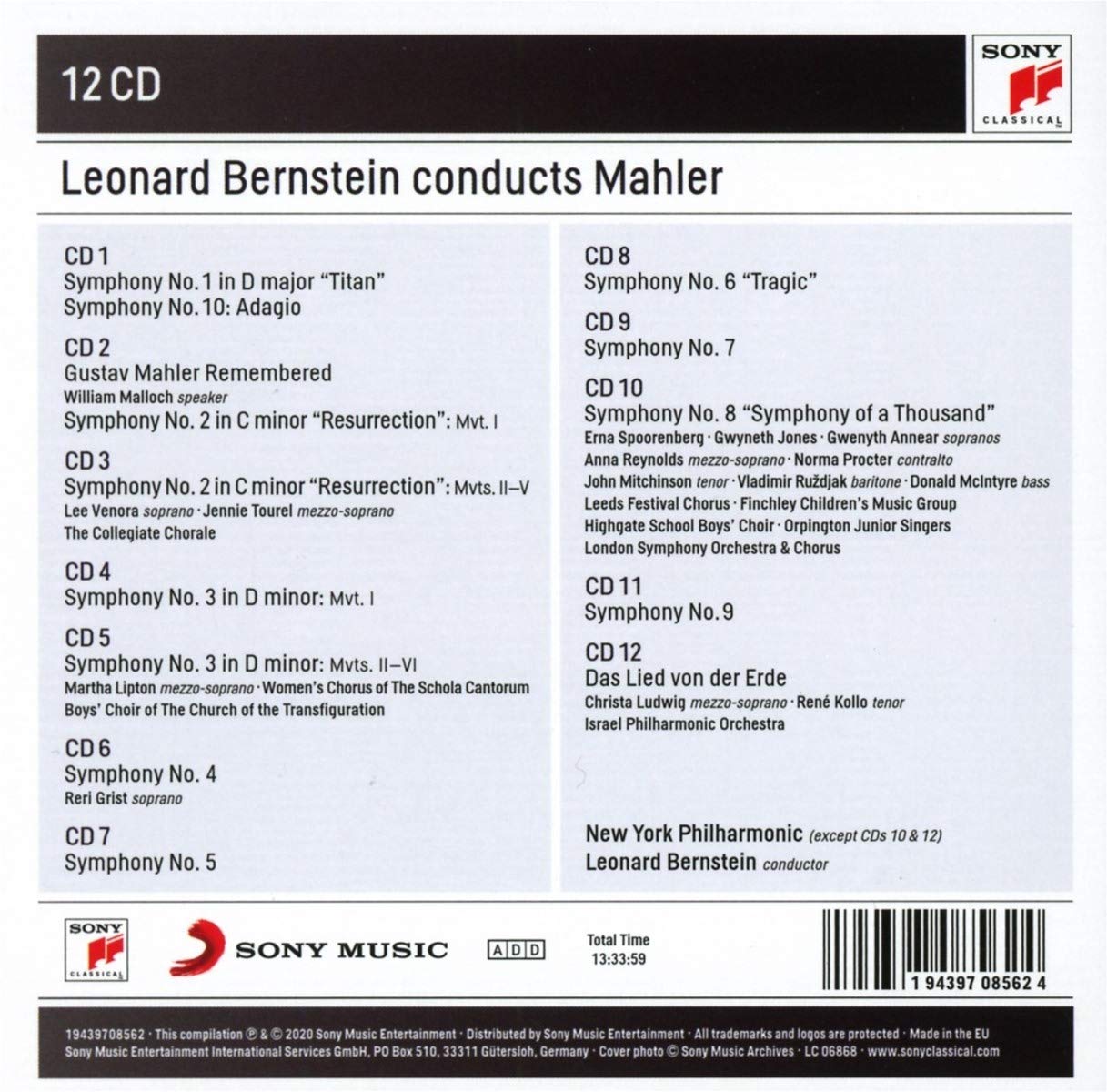 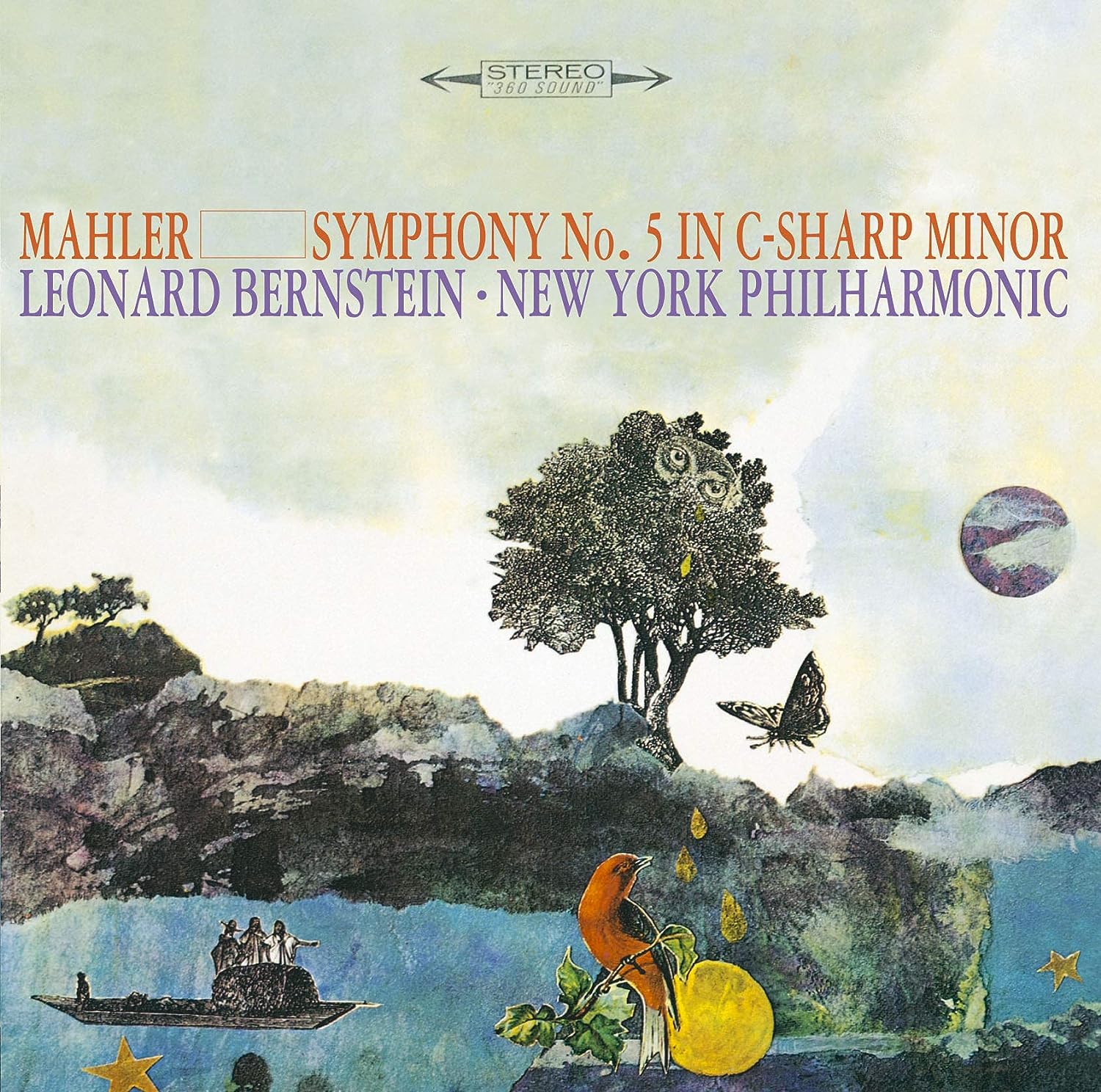 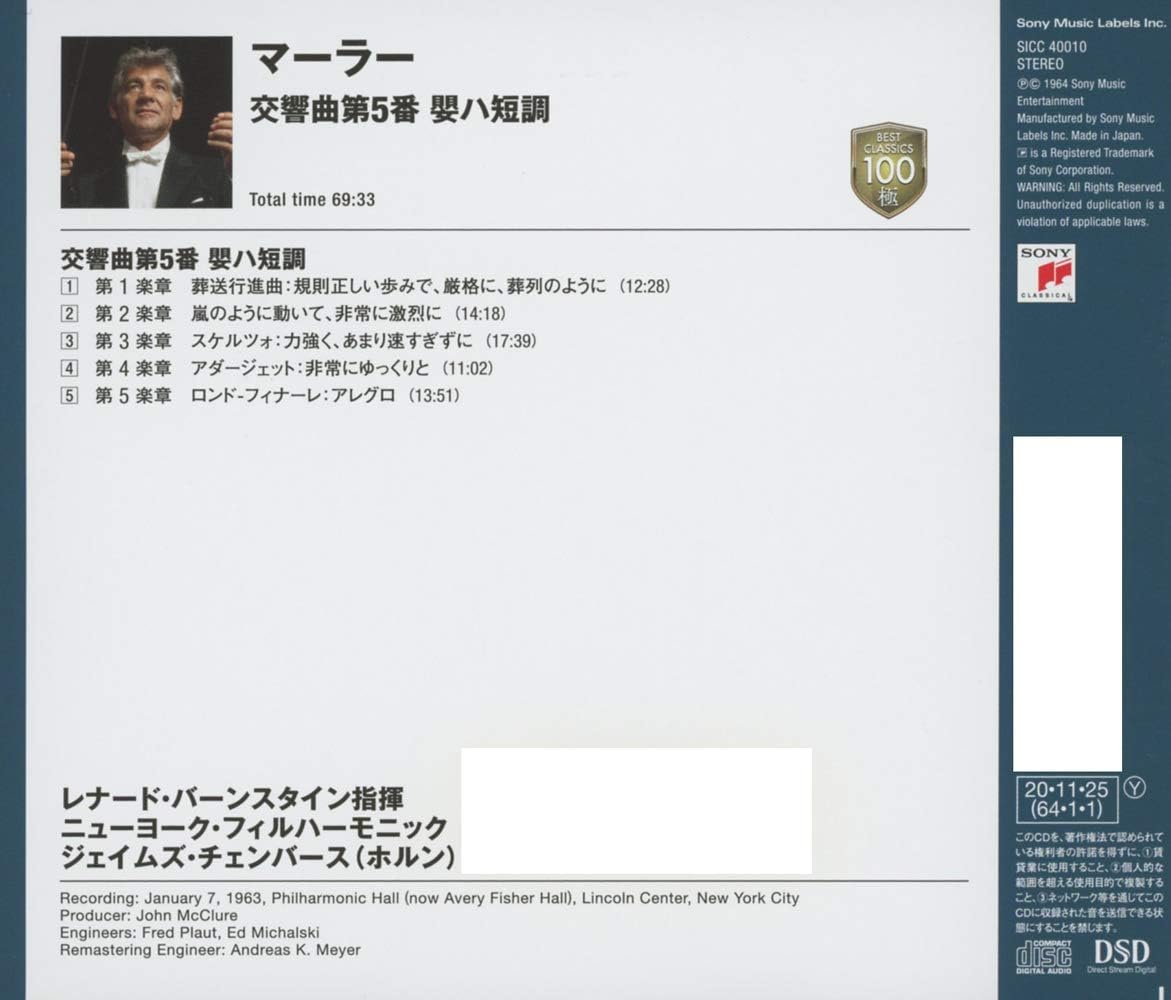