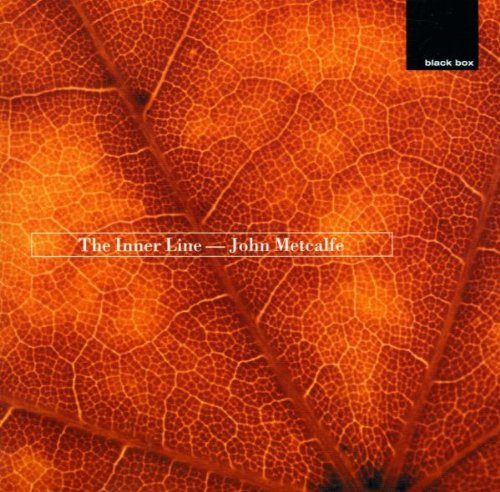 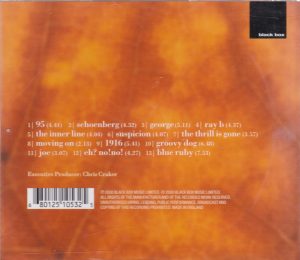 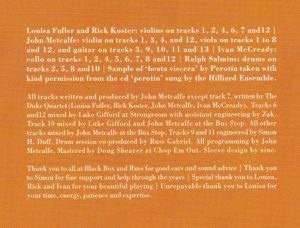 Ultimately, I think this will appeal more to the pop/rock audience than to the amateurs of contemporary classical
Originally posted on Amazon.com, 24 June 2011

John Metcalfe, born in 1964, was the founder and violist of the Duke Quartet, but he also collaborated as composer/arranger with pop/rock artists such as Catatonia and George Michael… say the liner notes. Who the hell is Catatonia? Anyway this was his first solo album (it came out in 2000 and received good reviews apparently) and it “seeks to seamlessly incorportate elements from these and other areas of his eclectic musical taste, sending the traditional barriers separating musical styles one step further towards disintegration”, continues the presentation.

This, naturally, is the kind of hyping blurb that any PR will write to make you believe that muck is gold, but in this case, I find that, by and large, it is true. Metcalfe’s music straddles the cusp between contemporary classical and repetitive music on the one hand and progressive rock and world-music on the other, in a way that is entertaining, melodious, lyrical, sometimes hypnotizing, not very demanding (as, apparently, befits the rock/pop audiences) but very pretty, and sometimes even more than that. Track 7, “The Thrill is Gone”, is haunting, with the strings playing ghostly harmonics, reminiscent of the string quartets of Kevin Volans maybe (which the Duke Quartet recorded, see my reviews of “Kevin Volans: Hunting: Gathering” on Black Box BBM1069, and “Volans: The Ramanujan Notebooks / Dancers on a Plane / Movement for String Quartet” on Collins Classics 14172): but the disc’s info credits that track to “The Duke Quartet” rather than to Metcalfe alone. Many tracks have the rhythmic beat and obstinacy of progressive rock (I’m not sure the product info given in the booklet is entirely accurate, because Ralph Salmins at the drums is credited on tracks 2, 5, 8 and 10, but the drums are also very much in evidence in track 4; or maybe it’s just a beatbox?), but Metcalfe pours enough instrumental sonic invention to satisfy an amateur of hard-core (or soft-core) contemporary classical like myself who’d want to let his hair down for a while. Synthesizers aren’t credited, but if my ears serve, they are fully employed. Metcalfe himself plays the violin in some tracks, the viola in others, and even the guitar in some. In the last track, Metcalfe’s ballad-like music elaborates over samples from vocal music of the French medieval composer Perotin.

Not that this music sounds entirely new. I’ve mentioned Volans as a possible influence, and the style also reminds me a little of the music of this other cross-over specialist, Heiner Goebbels. But mostly, it is the two albums of another great cross-over string quartet that come to mind, the Balanescu quartet, all the way to the mixing of spoken voice uttering obsessively repeated words in a neutral tone (“patience, condition, suspicion”) in track 6, a device already employed by Balanescu and partners (see my reviews of “Possessed” and “Luminitza”). Background, indistinct and almost robotic voices are also used in track 12.

Truth is, I found that Metcalfe didn’t really maintain the inspiration uniformly high throughout the CD’s 61 minutes. In fact, having reached track 10, “Groovy Dog”, I began finding that his music wore its welcome. It veered too much in the direction of pop (or maybe progressive jazz, or simply progressive easy-listening), and of the saccharine and sirupy kind, with its new age/space chorus of synthesized strings. Track 11 followed with overdubbed sentimental guitar – oh, very pretty again, but there was already the sentimental guitar in track 9, and the prettiness here seemed to become somewhat mawkish. The pretty guitar ballad music (sounds to me inspired by the West-African kora) returns in the last track as well, mixed with samples from Perotin. Again, this will probably give much pleasure to the rock/pop audiences, but it doesn’t really nourish the amateur of contemporary classical. Hearing only tracks 9 to the end, I’m not convinced I want to keep this disc in my collection; I need to go back to the beginning to think that maybe I should after all.

Ultimately I think this will appeal more to the rock/pop audiences than to those of contemporary classical.

P.S. I love this one: I checked Metcalfe’s bio on Wikipedia. The entry mentions his collaboration with Catatonia, so I thought I’d take the opportunity to find the answer to my question, “who the hell is Catatonia?”, and I clicked on the hyperlink. Here’s the answer I was forwarded to:

“Catatonia is a state of neurogenic motor immobility, and behavioral abnormality manifested by stupor”. Great of Metcalfe to have collaborated with it.