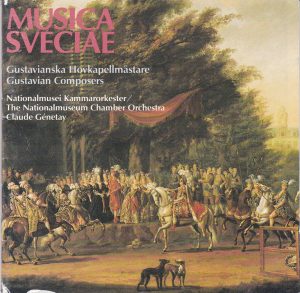 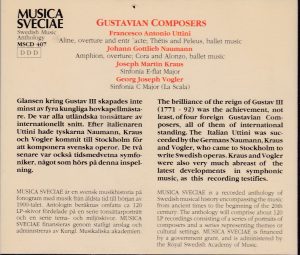 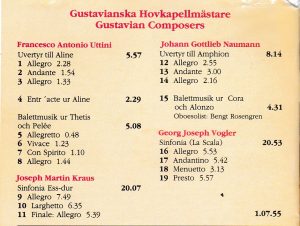 When’s the last time a President of the United States commissioned a composer to write an opera?

Like… never? At best they’ve invited classical music performers to perform at the White House – and, in some cases, more because it was an uppity thing to do than out of any personal taste and culture for the thing. In that respect, two presidents require urgent rehabilitation: Harry Truman and Richard Nixon.

Truman: “Before Truman went into politics, he thought he would be a concert pianist. But he stopped taking lessons as 15 saying, ‘My choice early in life was either to be a piano-player in a whorehouse, or a politician. And to tell the truth, there’s hardly any difference.’ He played the piano for the rest of his life, however, including during his time at the White House and after.”

Nixon: ““Playing the piano is a way of expressing oneself that is perhaps even more fulfilling than writing or speaking. In fact, I have always had two great – and still unfulfilled – ambitions; to direct a symphony orchestra and to play an organ in a cathedral. I think that to create great music is one of the highest aspirations man can set for himself.” A guy who says that can’t be completely crooked. Or at least, it condones the crookery.

(Here’s my source for presidents and music)

Anyway, the point is, whatever your opinion of royalty vs democracy, royalty had its advantages, at least when the monarch was enlightened: no checks and balances to funding the arts! And in that respect, Gustav III of Sweden (1746-1792) was, with Louis the 14th of France, one of the best (the link will open new tab to his Wikipedia entry).

The CD usefully documents a few orchestral works by four of the most emblematic composers of the Gustavian court. The Italian Francesco Antonio Uttini (1723-1795), a student of Padre Martini and Giacomo Antonio Perti in Bologna, is the one name that was entirely unfamiliar to me (entry on French Wikipedia is more informative than in English). He served the Swedish Court from 1752 to 1778 – he went there in fact decades before Gustav became king (1771), on the invitation of Gustav’s mother, Lovisa (Louise) Ulrique of Prussia (the sister of King Frederick II of Prussia, much-hated in Sweden, but the woman who had the Drottningholm theatre built – can’t please everybody). He is an important historical figure in Swedish music, for composing in 1773, on Gustav’s commission, the first opera in Swedish language, Thetis och (“and”) Pelée. When competition from the new generation of composers, Naumann and Kraus, became too heated, he retired from music. The (originally Germans) Johann Gottlied Naumann (1741-1801, in service of the court from 1777 to 1785) and Joseph Martin Kraus (1756-1792, moved to Stockholm in 1778 and was at the service of Gustav from 1781 to the end, and the embodiment of fidelity, since he survived his master only by a few months) are more familiar names to those who frequent the lesser peaks of music from the classical era (with Kraus, especially thanks to the recording by Concerto Köln of his symphonies in two volumes, Capriccio 10 396 and 10 430). As for Georg Joseph Vogler (1749-1814), better known as “Abbé (abbott) Vogler”, who came to Sweden in 1786 and remained there after Gustav’s death, he might not be so familiar, or only in a negative way, because of Mozart’s scathing comments on him, when he met him in Mannheim in 1777, calling him “barren and frivolous—a man who imagines he can do a great deal, and does very little”, “a fool, who fancies that no one can be better or more perfect than himself”, “more fit to teach arithmetic than composition”.

And this: “The organ that was tried to-day in the Lutheran church is very good, not only in certain registers, but in its whole compass. Vogler played on it. He is only a juggler, so to speak; as soon as he wishes to play in a majestic style, he becomes dull. Happily this seems equally tedious to himself, so it does not last long; but then, what follows? only an incomprehensible scramble.”

And, wait, it gets even more damning.

“I went to hear the mass, which was a spick-and-span new composition of Vogler’s. Two days ago I was present at the rehearsal in the afternoon, but came away immediately after the Kyrie. I never in my life heard anything like it; there is often false harmony, and he rambles into the different keys as if he wished to drag you into them by the hair of your head; but it neither repays the trouble, nor does it possess any originality, but is only quite abrupt. I shall say nothing of the way in which he carries out his ideas. I only say that no mass of Vogler’s can possibly please any composer (who deserves the name). For example, I suddenly hear an idea which is NOT BAD. Well, instead of remaining NOT BAD, no doubt it soon becomes good? Not at all! it becomes not only BAD, but VERY BAD, and this in two or three different ways: namely, scarcely has the thought arisen when something else interferes to destroy it; or he does not finish it naturally, so that it may remain good; or it is not introduced in the right place; or it is finally ruined by bad instrumentation. Such is Vogler’s music”.

Hard to survive that in the eyes of posterity, when it’s Mozart who wrote it…

(For Mozart’s correspondence, see here, and gratitude to project Gutemberg)

Given Gustav’s focus on opera, it is not surprising that two of the composers are represented not by actual symphonies, but by orchestral music from their operas – overture and entr’acte of Aline (1776) and Ballet of Thetis and Peleus (1773) for Uttini, Overture of Amphion (1778) and Ballet music of Cora and Alonzo (1782) for Naumann. In those days, opera overtures – sometimes called “Sinfonias”, were couched in three fast-slow-fast movements, and they are one of the origins of the classical symphony. Typically, Kraus’ symphony (as most of his works in the form) is also in three movements. For Kraus, conductor Claude Génetay and Musica Svecia might have preferably chosen one of the three symphonies he actually composed in Stockholm – and among these, none would have been more appropriate than the “Symphony funèbre” composed for the death of his patron Gustav. It is on volume 2 of Concerto Köln’s traversal, Capriccio 10 430. The one they play was composed in 1784, “probably in Rome” say the liner notes, in Paris says the competing Concerto Köln disc (vol. 1, Capriccio 10 396). Vogler’s Symphony on the other hand is in four movements – and it is probably not coincidental that it was composed as late as 1799, his last year in Sweden. Its title, La Scala, comes from the fact that its Finale is based on a diatonic scale.

What about the music, then? It may not reach the levels of the best of Mozart and Haydn, it is more run-of-the-mill than that, but it is still very enjoyable taken on its own. There is genuine “Sturm und Drang” drama in the Allegretto and ensuing vivace of the Ballet for Thetis and Pelée (and it should, as it depicts the avenging furies), galant charm and pastoral atmospheres in Naumann’s flute-dominated Amphion-Overture and oboe-dominated ballet of Cora and Alonzo, and a combination of robust dramatic sweep and galant charm in the Allegros of Kraus’ symphony. The Larghetto of the same symphony unfolds a beautifully wistful atmosphere, and could serve as an accompaniment for an enamored plaint by Mozart’s Cherubino. Interpretively, other than the fact that Concerto Köln plays Kraus’ symphony at a lower pitch and with the slightly acid string tone proper to period instruments (but also a touch more clarity in the woodwinds), they have more drive and energy in the Allegros, especially in the Finale. Both Larghettos are fine.

The symphony is – to my ears – great, powerful, imaginative. It goes beyond Mozart – the early symphonies of Beethoven easily come to mind, with traces of Rossini (and I hear traces of Rossini is Beethoven’s early symphonies anyway), the slow movement is filled with pre-romantic twists and hues. It’s the real find of this collection, and makes me want to explore more Vogler. A quick check on Amazon shows pitifully little of it – main choice is mor orchestral music by the London Mozart Players under Mathias Bamert on Chandos 10504, barcode 095115150429, part of their great series exploring the minor figures of the classical era.

Now what happened with Wolfgang? Why such disparaging comments? A number of explations can be attempted. One: I’m not a composer and do not deserve the name, and Mozart, if he had had a chance of hearing Vogler’s symphony, would scorn my appreciation. Two: In the more than 20 years separating his Mannheim years, Vogler honed his compositional skills, and Mozart would have changed his mind. Three, and this one is more unstabling: and what if what Mozart felt as being “false harmonies”, “ramblings in different keys as if whishing to drag you into them by the hair of your head” but without “repaying the trouble” or “possessing any originally” was precisely what, in Vogler’s music, pointed to the future? And the nagging suspicion creeps in: what if Mozart, arguably the greatest composer of his time and age, the receptacle of all hitherto accumulated knowledge of music, had been so attached to the classical models and forms, that it had made him inured to anything that strayed from them and broke their rules? What if Mozart’s accumulated knowledge had made him, certainly the thrusting edge of the music of his time, but also an arch-conservative when it came to forays into what might have been the music of the future? Something like Goethe in literature (and Goethe, often associated with romanticism, saw himself as a classicist, and admired Mozart above any other composer)…

And how would Mozart have reacted to Beethoven, had he lived long enough to hear his works? (and why not? he would have been 71 by the time of Beethoven’s death). Could he have equally scorned the composer of the Eroica as he did the compositions he heard of Vogler? Even Berlioz expressed some incomprehension with some of the harmonies of the 9th Symphony, so Mozart?

Back to Gustav, now. Not that his patronage of the arts and music helped him very much. I’ve referred already to his death in 1792 – there must have been in Sweden some aristocrats who really disliked opera, and the problem with the absence of checks and balances is that the only way of checking it is pretty radical: kill the Monarch. The same happened less than six months later in France. Marie-Antoinette’s support of Gluck was really too much for the French mob.