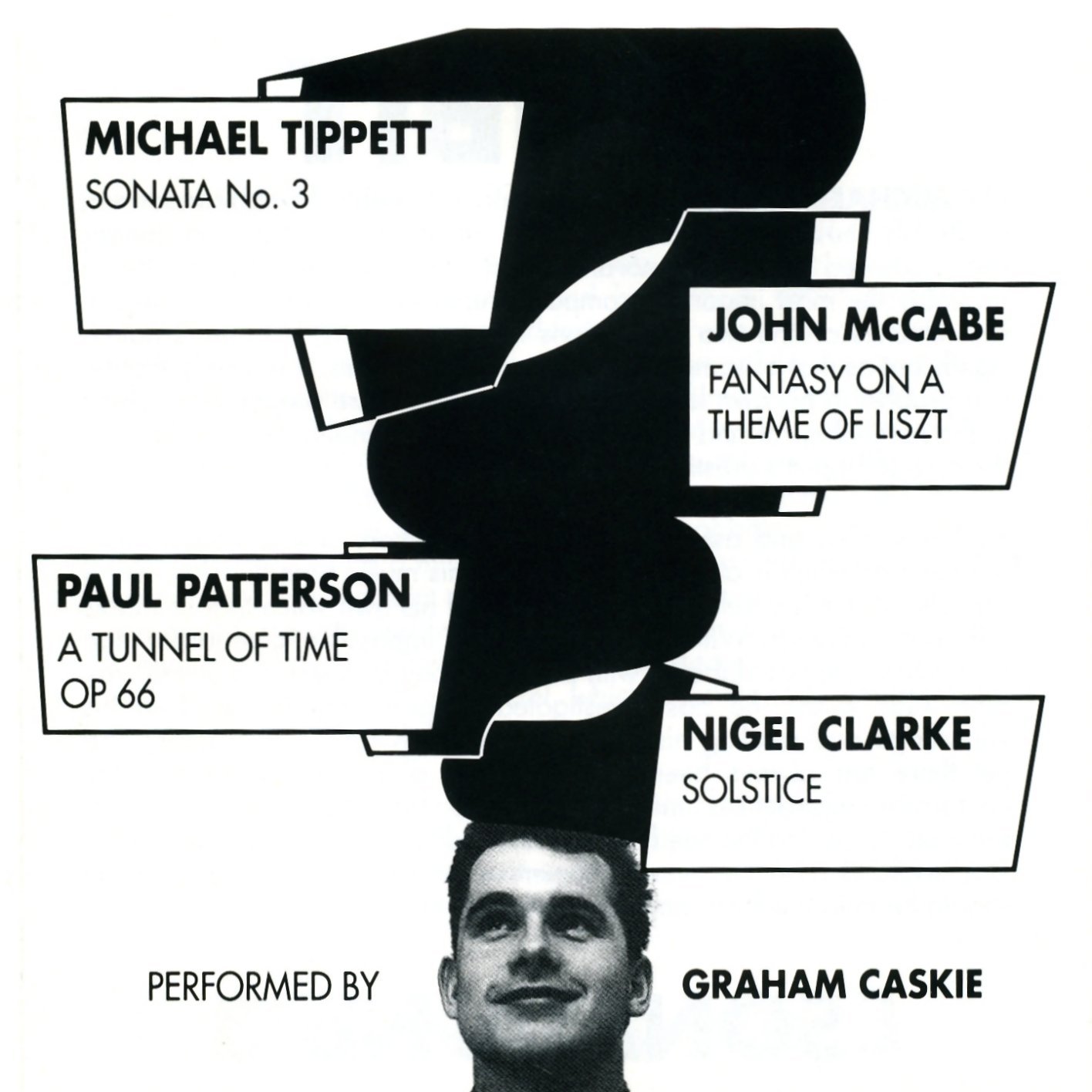 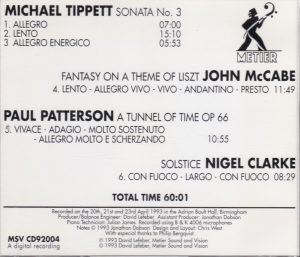 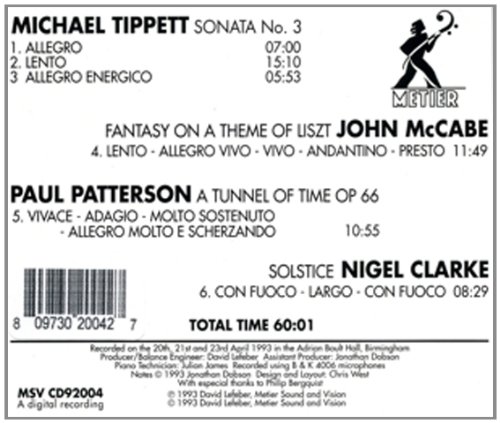 Caskie offers a disputable reading of Tippett’s 3rd Sonata, but the complements are fine
Originally posted on Amazon.com, 27 December 2013

Tippett’s four Piano Sonatas constitute a great body of works, not “avant-garde” in the serial manner of Boulez or Nono or Berio, not exploring new ways of playing the time-hallowed instrument like the strand that starts with Cowell and goes through Crumb and Stephen Scott, but still entirely original, uniquely personal and quite daring even in its own (relatively) traditional language. A gap of 11 years separates the Third Sonata from 1973 from its predecessor, and Tippett would wait another 11 years to write his next and last. The Third is an impressive work and a tougher nut to crack than the first two, with its furiously and even suffocatingly pounding outer movements (but with moments of dreaminess in the first, a sonata form with contrasting elements), and its sprawling slow movement, an extended theme and four variations with the theme made of 17 hushed broken chords, including one “mystery chord”. This riddle deserves some explanation, which is given in my review of the recording of Paul Crossley (who commissioned and premiered the work) on CRD.

Tippett’s unique magic and stunning originality is at play here again in the form of the mainly two-part, non chordal writing in the outer movements, with a preference for sending both hands to the piano’s extreme range, in the incredible inventiveness, Debussy-like delicacy and mesmerizing atmospheres of the theme and variations, and in the profusion of trills and grace notes, making it feel as if the ornament, the decoration even, was the veritable essence of the work, madrigal-like. I’m not sure that it is a work I would have warmed to as much as the first two if I hadn’t come across the score, but with score and careful listening attention it is as great and fascinating a work as anything written by its composer.

This recording by Graham Caskie was made in 1993 and part of a series on Metier which entrusted each Sonata to a different pianist, the complements being other British contemporary piano composition: the Second by Steven Neugarten (with works of Nicholas Sackman, Robert Saxton and Justin Connolly), the fourth by Nicholas Unwin (plus compositions of Saxton, Colin Matthews and Constant Lambert), and inexplicably Metier never completed the series with the First. The reading of Caskie however can’t be recommended as a first choice, and not only because first choice must go to complete recordings of the four sonatas, those of Paul Crossley on CRD (1984, see link above), Nicholas Unwin on Chandos for the first three (1996) and Metier for the last (see link above), or, preferably, the best and most complete of all, Steven Osborne on Hyperion (who complements the four Sonatas with Tippett’s output for piano and orchestra). But Caskie also offers something of a maverick reading, one that strays from the norm, with very expansive tempos throughout. Compare his 6:57 / 15:10 / 5:53 to premiere performer Paul Crossley’s 5:27 / 12:19 / 5:31 (and I could have extended the comparison to the other available recordings, it would have shown the same thing, Crossley is not the fastest in any movement). The result is a first movement that offers fine moments of dreaminess although it is at the expense of the forward thrust that should be retained even in those moments, but also has less furious and pounding energy than it should – and the same applies, although less conspicuously so, to Caskie’s Finale. I also have small issues with Caskie’s balancing of both voices in the first movement and the small lack of elucidation of some important themes at the left-hand which results, or with some of his articulation, too legato and not staccato as Tippett indicates, which robs the music of some of its intended whimsicality (3:20). Caskie also takes a VERY slow slow movement, which at least is consistent in approach and better suited to this very dreamy and atmospheric music, although I wonder if listeners without the fascination of being able to follow with the score won’t find, at that tempo, the music somewhat rambling; and Caskie seems to have thought so, since as soon as the seventh chord he shortens by one beat the value of the last quarter note (which is the chord complete and resonating), in effect changing Tippett’s 7/8 rhythm into a 6/8, a decision I’m not so happy with, although it is a very subtle thing and not perceptible to anybody without a score. In the third variation (8:56) he is not always perfectly accurate either in his rendition of the 7/8 (he shortens the value of the fifth beat – Crossley and Peter Donohoe on Naxos do so as well), and in the fourth variation (11:48), a beautiful etude on watery trills, he is so “free” (or slack) in his pulse as to seem to change entirely Tippett’s rhythmic contour. Again, none of this will be perceptible to the listener without the score and certainly doesn’t distort the effect and beauty of the music, but then even the listener without score might be interested to know that he won’t be listening exactly to what Tippett wrote. But the relative lack of pounding fury in the outer movements, while it may, for all I know, make it easier to take by unprepared listeners, doesn’t entirely do justice to Tippett’s intended message.

The fillers however are impressive and attractive works: John McCabe’s powerful Fantasy on a theme from Liszt’s Faust Symphony, Paul Patterson’s A Tunnel of Time, Nigel Clarke’s Solstice. They are all fine companions to Tippett’s Sonata and belong stylistically to the same family, in that none is written in a very avant-garde language, but all are demanding and rewarding, with their moments of atmospheric and resonant dreaminess and their their moments of brutal, motoric and toccata-like pounding. TT 60.