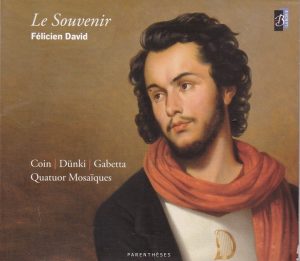 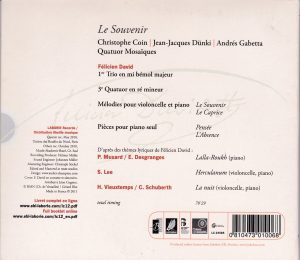 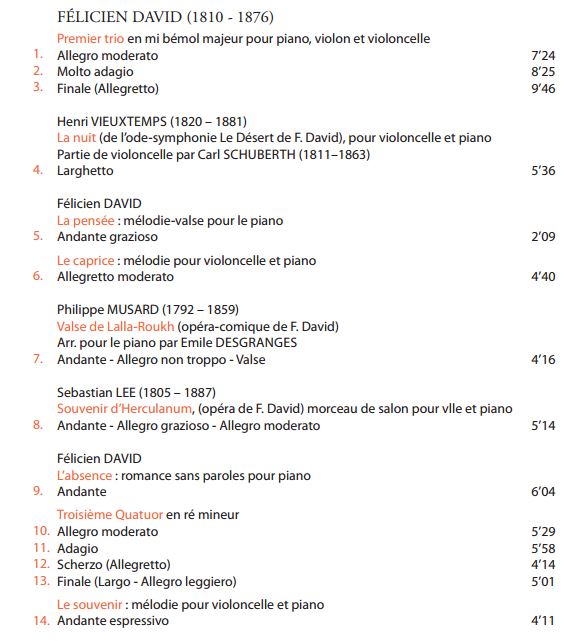 You wanna know why downloads suck? Well, there are a number of reasons – inferior sonic quality, un-resalability, no booklets – but here’s another one. So you had this small French CD label, Laborie, especially devoted to the rediscovery of the “small masters” (Félicien David, Alexandre Boëly, Johann Benjamin/Jean-Baptiste Gross…), which was financed by a cultural center called Laborie Foundation and housed in a castle in the Limousin region of France, somewhere near the country’s bull’s eye (they also had a recording studio), and where cellist and conductor Christophe Coin and his Quatuor Mosaïques and Ensemble Baroque de Limoges were in residence until, apparently, Coin fell out with the management of the foundation, leading to the Ensemble’s demise in 2013. Laborie published very few CDs of classical music (they also had a jazz collection), hardly more than a dozen. And when you bought those Laborie CDs, like this one, they came with a short booklet in French and English; this one has track listing, a very short presentation of “the chamber music of Félicien David” and two photos of the period Erard and Kunz fortepianos used in the recording, but you found a short line on the back cover that said that the “complete” booklets were available on their website. And, sure, I can understand the economic rationale for it: those complete booklets were lavish, containing erudite musicological essays, replete with information and great iconography, in French, English and German. How much would that cost to print and how thick would they be… So, fine for download. BUT…. only as long as Fondation Laborie existed. Obviously the divorce with Coin and Ensemble Baroque de Limoges didn’t help them, because the Foundation was liquidated in 2015. Apparently the castle was acquired by a chain of luxury hotels…. So, now, type in the weblink they give on the back cover… and it takes you to one of those hateful “404” pages, screaming at you “page doesn’t exist anymore, sucker!” So where are the damn booklets now? And it’s not as if Félicien David was your household composer and that you could easily do without the lavish information provided in the book.

But wait! There’s a speck of good news in the pile of bad news: those Laborie booklets still retain a ghostly presence in the Internet limbo, and by some Google-processed miracle and a little bit of riddle-guessing I’ve been able to find them (a few also in English and German). So download them quick while they last – ghosts tend to fade away into the nether after a while. At the time of writing this link, http://www.fondationlaborie.com/images/stories/notesdeprogramme/ will take you to a directory, with the links of the available booklets, many of them also in English and German. I’ve downloaded all of them, even those of the CDs I don’t have, because hopefully it’s only “don’t have YET”. Better hoard. Those (in French and English) for this David CD are here: booklet in French, booklet in English.

There was something else about those few Laborie CDs: they came not with your customary jewel case but with cardboard casings and had a very original, cardboard origami-like unfolding system for maintaining the CD in its casing – turns out to be a “packaging concept” by a Swedish company called Jakebox, see http://jakebox.com/templatecategory/cd-jakebox. 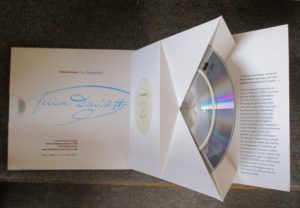 Trios Nos. 2 & 3 had already been recorded in 1991 by the pioneering Marco Polo (released in France on Naxos Patrimoine), proving again that romantic composers considered “minor” by posterity had composed major chamber music. The trios were published in 1857, as David was working on his opera Herculanum. The first Trio is a charming work, more lightweight than its two counterparts, more the romanticism of Weber (which the liner notes quote as generally being, with Beethoven, one of David’s models, as opposed to what he saw as the vacuousness of Rossini and Auber) or early Schubert, or even (pace David) the light-heartedness of, precisely, the Rossini from the String Sonatas. Its slow movement is very songful and operatic, flirting on the sentimental but with flights of passion. Trios No. 2 & 3 sounded more mid-19th century romantic, more Brahms and Schumann.

It is played here on period instruments, by Jean-Jacques Dünki, Andrés Gabetta (who turns out to be the brother of cellist Sol Gabetta) and Christophe Coin. As “authentic” as it is, I’m not entirely convinced that an 1850 Erard piano, with the typical lack of body and resonance of its treble, does the best justice to David’s piano scoring, but there are moments in the Finale where the piano has the delicacy of a music box

It is Schubert and Mendelssohn I mostly think of when hearing David’s 3rd String Quartet, with its “sturm & drang” atmospheres relieved by more light-hearted moments, and its “Polish” (or is it Spanish?) whiffs of tunes in Scherzo and Finale. David’s quartets (there are three, plus a fourth left uncompleted upon his death) are works of David’s final years, when he had ceased to write operas. At the time of recording they existed only as manuscripts held by Bibliothèque Nationale de France. The e-booklet refers to an edition of the scores and parts that could be bought from Laborie, but of course Laborie is gone now, so who knows if the material survived or was thrown to the trash. However, there now seems to be now commercial editions available at least of Quartets Nos. 2 & 3, by publisher Callié – expensive, too. The other three have been recorded, by the Cambini Quartet, Naïve-Ambroisie AM 206 barcode 822186002063. Laborie also issued a companion disc, performed by Coin and members of his Ensemble Instrumental de Grenoble, of excerpts from David’s cycle of 24 string quintets titled “The Four Seasons”, LC11, barcode 0810473010075, which I don’t have but must find. They also sold scores and parts for those.

The program here is completed by shorter pieces for solo piano and cello and piano, including arrangements or paraphrases by other composers of tunes from David’s operas, Herculanum (arrangement by Sébastian Lee (1805-1887), Lalla-Roukh (Philippe Musard and Emile Desgranges) and Ode-Symphonie “Le Désert” (arrangement Vieuxtemps and Carl Schuberth). Not all are significant, but the arrangement from “Le Désert”, titled “La Nuit”, unfolds a beautiful tune, dreamy, wistful and emotional, and I don’t see why Saint-Saëns’ Le Cygne or Fauré’s Elégie and all the other trinkets adored by the cellists are the warhorses they are and “La Nuit” isn’t: it belongs there, and would make a great encore in a recital. Rostropovich died too soon, had he known it a surely would have championed it. Coin plays those cello pieces with warm, creamy tone.

TT 78:29. See my discography of Laborie for the complete picture.