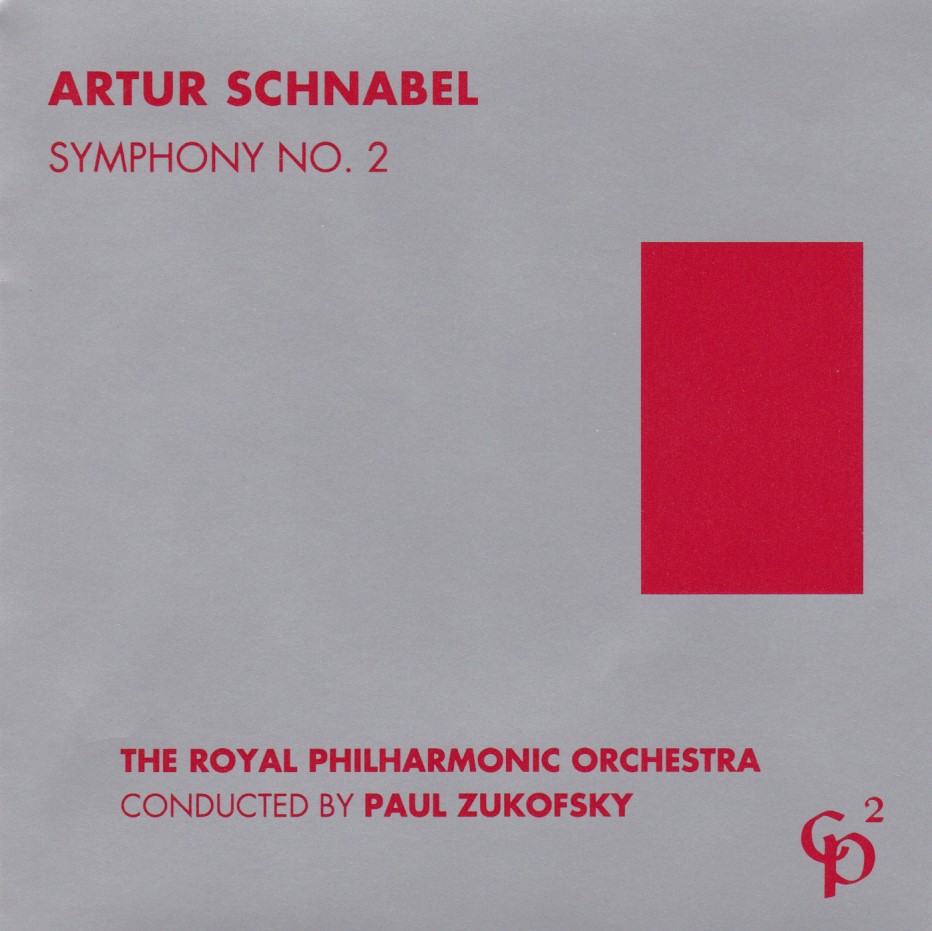 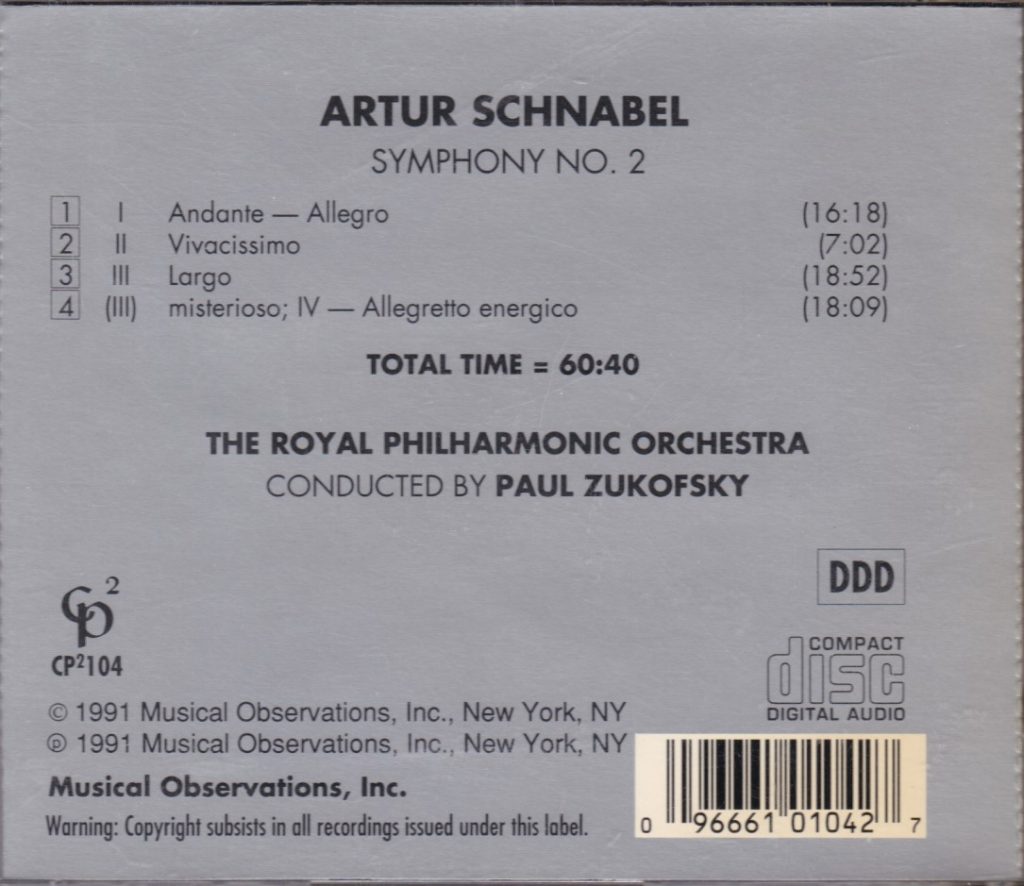 Artur Schnabel. A name and a musician that music lovers, especially those interested in historical recordings, are familiar with, the classicists’ classicist, a reference in Mozart, Beethoven and Schubert, in particular with his seminal recordings of the five Concertos made with Malcolm Sargent in the early 1930s and his ground-breaking first ever complete recording of the Piano Sonatas (completed in 1935). In fact, when you really study his art of interpretation, to call Schnabel a “classicist” is somewhat misleading: he’s definitely NOT a classicist if you understand the word as meaning something like “middle-of-the-road”. I’m not sure he was “middle-of-the-road” even in the 1930s, when interpretive traditions and paradigms in Beethoven were radically different from what they’ve become starting in the late 1950s and early 1960s, so much so that we’ve forgotten how things were and what the “norm” used to be (for more on that, read my numerous reviews of historical performances by Schnabel, Heifetz, Toscanini and the likes). But if he played today as he played during his lifetime, with urgent tempi, never lingering even in the “slow” movements,  Schnabel would seen as one of the most radical HIP-inspired performers (HIP = Historically-informed performance). And it is also Schnabel who, asked once if he was of the school that strictly played in time, or of the school that played according to feeling, gave this response: “why can’t one feel in time?” (I’ve read this once and need to retrieve the exact source of that quote). It epitomizes what to me is the summit of musical artistry: immense freedom within (not “against”) strict discipline.

But Artur Schnabel, the composer ?

Oh, yes (might you think). One of those performers dabbling in composition, during their spare time. Like Furtwängler, Klemperer, Dorati, Bruno Walter, Weingartner, Siegmund von Hausegger… Footnotes in the music history books, footnotes even their own biographies. Not that all performer-composers are negligible composers, mind you – Mahler and Rachmaninoff would prove the claim wrong. But performers that are significant composers are ultimately recognized by posterity, aren’t they? Those neglectec by posterity were the dabblers… (might you think).

Well. I’m dumbstruck by Schnabel’s Second Symphony. Like Mahler, Schnabel seems to have made composition a summer activity. The symphony was composed in the summers of 1941, 42 and 43, vacationing not on the shores of the Wörtherlake in Austrian Carinthia but in the mountains of New Mexico. In it I hear a lot that reminds me of Schoenberg – not something you’d expect of a “classicist” who concentrated his performing repertoire on Mozart-to-Schubert…. I’m not thinking here of a particular piece of Schoenberg , or moment in Schoenberg’s compositional evolution (Schoenberg started a late-romantic, became an atonalist, then a relatively strict twelve-tone composer, then a somewhat watered-down twelve-tone composer using the old forms of baroque music – and was derided by Boulez for doing so, in the tantrum-raising obituary-essay he titled “Schoenberg is dead” – the article can be read online). In the Symphony I hear a unique mixture of Pelleas & Melisande – Schoenberg’s arch-post-romantic style, using huge orchestral forces – and (not only in the Symphony’s flirting with atonality but also in its angularity), the First Kammersymphonie, Schoenberg’s first large-scale atonal work. Erwartung, also one of Schoenberg’s first forays into atonality, comes to mind as well: think of an Erwartung without words (which, incidentally, HAS been performed, by Hermann Scherchen). And of course, Berg, the bridge between Romanticism and twelve-tone-music, often comes to mind, especially in the imposing first-movement climaxes. Finally, in the extended Finale, the music goes over the mountain pass, and you are easily in the sound-world Schoenberg’s Variations for Orchestra, or of Roger Sessions’ mature style.

And there lies the fascination of Schnabel’s symphony to my ears, I think: it’s not your typical late-romantic work, the kind written by Zemlinsky, Franz Schmidt (his superb Fourth Symphony comes to mind, by Schnabel’s language goes way beyond), Siegmund von Hausegger (as a performer, an important early champion of Bruckner, but now en route for a discovery as a composer), Joseph Marx – or early Schoenberg: Schnabel’s is more advanced than that, although it conveys many reminiscences of that. But it’s not quite Schoenberg’s Variations op. 31 either – because precisely of all those reminiscence of a late-romantic style.

The Symphony is a huge work, in length (an hour here) as well as in scope, that can reach climaxes of awesome grandeur, and with an orchestration that is always deftly mastered, magnificently imaginative and full of ear-catching surprises (violinist-conductor Paul Zukovsky, who contributes the liner notes, has very perceptive things to say about that, speaking of an orchestration “using many instrumental ‘doublings’ that change constantly so that when conducting this work, one has an impression of timbral manipulation that is far closer to what one finds in an electronic music studio…” ). Very typical is the awesome climax at mid-point in the extend Finale (circa 8:30) followed (9:58) by a mourning solo for viola – from one extreme of the spectrum to the other extreme.

Zukovsky seems to master this complex score and marshal the Royal Philharmonic Orchestra with great mastery. His liner notes on Schnabel’s place in the developments of 20th century music are a model of intelligence. Lauds to him for his championing of the music of Schnabel, in this and other recordings published on his own label CP2. If you are into late-romanticism when it’s about to spill over into atonalism and beyond, don’t miss this.