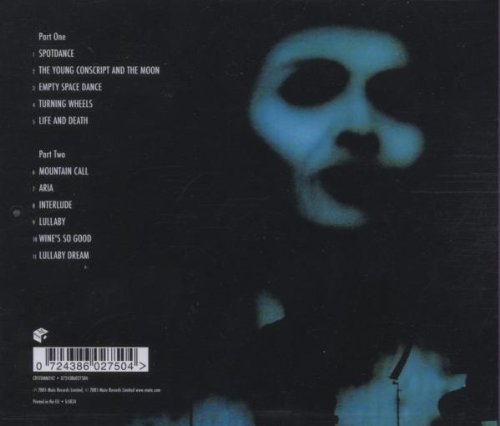 The Maria T. of the title is Maria Tănase, a popular singer very famous in Alexander Balanescu’s native Romania, active from the end of the 1930s to her death of cancer in the early 1960s  (link will open new tab to entry on Wikipedia). Her own songs were often adapted from the Romanian treasure-chest of folk songs, and were apparently often of bittersweet nature. The reasons of Balanescu’s choice of that source material are obvious, very intimate and clearly stated in the liner notes. “As an eternal foreigner, I attempt repeatedly to reconnect myself to the cultural background f the country where I grew up“.

Balanescu’s intent, stated in the liner notes, was not to do just transcriptions, but to take the Tanase source as a point of departure to entirely new and personal compositions. He says it better than I do: “my intention was not to make transcriptions or arrangements of the ethnic material but to develop through my own particular musical perspective a new personal language, while always remaining true to the sprit of the original source material“. Yet, those familiar with the two first Balanescu albums on Mute, Possessed (1992) and Luminitza (1994), will not discover here any unfamiliar territory. The compositional formulas are pretty repetitive: soaring, lyrical phrases, often plaintive and nostalgic, over repetitive accompaniment, either rhythmic and dance-like or slow-moving. The music is intensely lyrical in its plaintive way, never more Gipsy-sounding (which somehow sounds also very Jewish) than on track 2. Track 6, “Mountain Call”, is especially mesmerizing in its otherworldliness. Balanescu adds a pop-music drum accompaniment at the end of track 3, around the 7:30 mark (some of these songs are quite long, some of them a bit too long I found: too much repetitive music tends to outstay its welcome). Sometimes he uses the original song as a kind of “background music” or accompaniment over which he elaborates (track 4, 6, 10). What you can hear of Tanase’s voice is confirmed by a website on which you can hear a selection of 59 of her songs in original form (link will open new tab). In the selection I sampled, the voice sounded like that of an old woman – you can fancy a village singer alright: a (powerful) viola rather than a violin. Balanescu’s compositions put a nostalgia therein that I don’t always hear in the original songs. So Balanescu has, indeed, transcended his source material. Yet I find his first album, “Possessed”, more varied in its moods and sonic invention and therefore more accomplished and entertaining. This is pleasurable and easy-listening, but a little to uniform in its compositional processes and plaintive/nostalgic mood. TT 77:44