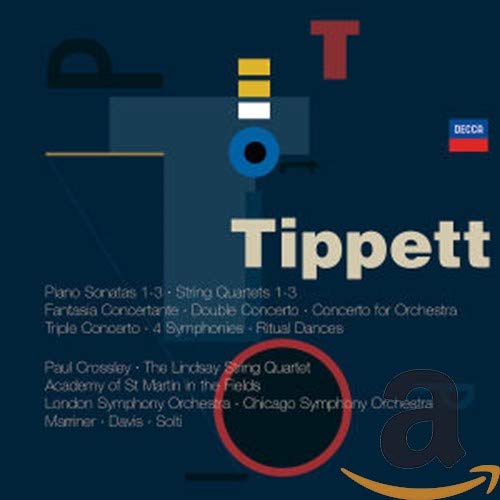 If you are not already a Tippett collector and don’t have the material gathered on this 6-CD collection, on previously published individual CDs, this is where to start your Tippett collection.

The set compiles a number of great Decca and Philips recordings mostly from the 1970s, in great sound. Most but not all were previously released on CD, and those that weren’t, and find here their first (and, it turns out, only) CD-release, are tantalizing and frustrating for the seasoned collector.

Best case in point are the Piano Sonatas Nos. 1-3 recorded by Paul Crossley in June 1973 (CD 1). They came out in 1974 on LP Philips 6500 534, were not reissued to CD before this compilation, and were never thereafter. Crossley commissioned and premiered the Third, and premiered the Fourth (not on the compilation), he worked closely with the composer and has therefore unique legitimacy in that repertoire. A decade later he recorded the four, on CRD 34301 (link will open new tab to my review), but it’s great to hear is “first thoughts” on the matter. That said, his interpretations haven’t changed significantly in the intervening years, see my review of the CRD remake for the comparative details.

First and only CD reissue is also the case with the Sonata for Four Horns, recorded at Kingsway Hall on April 27, 1967, originally published on LP Argo ZRG 535 as a complement to the Second Symphony. Same with the Ritual Dances from the opera The Midsummer Marriage, recorded by the Orchestra of the Royal Opera House Covent Garden under  John Pritchard on 27 and 31 October 1957 (CD 5). 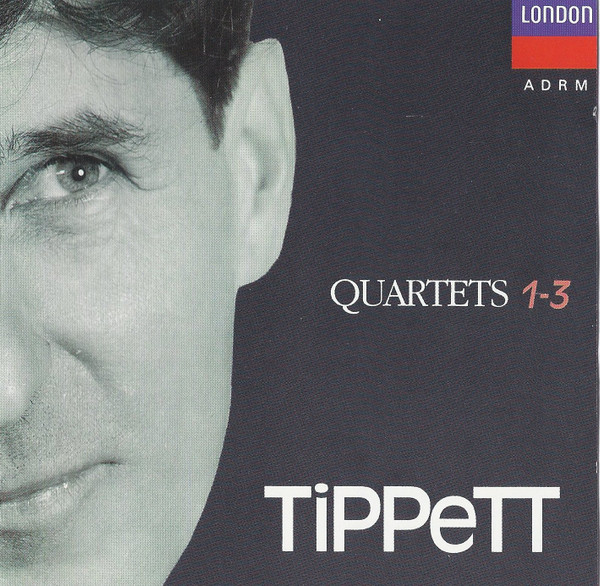 The recordings of Neville Marriner conducting his Academy of St Martin-in-the-Fields (Fantasia Concertante on a Theme of Corelli and Concerto for Double String Orchestra on CD 3, Little Suite for String Orchestra on CD 4) were made on 26-28 October 1970 at St. John’s, Smith Square. Originally published on LP Argo ZRG 680, they were first reissued to CD in 1989 on London “The British Collection” 421 389-2, barcode 028942138926. In 2006 there was an augmented reissue n Australian Eloquence / Decca 476 7960, barcode 028947679608, with the addition of  Colin Davis’ recording of Suite for the Birthday of Prince Charles with the London Symphony Orchestra from December 1975, never before or after reissued (it is Georg Solti’s later recording with the Chicago Symphony that is gathered on the present set), and the same Fanfare for brass as here. Marriner’s recording was important for ushering in a new interpretive paradigm in these works, spacious, lush and pastoral, that was followed by many thereafter, where the earlier versions conducted by Tippett himself in 1964 (Corelli Fantasia, with Menuhin and his Bath Festival Orchestra) and by Rudolf Barshai in 1962 leading the combined forces of his Moscow Chamber Orchestra and the Bath Festival Orchestra (Concerto for Double String Orchestra), had been uniquely urgent, vehement and passionate. Both pieces are collected on an equally indispensable twofer with Tippett’s Piano Concerto and first two Piano Sonatas performed by John Ogdon, EMI 7 63522 2 (link will open new tab to my review). 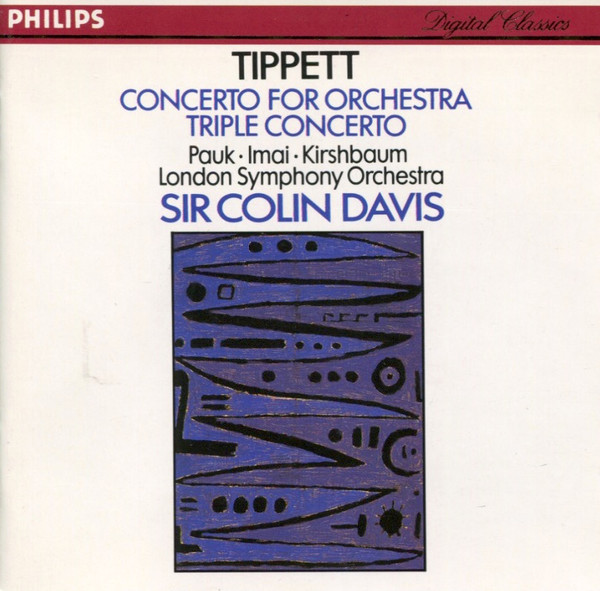 Of course, while the set provides a great start, the Tippett fan will also be missing some significant pieces, even limiting myself to the instrumental and orchestral compositions which are the scope of this compilation. To go further, said fan will need to complement the set with a few other CDs, even at the risk of some duplication – and duplication is not a risk, but an ear-opener, when the interpretations are sufficiently contrasted, as with the EMI recordings mentioned above of the Corelli-Fantasy and Concerto for Double String Orchestra.

For The Blue Guitar, Tippett’s fine contribution (from 1983) to the solo instrument, there are so many options, see my complete Tippett discography to know which (link below), but one may want to favor, or at least start with, the world premiere broadcast recording (December 1 1984) by dedicatee and premier performer Julian Bream, belatedly released by Testament on SBT 1333 (2005), barcode 749677133320 (with works of Bach, Sor, Turina, Schubert). But my reference here is Craig Ogden on Nimbus NI 5390 (“Tippett The Blue Guitar” with works of Britten, Richard Rodney Bennett, Walton, Lennox Berkeley), barcode 083603539023 or 710357539022 (1995).

The 4th Piano Sonata can be found in a great reading by Nicholas Unwin on Metier MSV CD92009 (1995), with great pieces by Robert Saxton and Colin Matthews (Unwin also made an excellent recording of the first three Sonatas on Chandos 9468)

The Piano Concerto is a great and original piece, quite unique among the 20th century piano concertos. I’ve referenced above the EMI twofer which reissues John Ogdon’s and Colin Davis’ recording along with Ogdon’s recordings of the first two Piano Sonatas and other great EMI recordings from the 1960s – an acquisition as indispensable to the Tippett beginner (and the staunch Tippett follower as well) as the present Decca set – not “despite the duplications” when they happen, but because of them. But the best presentation today of both the Piano Concerto and the four Sonatas (and with Tippett’s other concertante work for piano to boot, the Fantasia on a Theme of Handel), is the 2007 Hyperion two-CD set by Steven Osborne and Martyn Brabbins.