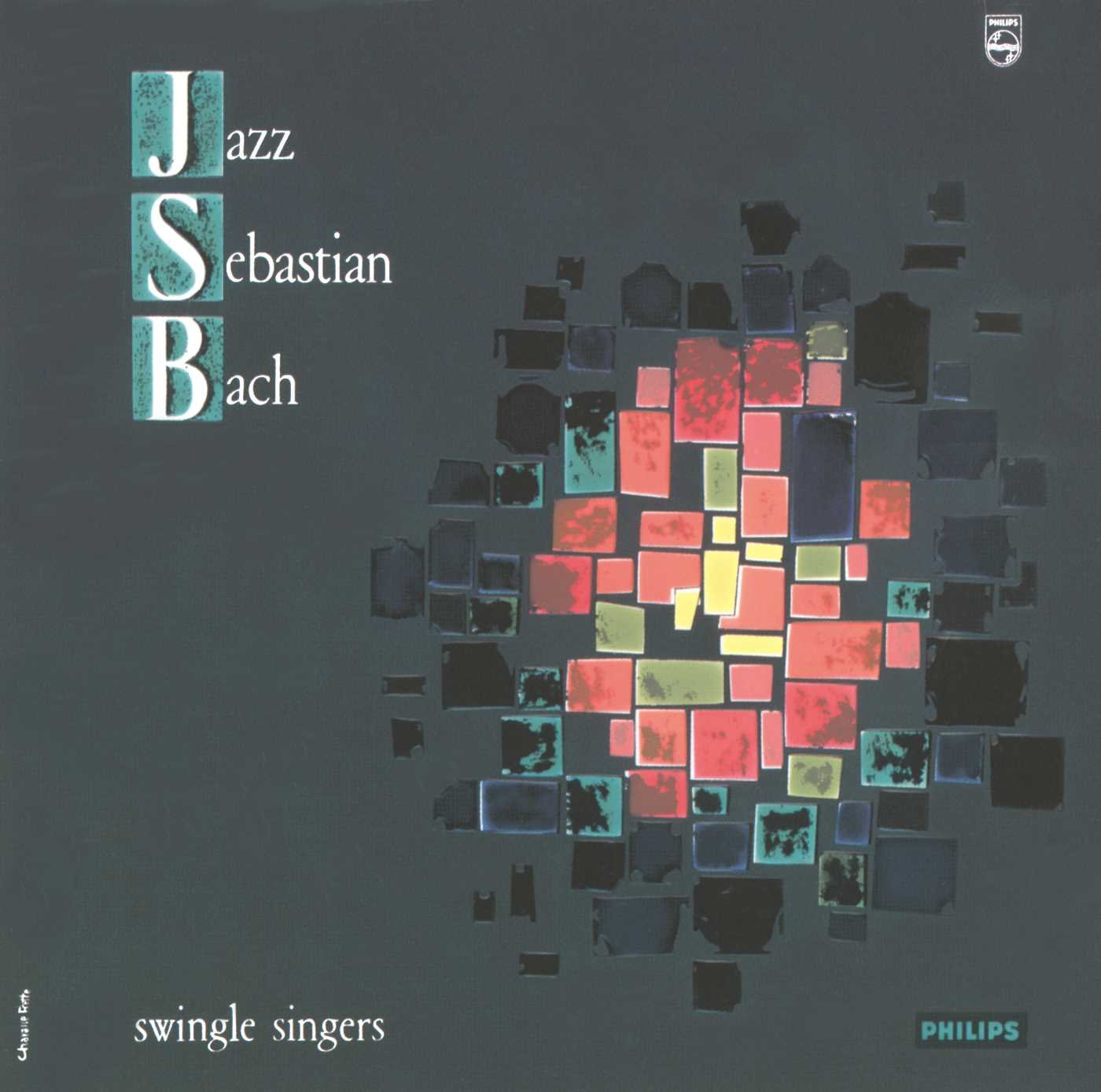 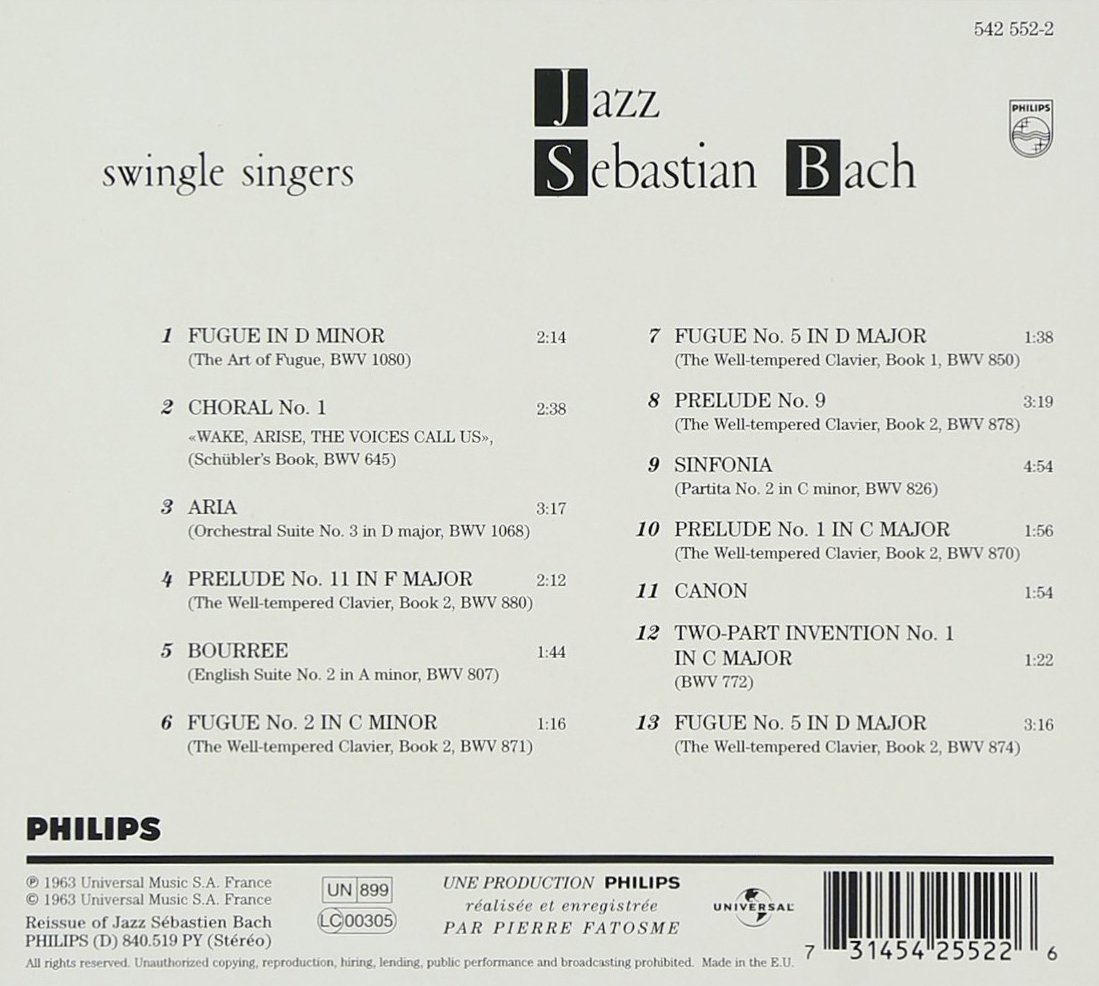 Why settle for less?
Originally posted on Amazon.com, 31 March 2011

This is the straight reissue of the Swingle Singers’ very first LP, published in France in 1963 on Philips 840.519 PY under the title “Jazz Sébastien Bach” and the same year in the US as “Bach’s Greatest Hits” on Philips 600 097. 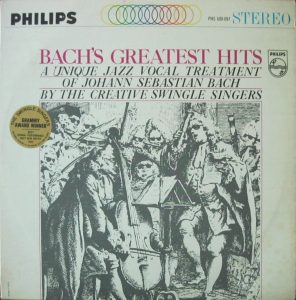 It was a great LP and remains a great recording. I’ve contended in my other reviews of the Swingle Singers that, besides the pleasure of any transcription (enabling you to hear the old warhorses in new and ear-catching timbral guise, like having your wife show up in a new sexy lingery, adding new thrills to the old routine), what makes their arrangements and realizations so fascinating is two things: first, they elevate to the status of high art what we all do, inadvertently, without even thinking about it, in a very rudimentary manner, walking on the street, washing the dishes, ironing or vacuuming – and, of course, showering: humming our favorite tunes. Second, they return instrumental music to its very essence and origin: the human voice. Presumably Bach (and Mozart, and Vivaldi) first hummed these tunes to themselves before committing them to the music sheet, and it is in the name of this essence and origin that it is expected of instrumentalists to make their instrument sing, even when their acoustical properties are radically different from those of the voice, like the plucked-string-harpsichord or the struck-string piano.

Fine then. But Universal is really milking the cow here. The original LP was no more than 32-minutes long, and this is what you get here. And that Universal also released it and its companion and sequel Le volume 2 de Jazz Sébastien Bach, Philips 542-553-2 (originally released in 1968) gathered in a cardboard casing (see heading) doesn’t change anything to the fact that you get two short-LP-timed CDs, not one fully-filled CD. I simply don’t get the point of these “original jacket collection” type of reissues. What’s the point of getting 30 minutes on a CD when you can pair two LPs and give us 60 or more? Just for getting the glands of nostalgia of the older, LP-raised generation to salivate? I’m not listening to this for nostalgia, but because it spurs my enthusiasm, now, here and today! So I want more of it per CD.

And in fact, this is exactly what Phonogram Germany (then the owning company of the label Philips) did in circa 1985, when they first reissued that LP: they paired it with the Swingle’s Bach sequel on a single, coveniently-filled CD, and that CD is still available at the time of writing, at very affordable prices: Jazz Sebastian Bach on Philips  824 703-2. So, quite frankly, I don’t see who would want to buy the present disc. Why settle for less?

See the enty of the Phonogram/Philips CD for my complete review.