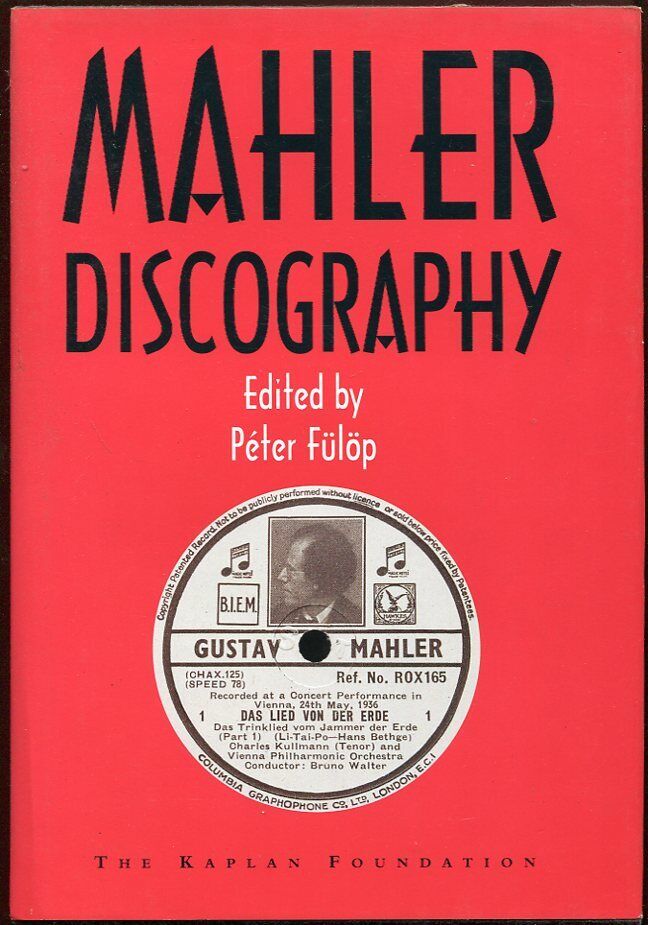 Essential, phenomenal – but now, after 16 years of immense services, the new edition is there
Originally posted on Amazon.com, 7 November  2011, modified January 2014

This book was published in 1995 by the Kaplan Foundation (I have no idea why Amazon.com lists the publisher as Dutton. The ISBN-10 number is indeed the same as on my copy) and it was THE ultimate Mahler discography up to September 30, 1994. It has been of constant use to me whenever I was in a Mahler listening spree. To give an idea of its achievements (I am quoting here the introductory essay by Zoltan Roman), the previous, most comprehensive discography, published by Jerome F. Weber in 1974 (it was the second, revised and enlarged edition) contained 342 entries. Fülöp’s has 1,168. Mahler’s most recorded symphony, the first, had 34 entries in Weber, 106 with Fülöp.

The discography is clearly organized, by compositions (starting with the symphonies, then the song cycles, the piano quartet movement, the dubious Symphonic Prelude and then the recordings of Mahler’s re-orchestrations of other composers) and provides a wealth of information: recording dates and locations (in some cases where I was able to double check with later discographies of orchestras or conductors, the dates are not always entirely accurate, though), labels and numbers, dates of release(s) and deletion(s), reviews in the major English-speaking record magazines, authors of liner notes and much more. The recordings are listed by dates of recording, but indexes of artists and performing ensembles, and of labels, allows for other research criteria. There is also a table of timings (organized by works, then alphabetical order of conductors or singers). All this is phenomenal.

Naturally, more than 15 years after the book’s publication, much discographic water has flown under the bridge, and when I initially wrote this review, in November 2011, it had become frustrating to have such an information gap. It was not so much the absence of all the new recordings made and published as of 1995 that was my personal problem (I could track those through searches of the Fanfare and Gramophone on-line archive, or on commercial websites), as of the recently published older recordings, live or else. For instance, concernning the 9th symphony, Fülöp listed a recording made by Kiril Kondrashin with the Moscow Philharmonic in May ’67, released by Melodiya and Eurodisc on LP but not reissued on CD when he completed his discography. Now, I have the Melodiya CD of Kondrashin’s 9th (link will open new tab to my review), but there Melodiya gives 1964 as the recording date. Is this the same as the one listed by Fülöp? But the Japanese label Altus also published a live recording by Kondrashin and the same orchestra, made in Tokyo on May 16th, 1967 (ALT-018; it was reviewed by Tony Duggan on Musicweb International in July 2002). So is THIS the version that was published back in the LP era? I didn’t know. Same with Horenstein’s live performances with the London Symphony orchestra, first published in 1986 on Music & Arts CD-235 (originally no barcode, then 0017685023521):

When Fülöp published his discography, he simply reproduced the scanty info given by Music & Arts: 1966. In 2002 BBC Legends published another 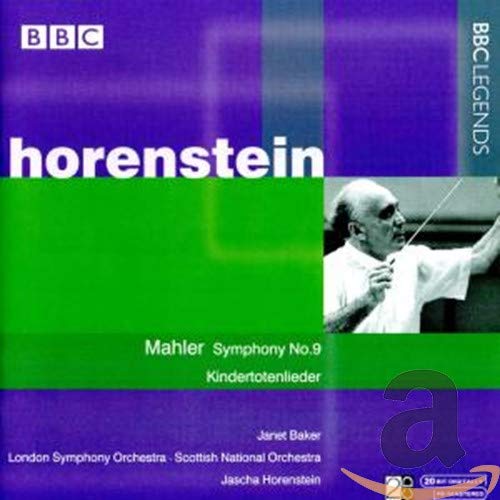 Horenstein 9th with the LSO, BBCL4075.2, barcode 684911407525, live from Sept. 15, 1966. I had read sources claiming that they were not the same performances and, from information gathered on the net, Mahler afficionados believe the Music & Arts version to be from a concert given on April 17 at the Royal Albert Hall. But this was contradicted by Philip Stuart’s authoritative discography of the London Symphony Orchestra (2009 edition), which claimed that these were the same, Sept. 15 performances.

So what did Fülöp have to say about that, 15 years after the publication of his discography? Until 2010 or early 2011, one could find the answers by going to his mail-order website, Mikrokosmos, which hosted Fülöp’s Mahler discography. I should have copied and pasted it. But suddenly the discography was gone. The reason soon became clear: at the end of 2010 Fülöp published a paper version of the up-to-date discography, for sale, and consequently deleted the online discography. Not that I blame him: it is tremendous work and deserves to be remunerated (other than having all the Mahler lovers raise funds to subsidise the erection of a statue in Fülöp’s honor). But while the original discography cost 50, the new one was initially sold for 180 – which is the price I paid for it. Soon after, I was none too happy to discover that Fülöp had cut its price by half. Apparently he hadn’t sold many copies at the original price. I did feel somewhat short-changed, but, looking at it more positively, I prefered to consider it as my contribution to this gigantic Mahler achievement, half-payment, half-donation.

All that to say that the new discography (link is to my review), valid up to April 2010, is out. It’s a humongous work and object. For a while it sold only on Fülöp’s website, MahlerRecords.com (a poscript from April 2021: sadly, MahlerRecords seems gone; Google it and you’ll be directed to a gambling website. Ghastly. On the other hand, Fülöp’s record dealership, mikrokosmos.com, is still there – but apparently, the 2012 Mahler discography is sold out). See my review to know why, whatever the price, this is the indispensable companion to any serious Mahlerite. Incidentally, it answers some of my discographic riddles:

Re: Horenstein, Fülöp maintains that they are two different recordings. I see that, on other points where there were small discrepancies between Fülöp’s previous Mahler discography and Philip Stuart’s discography of the LSO, Fülöp has amended his own, so he must have had reasons not to follow Stuart on this point. And indeed, Stuart’s 2018 edition of his LSO discography returns to the fold by ascribing the Music & Arts version to 21 April:

And Fülöp has re-dated the Kondrashin Melodiya LP to 1964.

The old edition can RIP.