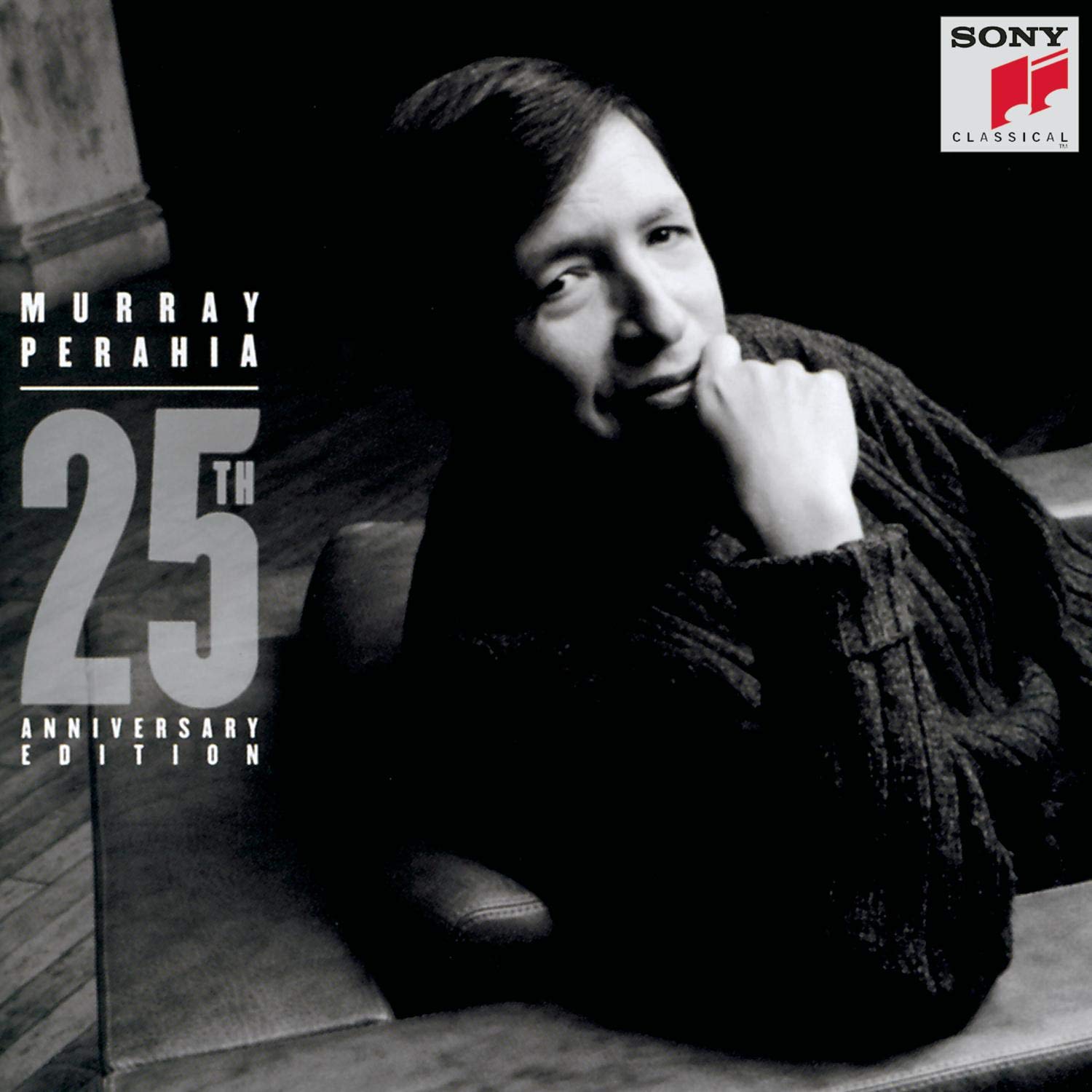 7 March 2022. These are partial notes taken in view of a complete review, still to be completed.

The set was released 1997. It was valuable mainly for reissuing Perahia’s 1980 Bartok recording – but, frustratingly, without the Sonata that originally came with it, and releasing for the first time his recording of Berg’s Piano Sonata (February-March 1987) and Tippett’s First (April 1986). Why kept so long in the vaults? Nothing is said. For want of a suitable coupling? Not so, because, with Bartok, that program of 20th century works would ideally fill one CD – and a pity, really, that Sony didn’t subsequently issue it as such. The full Bartok program, augmented of the Sonata for 2 Pianos and Percussion, has now indeed been reissued as an individual CD, in 2006, barcode 828767875026, see entry on Discogs.com. But so far (and still as of March 2022), you can access the Berg and Tippett only through the 25th anniversary set, with all the duplications it entails.

So you may think having to buy these four CDs is too much for less than an hour of music, with the Berg and Tippett Sonatas available in many alternative recordings. Maybe, but Perahia offers great versions.

Tippett was a late blossomer in composition – his first major outing was is first String Quartet, completed in 1935 when he was 30, and published only in 1946 afer major revisions, and his second major work was the first Piano Sonata, begun in 1936 and completed two years later (then called “Sonata Fantasy”, and later trimmed of a few bars in the famous Gamelan-inspired fifth variation in the first movement). Although commentators often draw a long list of references and influences when they talk about that work– Scarlatti, Beethoven, Bartok, Stravinsky, Janacek, Hindemith, Poulenc – I find it remarkably FREE of influences and already entirely“Tippettian” (if not quite the Tippett he later became). Tippett described how he had tried to escape the “heavy” and “too serious” Germanic models, and he does. That the first movement, a theme and variations, is written in a (mainly) 5/4 time signature doesn’t make it Bartokian at all, it has none of that Bartok rustic and vigorous pounding, and although it does have its moments of brash fortissimos, it is primarily lyrical and whimsical, and the slightly tipsy 5/4 signature and whimsical imagination in the variations give it a melodic shape that is entirely unique and, indeed, entirely NOT indebted to the Germanic and expressionist models. The slow movement is a somewhat austere but fascinating exercise in two-part polyphony based on a Scottish folk-song. Sure you can invoke the Beethovenian model (the 9th symphony comes to mind) in the exuberant Scherzo, a dashing Presto in (mainly) 6/8 rhythm (and Tippett would write other such movements in his symphonies, like Walton in his own First), but it is entirely transmuted in the composer’s language. The boisterous and vigorous Finale shows influences of Jazz/Ragtime, but also of something like hop-scotch dance, again transmuted in the composer’s personal language. There’s a gaiety, an “upbeat-ness” and insouciance that will seldom be found in Tippett’s later works.

Although by no means a “specialist” of the music of Tippett, Perahia shows a remarkable grasp of the composer’s style. Tempos are always sensible and Catholic, closer to those of the two early champions of the Sonata, Phillys Sellick who made the premiere recording in 1941 (reissued on NMC D103) and Margaret Kitchin who made the second in 1958 (now Lyrita) and was the dedicatee of Tippett’s Second Sonata, than to John Ogdon’s own from 1966 (originally reissued on an EMI-Studio twofer with other great Tippett recordings from the 1960s), although Perahia’s Finale is as dynamic and exuberant as the latter’s. The attention to details is unerring, and what marks Perahia out, other than the general excellence of his reading, are his sweet and truly “dolce” (as Tippett indicates somewhere in the dynamic Scherzo and boisterous Finale) pianos, and fortes and fortissimos that are never hard or crashing, giving the impression of a relatively constrainted dynamic range and a far cry from Ogdon’s massive pounding. This is as fine a rendition of the Sonata as you will find, to make one rue that Perehia never recorded Sonata No. 2.