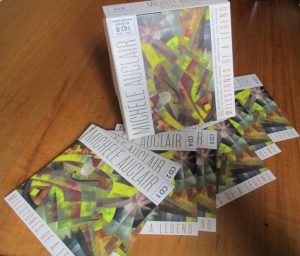 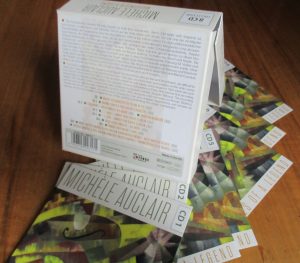 Note: datings for Mozart, Brahms, Tchaikovsky, Bach, Debussy and Ravel are mine, not those of the set

I did not trust this set to begin with. I chanced upon it as I was compiling my big CD-discography of Christian Ferras – the same label has also issued a set devoted to him, 600379 barcode 4053796003799,  which I’ve left out of the discography, because obviously it offers what I believe are bootleg dubs of material that was reissued by the official labels, EMI and DG, in transfers that I trust will be infinitely better, so why bother? “The Intense Media”, isn’t that a new name for the infamous Membran, aka “The International Music” company (or TIM – note the acronym… as in The Intense Media), a German bootleg label that, some years ago, issued a series devoted to great conductors of the past, adorned with absurd titles for the supermarket, always “Maestro something” but the “something” was seemingly randomly-chosen and, when you knew the conductor, generally inapproriate (Ormandy, “Brilliante”? That would have fit rather Stokowski… Böhm, “decente”??? I can think of a better praise to an artist than to call him “decent”… Furtwängler, “Classico”??? There’s no more “Romantico” a conductor than Furtwängler! But okay, I’ve vented that already, almost a decade ago, see my review on Amazon… and what can I say, EMI-then-Warner have recently taken to the nasty habit, in their “Icon” sets…), and whose contents were obviously plundered from “serious” historical labels like Sony, RCA, Biddulph, Dante? Hmm… check, yes it is, as shown on Discogs.com

But it was cheap enough, and the recordings of Michèle Auclair are hard to come by – I have a few on CD from Japan, Schubert Complete Works for Violin and Piano on Erato WPCS-22084-85 (2003) barcode 4943674046027 , “The Art of Michele Auclair” with the Violin Concertos of Mozart (4&5), Mendelssohn, Tchaikovsky and Brahms on 3 Decca Tower Records Vintage Collection PROC-1234/6 (2012) bc 4988005738752, that I don’t think had any corresponding Western release. So although the TIM set duplicates part of what I have (TIM’s Tchaikovsky is another recording than Decca’s, the former from Remington with the Austrian Symphony Orchestra under Kurt Wöss, the latter with the Innsbruck SO conducted by Robert Wagner, originally published by Philips), I thought I’d try.

These were my first notes: “Sonics aren’t great but they’ll do. There’s a stereo spread in Brahms and Mozart that sounds somewhat artificial, but the ear adjusts”. In fact, comparing with my Japanese set, it is pretty obvious that TIM, true to kind, has simply pirated the Japanese transfers. Entirely illegal, but I’m sure those who balk at the expense of a 3-CD Japanese import will cheer. In truth, TIM’s Mozart sounds a little more mellow, without the touch of dryness and harshness that is heard on the Decca transfer. But there were previous “official” reissues of the Mozart Concertos, for instance in 1999 on Philips PHCP-20419 barcode 4988011165351, or again in 2006 on Philips UCCP-3413 barcode 4988005451750, so the improvement may not come from TIM, but from one of these earlier CD-reissues. The Tchaikovsky VC sounds disagreeably metallic, but I don’t know how much that comes from the original recording (Remington circa 1950). The Bruch (Remington circa 1952) sounds better. If you have an aversion for crackling LP surfaces – you don’t hear any or practically any in Mozart, Brahms, Tchaikovsky, Bruch, Bach, Kreisler. The Haydn violin concerto, on the other hand, sounds dubbed from a 78rpm… from the 1940s, I would have said, playing by ear. Wrong: it’s from 1938, and Auclair’s first recording, conducted by her teacher, Jacques Thibaud. The Debussy and Ravel Sonatas sound much better than the vintage attributed to them by TIM (claiming that they were recorded in 1942, with Jacqueline Bonneau) and I first wrote that “they sound here more like 1952”.

Well, no wonder: TIM’s “1942” is TIM’s invention, the 10″ LP from Les Discophiles Français, 525.122, was first reviewed in Revue Disques No. 115, March 1960! (nonetheless, it is an ultra-rare collector’s item that sells for anywhere between 1,000 and 3,000+ dollars, see here for instance). So “sounding more like 1952” isn’t such a praise after all… (while lauding the interpretations, the critic from Disques back in 1960 noted the sub-par sonic quality of the recording). TIM’s transfers come from LP, and the grooves are somewhat saturated in the climaxes at the beginning of Debussy in particular, added to the soft but constant background rumble of needle rubbing vinyl…. the kind of things we neglected when we only knew LPs, but that we become very aware of now that we have the CD. Note that those two recordings from Discophiles Français were reissued (with complements) in 2011 by Forgotten Records, FR 552 (see entry on Discogs.com, and on Forgotten Records own webiste – I don’t know where Forgotten Records got the idea that they were recorded in October 1957…), and in 2014 by Japan’s Green Door, GDWS 0017/18 (2 CDs), barcode 4580139522339 (with the 1938 Haydn Concerto and Auclair’s Schubert from Erato), and again in 2020… to LP… in 99 copies… by a label specializing in that kind of stuff, Electricrecordingco.com, see here and here (they give 1960 for the recording). 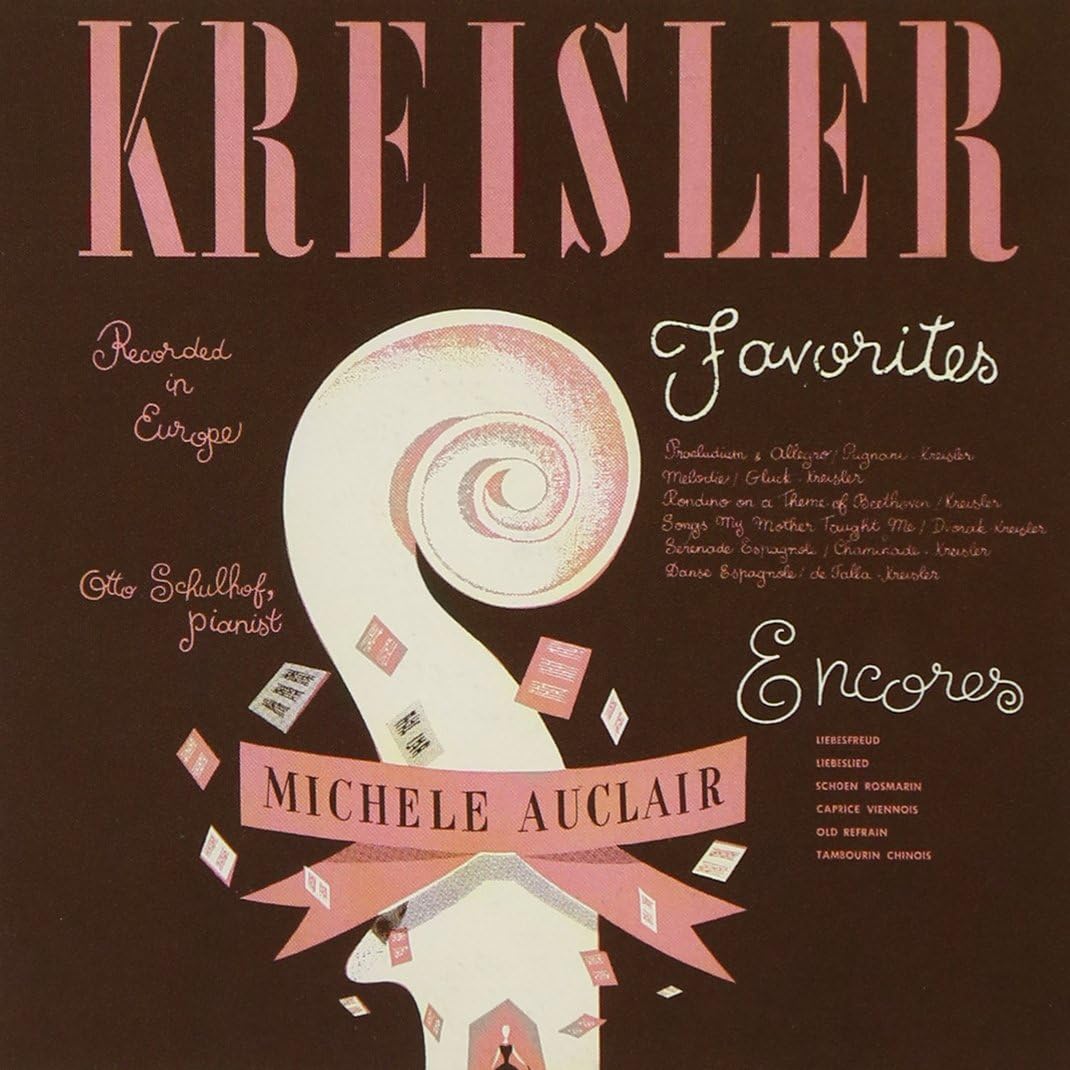 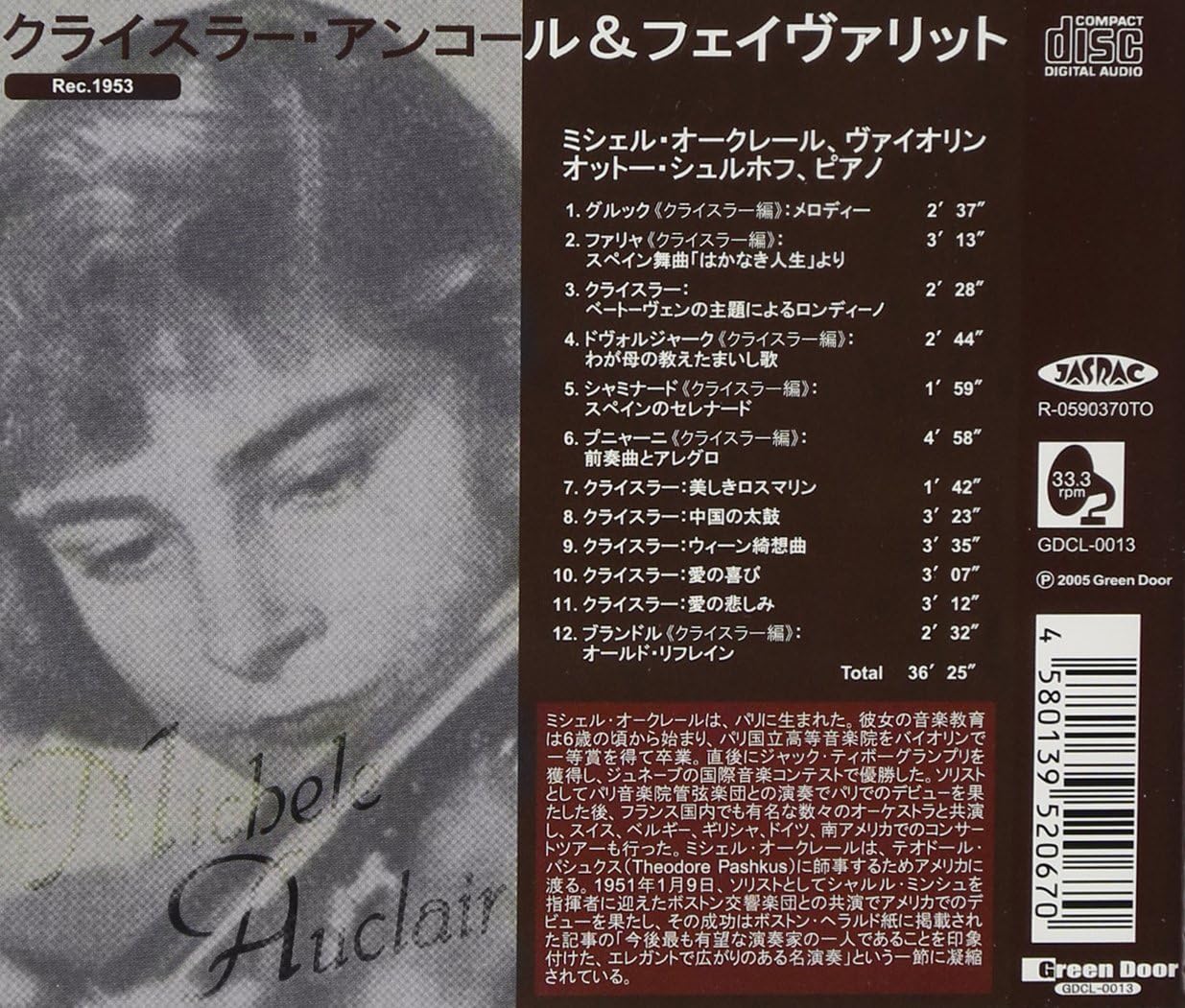 On the other hand,  the order of the Kreisler pieces on TIM is the same as on Forgotten Records, except that both sides from the two LPs they derive from is reversed. As for the Bach with Marie-Claire Alain, there was, other than on Forgotten Records, a CD reissue by Warner Korea in 2015, “Original Jacket Collection” PWC2D0013, barcode 8809355971230. I don’t know which source TIM used, but I’m ready to bet that it’s not its own LPs and painstaking audio restoration.

Other than those issues with sources and transfers, one of the problems with this set is that you might think you’re making a good deal for 8 CDs, but you’re not. Timings are shamefully short, LP-tailored – and even then: not very generous LPs in some cases

I was also going to write that, with all that, some worthwhile Auclair recordings were missing. I was convinced that she had recorded Khachaturian’s Violin Concerto – an LP I recalled having in my collection – and was surprised to find no trace of it online, even using the French spelling Khatchaturian, or Khatchatourian. So I checked. Alright, t’wasn’t Michèle Auclair, but Claire Bernard. When you look at her discography (see on Discogs.com), Auclair didn’t record all that much, and rarely if ever with major orchestras and conductors (should we consider Van Otterloo and the Vienna Symphony – not “Philharmonic” – Orchestra as “major”?) and most of it is here indeed. Well, okay then, at least TIM’s set had the merit of helping me straighten out my personal violinistic who’s who, and render to Claire Bernard the things that are Claire Bernard’s.

No indication of release year on TIM’s box (I rely on Amazon for dating), no online address (and the one provided by discogs, http://www.intensemedia.de/, now leads to this: 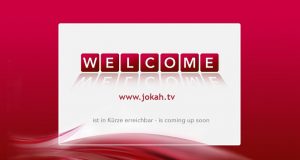 No libretto, the only thing you get is the little blurb at the back of the box (which mentions pianist Leon Pommers among the accompanists of Auclair in the recordings, and I’m still wondering where Pommers appears), and even then, they’ve managed to botch the English translation, whose last line is absolutely meaningless and bears no relation whatsoever to the German original. 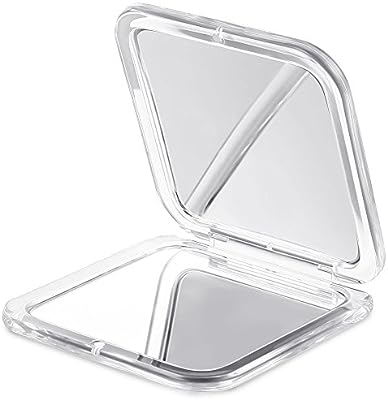 Oh. And the box opens the wrong way, not, as anybody would expect, as a book, but with binding to the right. Or, oh, no, wait, I get it! The binding is in fact at the TOP, and the box is probably meant to open like a lady’s purse mirror. Now there’s obviously a brilliant mind at the helm of The Intense Media!

I don’t know if she deserves the cult status that she seems to enjoy at least in Japan, but you really need to be a diehard fan of Michèle Auclair to purchase this set.

But since I’m at it, let me make this review really useful to the Michèle Auclair fan, by offering a little discography of the other Japanese reissues of Auclair’s  LP recordings. 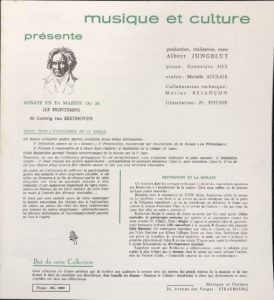 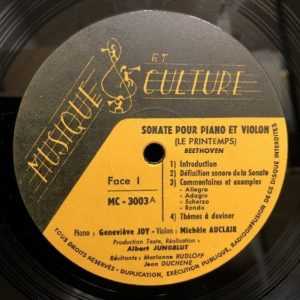