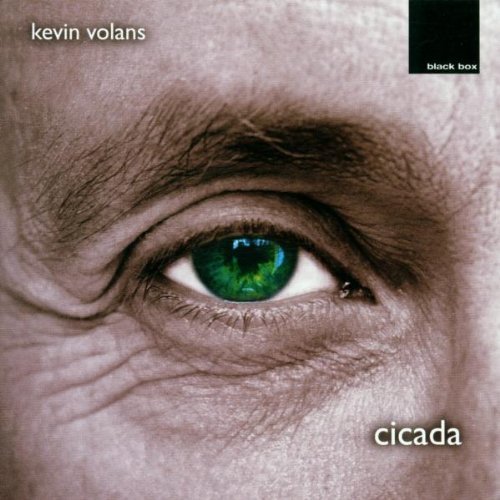 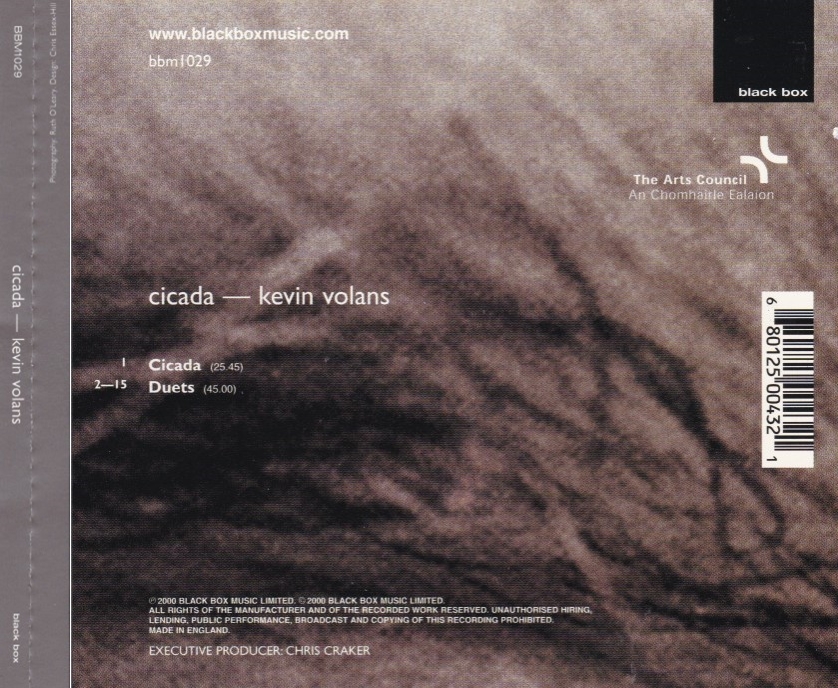 Stare at me with your blue eye all you want, but Volans loses me here
Originally posted on Amazon.com, 2 September 2010

I’ve been followings with much interest and sympathy the stylistic evolution of Kevin Volans, from the African-music-infused and dance-like repetitiveness of his first two String Quartets (“White Man Sleeps”, 1986, which, thanks to the advocacy of the Kronos Quartet, put him on the international map, and “Hunting: gathering”, 1987, also a Kronos commission and premiere, as well as the 3rd Quartet, “The Songlines”) through the increasing pointillism and minimalism of his 4th and 5th Quartets, to the bare, Cagean minimalism of his 6th Quartet, from 2000 (for all these, see my reviews of Kronos Quartet’s Pieces of Africa and Hunting: gathering on Elektra Nonesuch, the Balanescu’s Quartet recording of String Quartets 2 & 3 on Argo, the Duke Quartet’s 4 & 5 on Collins Classics and 1, 2 and 6 on Black Box – links will open new tabs).

Truth is, I’ve found the minimalist 6th less interesting and appealing than the first five, and here, with these two compositions for two pianos from 1994 and 1995, as sympathetic as I am to Volans’ music and as positive as I’d like to be, he makes it a tough call on me.

One of the interesting aspects of Volans’ creative attitude is that, more than any other composer past and present that I can think of, he has found his inspiration and models in the visual arts: and his particular spur are the minimalist paintings and installations of Phillip Guston (Movement for String Quartet from 1987, 3rd Quartet “The Songlines” from 1988), Jasper Johns (5th SQ), and he mentions a number of others as sources of inspiration for the minimalism of his 6th Quartet, like Mondrian, Malevitch, Yves Klein, Marc Rothko, Agnès Martin…

Cicada for two pianos was composed in 1994 and Volans calls it “my first genuinely minimalist piece”. The visual inspiration is a series of works of Jasper Johns with symmetrical patterns, but even more watching a square of sky turn from day to night inside a James Turrell light cubic light box. Unlike, say, Feldman’s or Scelsi’s, Volans’ minimalism here is repetitive. 25 minutes of repetition of a simple and slowly evolving melodic cell. Volans’ repetition is dreamy and atmospheric, nowhere as dense and high-strung as Riley’s, nowhere (thank God!) as cloying as Glass’ or overplumb as Adams. It reminds me rather of the catchy repetitive ditties of Dutch composer Simeon Ten Holt (see Simeon ten Holt: Complete Multiple Piano Works [Box Set]) – more dreamy but not quite as catchy and colorful.

At 19:45, something really dramatic happens: the repetition stops and the material changes: there is a single-lined, recitative-like upward moving melodic line made of four pitches, played by one piano, vaguely foreboding-threatening and repeated a few times, followed by a series of tolling and resonant chords that sound based on the previous material played at various pitches (layman’s ears listening here). The same process repeats another time, slightly varied, and the main music returns, now alternating with the tolling chords.

Cicada wasn’t what you’d call attention-arousing (although it can easily send you in a dreamy state of mind), but the Duets are worse. They were commissioned for a dance piece of 45 minutes and were to mix tape and a live element. Interestingly, Volans invited a former student of his, the Italian Matteo Fargion, to collaborate with him on the composition (and the disc should really bear both names). Taking Cy Twombly as his visual model, Fargion composed “a dozen of sparse pieces consisting of sound equivalents of scribbles and blobs”) and superimposed them on tape, up to 16 layers. This compositional process took place independent of the choreography, but when a video tape of the first section of the choreography arrived, Volans realized that the music was not suited for it. So he sat down at the piano and recorded an improvisation, which he then transcribed.

However, when the tape of the second part of the choreography, it turned out that the music initially composed by Fargion was here perfectly suited. The resulting composition divides then in four parts: Volans’ transcribed 10-minute impro, Fargions taped superimpositions, a combination of the two, and a coda of sorts consisting of tape music composed earlier by Volans.

OK, so this is the process, but what about the result? Unfortunately, exactly what the process seems to announce: Volans’ part is slow-moving and wistful, like a middle-of-the-night improvisation in the midst of a drab insomnia, its material rapidly wearing out. Fargion’s part, like Conlon Nancarrow’s player piano gone mad, or else like a mockery of “Avant-garde” music – you know, when you sit at the piano and say, “sure, I can compose contemporary music” and start pounding randomly. Each Fargion snippet is short, roughly a minute – there are eight of them – but then Volans has seen it fit to separate them (and the subsequent combinations of his and Fargion’s music that makes up part 3) by silences, some short, but some wearingly long (up to 1:45, and 1:45 of digital silence is veeeeeeeeeeeeeeeeeery long). Not good thinking, I’d say: what may perhaps make sense in the context of a live dance performance is totally inept on CD, and very tedious.

In the third section, starting track 11, the music dissolves even more, with the superimposition of a few spaced-out chords from Volans’ part 1 and a few high-register poundings from Fargion. As for the last track and coda, it is a long span of meaningless tape music with a few noises here and there, just an electronic drone and intermittently clicking coins, occasional steps on a path and so forth. And Volans forces 9 minutes of such meaningless rubbish upon you. Ugh!

And remember: I am very sympathetic to the music of Volans. I’ll stick to the strings quartets.