Despite a huge output including eleven operas and stage works, Scotsman Iain Hamilton never made it to true recognition and prominence during his lifetime, maybe because during the 1960s and 1970s he lived and taught in the US, or maybe because his works were too modern for the British audiences in those years (in the mid-1950s he embraced serialism), but not enough for those on the continent favorable to the most cutting-edge avant-garde. Or maybe simply because he was an avowed homosexual and outspoken person, never shy at expressing his contempt for his fellow British composers, especially Britten. The 1951 Piano Sonata –  great and powerful work, although less original than the  Tippett First Sonata on the same CD – and 1952 Violin Concerto – very lyrical in an anguished manner, tormented and dramatic – is where the composer starts, and then he discovered the music of Webern and wrote serial music. The Sinfonia is not easy-listening, but very elaborate.

The music of Hamiton is VERY BADLY represented on disc. So far as I can ascertain none of his four symphonies have been recorded, or his two other piano sonatas, to say nothing of his operas. The modicum of good news is, since I last checked (around 2014), one new CD of music of Hamilton has come out, on Lyrita REAM.1126 (2016), barcode 5020926112620: 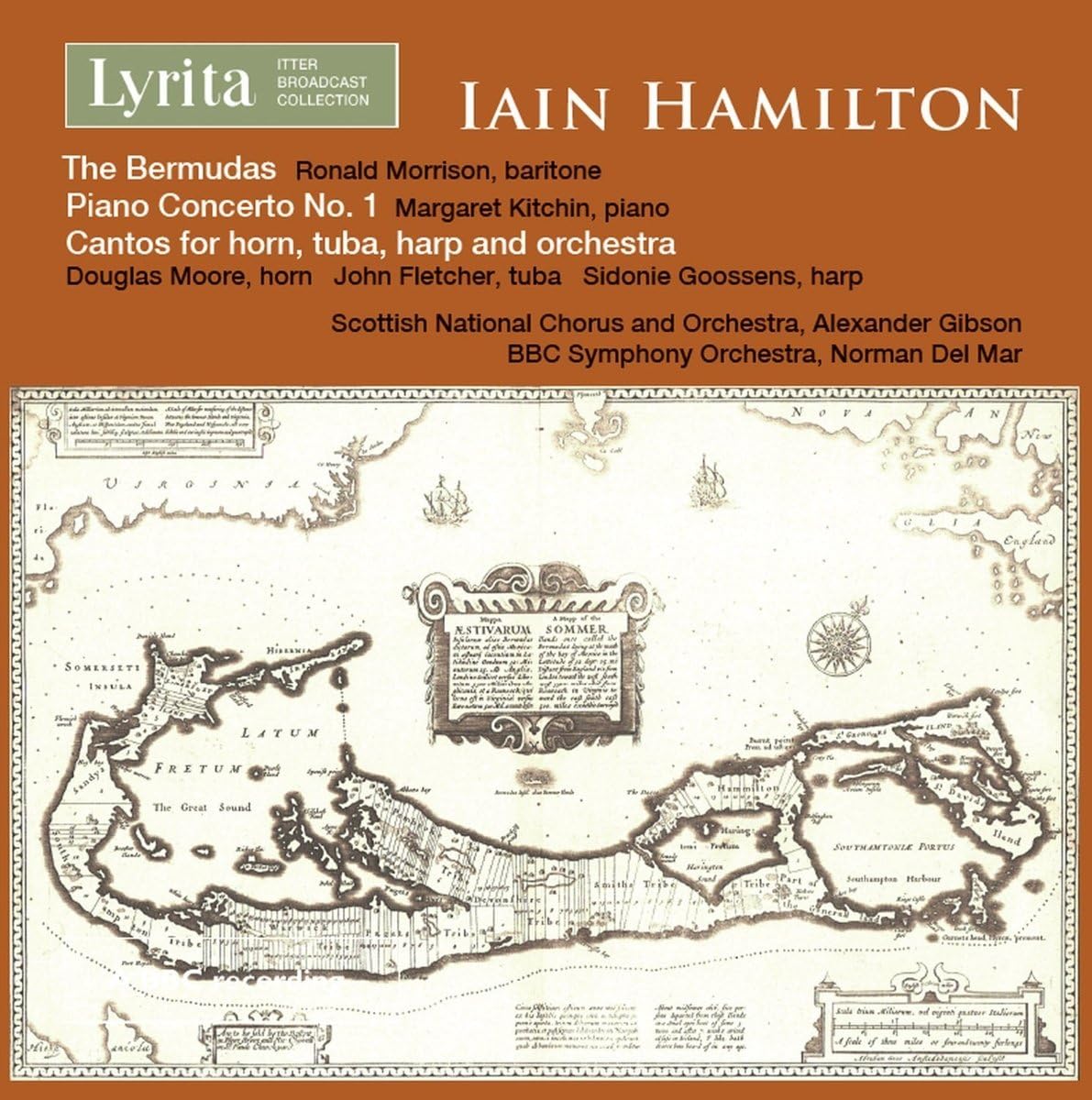 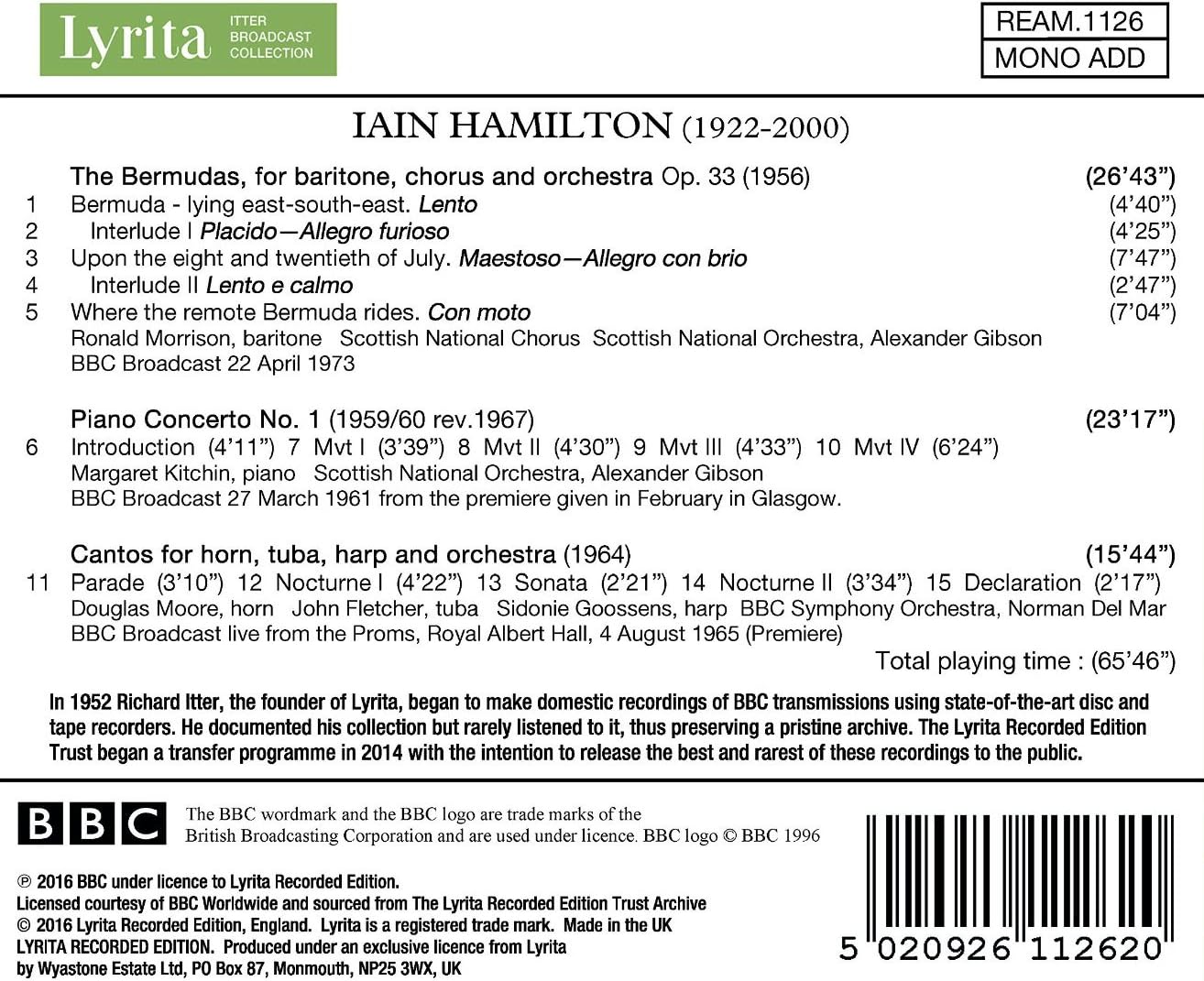 The symphonies of Humphrey Searle have been recorded by cpo, Chandos has offered a fine 2-CD survey of the music of Malcolm Williamson: a major rediscovery of Hamilton needs to happen.