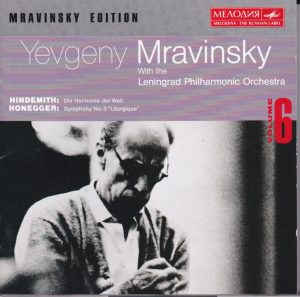 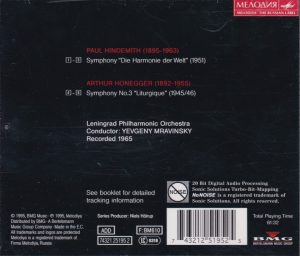 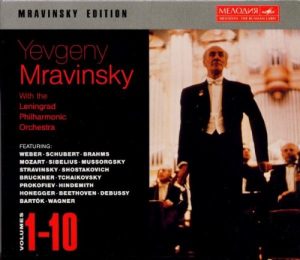 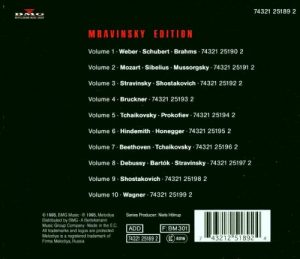 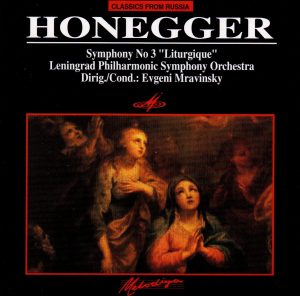 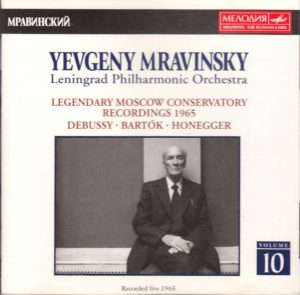 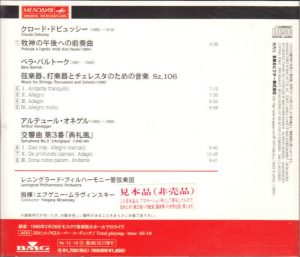 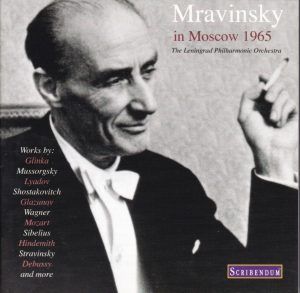 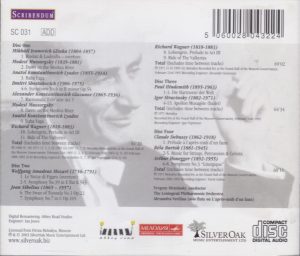 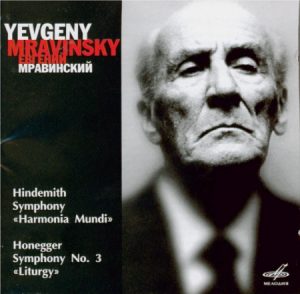 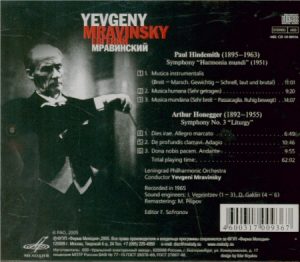 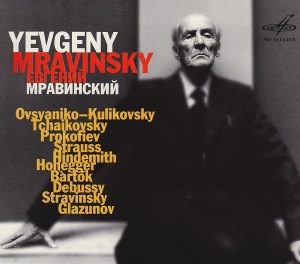 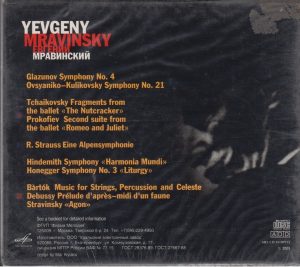 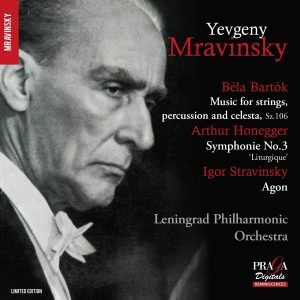 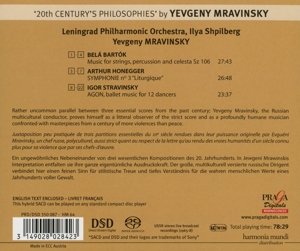 Honegger’s Third Symphony was recorded live on February 28, 1965 by Mravinsky and his Leningrad Philharmonic, and it is still today one of the greatest versions documented on disc. What makes it so is its unparalleled level of intensity, fire, relentless anger, joined with (and abetted by) the vivid sonics and the very crudeness and brutality of the Soviet brass. Honegger’s Symphony was meant as a cry of despaired and hopeless revolt against “modern times” by a depression-stricken composer. Honegger described the first movement, “Dies Irae”, as “the day of wrath, the explosion of force and of hatred which destroys everything and leaves nothing but debris and ruin” and the Finale as “the implacable rise of man’s enslavement, of his complete loss of freedom which drives him to this desperate cry… the march of robots agaist civilized man, holder of a body and a soul”. Of the recordings from the LP era, you heard this with Serge Baudo (1960, the first leg of his complete traversal with the Czech Philharmonic for Supraphon), but overall with less intensity (in the second and third movements) than with Mravinsky. You hear it with Munch (a live performance given with the Boston Symphony Orchestra in Prague and the conductor’s only testimony in that work so far, released by Multisonic only in 1990), but the 1956 mono live sonics can’t compete. Ansermet (in 1968) put Decca’s great sonics at the service of a polite interpretation – wrath seen by the Swiss. Karajan (DG, recorded in 1969 but released only in 1973) was powerful and supremely elegant, but the anger, rage and fury of the first movement were kept under control so as not to scare off the public (but Karajan amply made up for it in his deliberate but massively powerful Finale). Mravinsky on the other hand pulls no punches, there and in the two next movements. It is typical that he drives what remained the most urgent Finale ever before Mariss Jansons’ version in 1993 on EMI (and nobody since that I’ve heard has come close to either), even marginally swifter than Munch’s, almost 30 beats above Honegger’s metronome indication of 88 quarter-notes per minute: he makes it sound like one of the furious movements of Shostakovich’s 5th or 11th Symphony. Maybe the tragedies of 20th Century Soviet Union taught Mravinsky a thing or two about wrath, hate, destruction, enslavement, anger. Like Munch, he almost makes sense of the overlong and diffuse slow movement, by taking it at a very flowing tempo, and the very crudeness of his brass helps a lot to heighten the impact of the few short climaxes. This is live and alas the concertmaster lets his bow stick on the string while playing his final sustained G sharp: it should have been totally ethereal and other-worldly, and here you are reminded that matter and gravity always weigh you down – but after all this is remaining true to the message that Honegger wanted to convey: “the symphony ends with an – alas! – utopian evocation of what life could be like in brotherhood and mutual love…” It is live and it was February in Leningrad, there are a few intrusive coughs, especially annoying in the slow movement, but what’s a cough or two in the face of wrath, hatred, destruction and a glimmer of desultory hope?