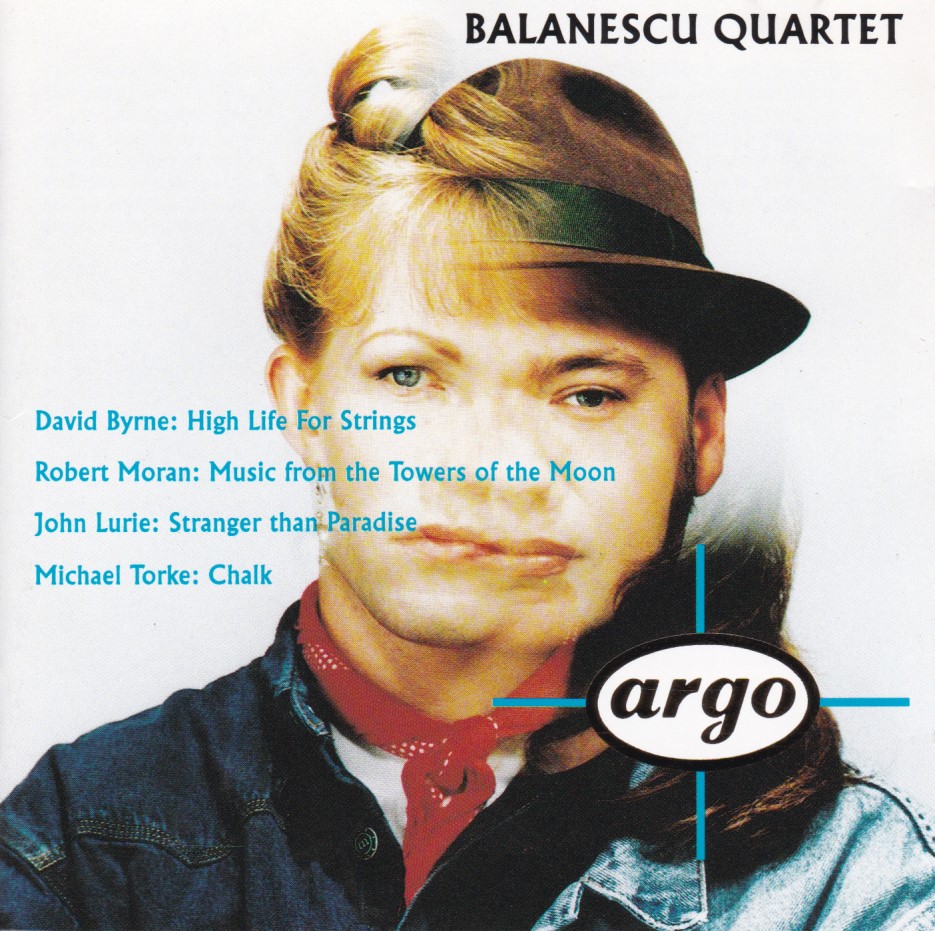 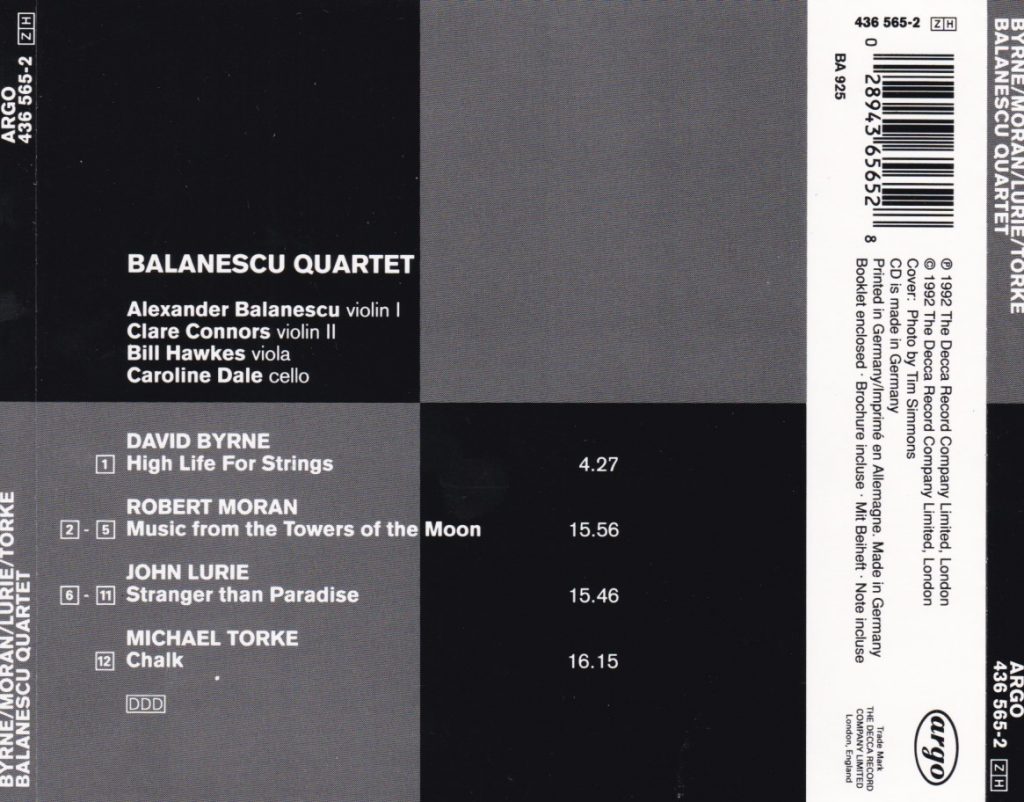 In the 1980s, the Kronos Quartet set a trend by commissioning and playing works for string quartet from composers and in a style that were closer to “World Music” than to the established traditions of western classical music. That trend met another one, the rejection of the “highbrowed”, demanding avant-garde music from the second half of the 20th Century, a rejection that had begun as early as the avant-garde itself with Cage’s music for prepared piano, and that found one of its main outlets in the repetitive minimalism of Riley, Reich and Glass, later emulated in Europe by Pärt, Gorecki, Tavener and a host of others in the US, Great Britain or the Netherlands. Contemporary classical music set out to meet the masses. Many supporters of highbrowed avant-garde music looked down sneeringly and scathingly on these attempts, hearing in them only a relinquishment of compositional exigencies – if the masses cry for dung, should you be the one to give them dung? The Rameau-Pergolesi dispute was revived three centuries later, and to the same results: as years went by, those supporters of the demanding avant-garde withered and died of old age – just look at me! – and composers of easy music for the masses carved out a place under the sun for themselves.

I’m probably not as highbrowed and uncompromising as it seems, because I have enjoyed some of those repetitive and world-music-inspired compositions. It is not the repetition and the catchy melodies I dislike – like everybody I hugely enjoy Ravel’s Bolero – but the sentimental and saccharine harmonies that often go with them, especially in the music of Glass and Adams. On the other hand, the String Quartets of Terry Riley, composed for Kronos, are among my favorite late-20th Century works for the medium (see my reviews of Cadenza on the Night Plain and Salome Dances for Peace), alongside such intricate and demanding works like the string quartets of Ligeti, Lutoslawski, Crumb, Penderecki and Dutilleux.

Anyway the foray of Kronos into World Music must have met a wider public than that of classical music, and other ensembles followed suit. The Balanescu Quartet, founded in 1987 by violinist and composer Alexander Balanescu (also founder and leader of the Michael Nyman Ensemble and former member of the Arditti String Quartet), is such an ensemble. Their first recording, in 1991, on Argo, was devoted to the string quartets minimalists Michael Nyman (Michael Nyman: String Quartets 1-3 – Balanescu Quartet) , soon followed on the same label by those of Kevin Volans (String Quartet No. 2 “Hunting : Gathering”, String Quartet No. 3 “The Songlines”, Argo 440 687-2). This one, published in 1992, combines the American minimalists Robert Moran and Michael Torke and compositions by musicians more closely associated with World-Music or progressive Jazz: David Byrne and John Lurie.

Of the four composition, only Moran’s “Music from the Towers of the Moon” (derived from his opera “From the Towers of the Moon”, premiered in 1992) disappoints. Other than a one-minute ear-catching passage of raining pizzicatti at the end of the third movement (starting at 4:25), it is only “pretty”, sentimental and sweet like a sugar candy – enjoyable to have melting in your mouth for two minutes, but not very substantial (and not very good for the teeth on a longer basis). It would make good film music, I guess.

On the other hand David Byrne’s “High Life For Strings”, inspired by West African popular music, is a nice piece, with a fine dancing swing and imaginative sonic invention, including inspiring high-pitched glissandis that sound like subdued sights of wailing. It is also very short – in fact, too short for its worth: 4:25.

Lurie‘s music from Jim Jarmush’s 1984 movie “Stranger than Paradise” also has some very atmospheric moments with fine sonic invention. The music veers between repetitive dance (tracks 8 and 9), Gipsy-inspired (track 11) and blues (end of track 6, track 7), but the music is pervaded by a bleak and expressionist mood (and the black and white Jarmush film was exactly that) that in many ways seems grounded more in the traditions of Classical music than of popular music.

If your attention has wandered, you might not noticed that you’ve entered track 12 and another composer. Torke’s Chalk (1992) is typical repetitive, with an added touch of vehemence and some fleeting moments of ravelian lyricism. 16 minutes might seem too long, but in fact it is that very length that makes it doggedness interesting.

Nice photo art: the cover photo shows a blending of the faces of the four musicians from the Balanescu Quartet. In the booklet’s inside pages, in the course of two more portraits, they progressively return to their individual selves. That’s better than Alexander Balanescu’s partners will get on the highly entertaining “crossover” discs the ensemble recorded for Mute records in 1992 and 1994, with compositions of Balanescu, Byrne and Kraftwerk (Possessed and Luminitza). “Possessed” is particularly effective.