Famous jazz critic, musicologist, and composer. I came to Hodeir through my infatuation with The Swingle Singers. Hodeir’s “Bitter Ending” on Epic EPC 80544, a jazz cantata based on the final monologue of Anna Livia Plurabelle in James Joyce’s Finnegan’s Wake, was the last album the Paris-Swingles recorded, in 1973 (maybe the album’s title was premonitory?). It was never reissued to CD. The idiom straddles free jazz and contemporary-clasical – it is not so distant from a piece written by Luciano Berio in 1965, Laborintus II for speaker, three female soloists and ensemble, and it isn’t entirely surprising that it’s the two sopranos and mezzo from The Swingle Singers who recorded it with the composer in circa 1968 on Harmonia Mundi.

Bitter Ending makes me want to hear its predecessor, another jazz cantata on Joyce, “Anna Livia Plurabelle”, on Epic EPC 64695 (also reissued on Carlyne Music CAR 005), US edition Philips PHS 900-255. It too was never reissued to CD, but note that there is a more recent recording on CD, Label Bleu LBLC 6563, with an ensemble conducted by Patrice Caratini: 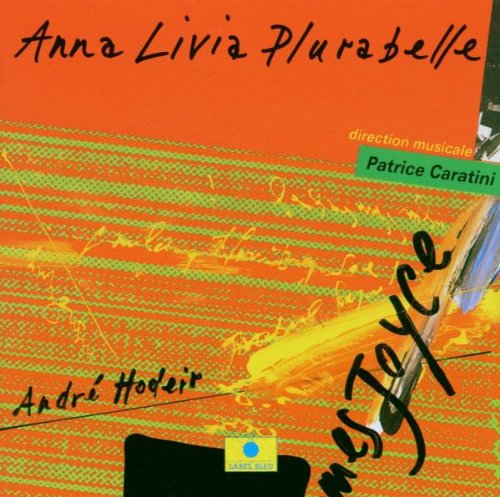 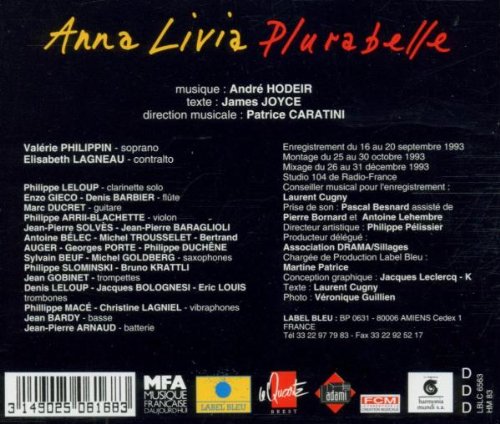