So, Amazon gets worse by the day. Here’s a new episode, which I’m documenting here only for memory.

For my discographic and purchasing purposes, I do a lot of searches on Amazon, using CD barcodes because they are the surest, and sometimes only way to find a CD, given the mess that most Amazon CD entries are (see my blog post of yesterday). And sometimes I’ll find that a CD has never been listed on Amazon. It happens especially for CDs published between 1983 and circa 1995, when Amazon was created. It may be that it is a CD that I want purchase, and that some sellers have it for sale, but since it isn’t listed on Amazon, they  don’t go through the trouble of creating the listing themselves and simply don’t sell their ware on Amazon. Or, it is a CD that I want to sale myself (usually because I have two copies).

So, in either case, I’ll oblige and create the entry myself. Trust that the product info and cover photo (which I retrieve from other websites in case of a CD I don’t have) is always correct and precise. Speaking only of CDs I’m hoping to buy, I must have created, over the years (not that I wish to count precisely) something like a hundred such entries, maybe less: from labels Adda, Adès, Cybelia, early Deutsche Harmonia Mundi, some early Erato…. I’d need to do much more but… well, there’s only 24 hours in a day. Eventually offers from marketplace sellers appear (usually more expensive than what I’m willing to pay, but I’m patient). So, fine, seller is happy, buyer is happy, a win-win situation, right?

But that’s counting without the asses who run Amazon.

In my recent discographic searches on Amazon, I’ve noticed that Amazon had wreaked havoc in the product images of many, many CD entries. Product images that used to be there are now gone. And you know that it’s not that the image was never there in the first place, because whenever the backcover photo was also available as image 2, oftentimes it is still there (here’s an example: https://www.amazon.fr/dp/B000TT1QOG). Only main photo has been suppressed. And to make things even worse: the absent product image is indicated… in Dutch!!! 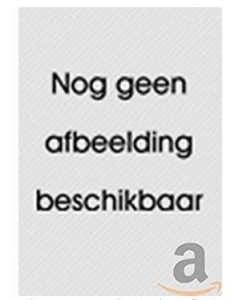 “Nog geen afbeelding beschikbaar” my foot! Why Dutch? Why the suppressed cover photos? Oh, do you ask “whys” about Amazon’s motivations? Bureaucratic incompetence, I would say.

But now I see that those damned, obnoxious ASSES have suppressed said images – front AND back – from some of my own entries!!! Here’s an example: Anthony Davis’ The Life and Times of Malcolm X on Grammavision (in this case, a set that I had in two copies and re-sold some months ago), ASIN B000009JE4.

This is what the entry looks like now on Amazon.fr:

Yet these are the images that I uploaded and that were, and should be, used :

I’ve tried to send a request for modification of the image. “We are facing some technical issues as of now, please try again later.” I hate them.

And a post-script from a couple of hours later. Apparently they DID receive my request. I’d rather they hadn’t. Here’s the response – I’m translating from the French and… boy is that gibberish difficult to translate !

“We cannot modify the category tree node (noeud d’arborescence de catégorie) suggested for the product identifier: B000009JE4.  It seems that this product is out-of-stock in your inventory”. No kidding, I couldn’t have invented that. You think they’re making it up just as a repellent against requests like the one I did? You know, like: requests to fix a faulty entry and improve the site, help sales, all that petty stuff? Is it just a sophisticated way of telling me: “why don’t you fuck off, guy! Ya think we’re paid to examine your shit and improve this website?”

And it gets worse. Because it’s one thing to suppress the legitimate cover image from an entry; it’s something else to replace it with a conspicuously WRONG image of something entirely different. Here’s another entry I created, ASIN:B00Q0KR1Z6, an early Deutsche Harmonia Mundi, Schütz’ First Book of Madrigals by the Consort of Musicke under Anthony Rooley (original CD edition, DHM 567 16 9527 2, that’s even before DHM was taken over by EMI). These are the legitimate front and back cover photos as I had uploaded them

(and for a better view:)

And this is the entry as it stands now:

Anybody wants to buy that CD? Good luck to the guy who’s currently selling it for circa 20 euros. My conclusion: Amazon is a bottomless pit of customer- (and marketplace seller-)adverse incompetence.